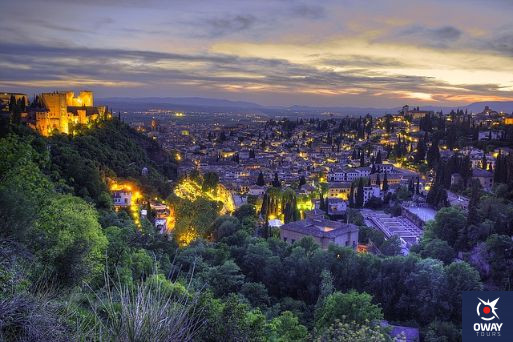 If there is one thing that Andalusia should not envy, it is the attractiveness of its land and towns for tourists. The good weather, the historical, artistic and cultural heritage, its outstanding gastronomy and its wonderful people are some of the touristic attractions that combine to make the Andalusian territory the first tourist destination chosen by the Spanish.

This time it is Granada‘s turn, one of the most visited cities in the country. At Oway Tours we recommend the best plans to enjoy the city of Granada without spending too much money, read on!

If you are in the centre of Granada or in the area around the Alhambra, the only cost to get to the Viewpoint of San Nicolas will be the price to get on the bus to the Albaicin quarter, which is 1 euro and 40 cents.

At this popular viewpoint you can enjoy a panoramic view of Granada, as you will be at one of the highest points of the city. Right in front of you will be the imposing Alhambra, allowing you to enjoy a more general view of this monumental complex. At its feet you will see the different neighbourhoods of the city, an image that, at nightfall, becomes a beautiful dance of lights.

You can use the bus lines C31 (Albaicín-Centro) and C32 (AlhambraAlbaicín). The good thing about both lines is that the stop where you have to get off is the Plaza de San Nicolas (San Nicolas Square), which has the same name as the viewpoint, you can’t miss it! 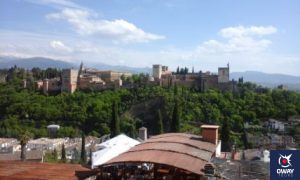 2 Have Lunch or Dinner in the Albaicin

Once you are done with your visit to the Albaicín quarter and the Mirador de San Nicolás, we recommend you go to the Plaza San Miguel Bajo. In this square you will find several tapas bars and restaurants characterized by a very good quality-cost relationship. Some of these establishments are the Mesón el Yunque and the Bar Ocaña.

If your goal is not to eat or dine, there is no problem. These bars also offer very good tapas and are perfect for a brief stop.

In Oway Tour we also recommend a variety of guided tours in the city of Granada among which are the guided visit to the Albaicin and Sacramonte, two of the most ancient and important quarters in the Granadan city. 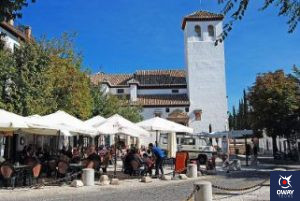 From the moment you set foot into Granada you will have the opportunity to enjoy temporary exhibitions that are set up all over the city and which are totally free. Moreover, several museums in the city open their doors to all visitors at more than an affordable price. Some of them are the: 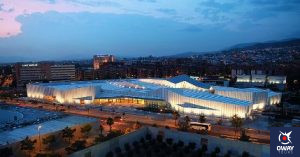 Entering the largest monumental complex in the city of Granada may be cheaper than you think. Although the general entrance to the Alhambra costs about 15 euros, you only need to be a citizen of the European Union and have the so-called Carnet Joven (Youth Card), which is valid until the age of 26. With it, the price of this ticket is reduced to just over 9 euros!

Furthermore, don’t hesitate to join us in our guided visits to the Alhambra to discover the most hidden secrets of this fortified ancient city. 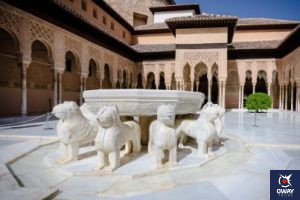 5 Visit the Cathedral and the Royal Chapel

Without a doubt, you cannot leave Granada without visiting its Cathedral, which is located right in the centre of the city. The individual entrance fee is 5 euros but for students up to 25 years old the price is reduced to 3.5 euros. On the other hand, you can access the Royal Chapel attached to the Cathedral, whose prices are identical to those of the Cathedral.

If you are interested in getting to know more deeply about these monuments, you will have the opportunity to participate in our guided visit to the Cathedral and the Royal Chapel, always accompanied by the best experts!

Unfortunately, due to the current situation we are experiencing, visits to the Royal Chapel have been suspended until further notice. In spite of this, next to both monuments you will find the Plaza Bib-Rambla. This square is full of shops, cafes and bars where you can enjoy the leisure atmosphere of Granada while having a coffee, an aperitif or some tapas. 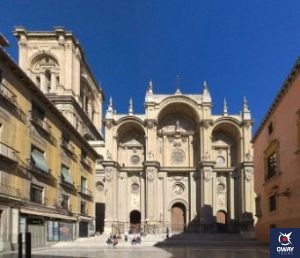 We bring you the most relaxing and cheapest option of all: walking quietly along the charming Paseo de los Tristes (‘Walk of the Sad’). Recognised as one of the most beautiful walks in the city of Granada, you will find a great variety of regular and souvenir shops located along the Darro River, which is crossed by up to 14 bridges along its length. 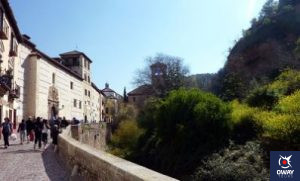 As you can see, the city of Granada offers plans for all tastes and not having much money will not be an obstacle to enjoying this wonderful town. Don’t hesitate anymore and enjoy the best landscapes, monuments, bars, walks and atmospheres of the Granada province.