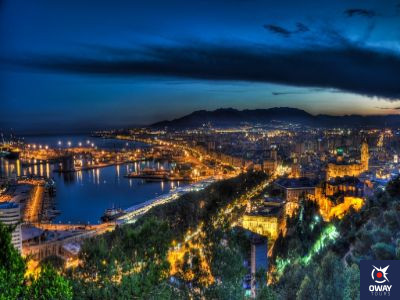 Malaga, the capital of the Costa del Sol, is one of the most famous cities in Spain because of its beaches and the beauty of its city, which you will want to return to. Here you can enjoy an incredible experience and an enviable cultural offer, as well as its delicious gastronomy. Still not convinced to visit Malaga? Here are 10 essential plans that will convince you.

Roman Theatre and the Alcazaba

The Alcazaba and the Roman Theatre in Malaga are two of the great tourist attractions of the city due to their historical and cultural value. Both are located in the historic centre of Malaga, in Alcazabilla street. The Roman Theatre is located at the foot of the Alcazaba, and from here, you can follow the path that leads to the Gibralfaro Castle, another emblematic place in Malaga that will not leave you indifferent.

The Roman Theatre of Malaga was built in the 1st century A.D., at the time of Augustus, and continued to be used until the 3rd century. Between the 5th and 6th centuries, the theatre was used as a cemetery until the Byzantine occupation in the 6th century. In the following centuries, the theatre was abandoned and is believed to have served as a supply of building materials for the construction of the Alcazaba by the Arabs.

It was only in 1951 when the theatre was discovered, thanks to the demolition of the Casa de la Cultura, that it was declared an Asset of Cultural Interest. 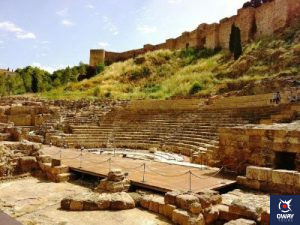 Pablo Picasso is one of the great illustrious figures of the city of Malaga. In his museum you can enjoy a large number of works by the artist. It is located in the heart of the city centre, in the Buenavista Palace, a place where art, history and architecture come together to create one of the most important museums in Andalusia. But this is not the only museum to see in Malaga, you should not miss the Carmen Thyssen Museum, the Museum of Malaga and the Automobile Museum, among others. 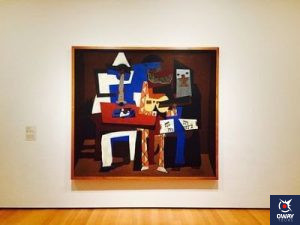 From almost anywhere in the historic centre we can see this tower rising majestically in the capital of the Costa del Sol. After conquering the city of Malaga, the Catholic Monarchs ordered the construction of a huge Christian temple. The project did not begin until 1528. Originally, the plans were Gothic in style but the architects Diego de Siloé and Andrés de Vanderlvira transformed it into a Renaissance project that would end up having Baroque details.

Inside there are spectacular pieces of great wealth such as altarpieces by Juan Niño de Guevara, Claudio Coello, Alonso de Mena, Francisco Palma Burgos and Enrique Simonet. Paintings by César Arbassia, Ventura Rodríguez and Juan de Villanueva, among others.

In 1782 the construction of Malaga Cathedral was “finished”, although only the north tower was erected. The south tower, as it is preserved today, was left unfinished. 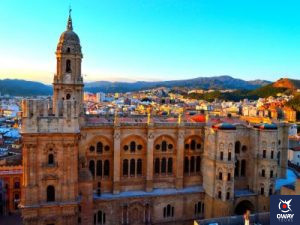 The Atarazanas market is located on the site of a 14th century Nasrid shipyard which, after the Christian conquest of the city, was used as a warehouse, arsenal, military hospital and barracks. The 14th century dockyard was one of the largest and most impressive buildings of its time and the Atarazanas were distinguished by the seven horseshoe arches that formed its façade. Today, only one remains, which was declared a monument of historical and artistic influence in 1978, although there is no sign of the arch’s historical significance.

We recommend that you note the two small coats of arms inscribed in Arabic, which you might overlook, near the top of the arch, which read “God alone is the conqueror, glory to him”. 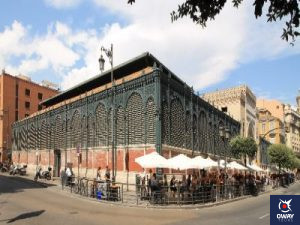 Located between the Port of Malaga and the beach of La Caleta, this beach is one of the best known and most popular for both locals and tourists. With dark sand and moderate waves, it is 1,200 metres long and 45 metres wide on average. It is also surrounded by an extraordinary promenade with many palm trees. This urban beach is located 10 minutes from the city centre, in the district of La Malagueta, next to the modern Muelle Uno. It has a wide range of leisure and entertainment facilities, and you can also enjoy services such as sun lounger and parasol hire and nautical equipment. For the little ones, this beach has a children’s play area, which makes it a perfect place for the whole family to enjoy. Also, very close to this beach we can find the Real Club Mediterráneo de Málaga, the oldest centenary club in Spain. 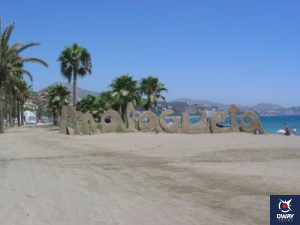 You can’t leave Malaga without trying a good espeto, a typical dish of Malaga’s cuisine, which consists of “espetar”, that is to say, stringing fish, traditionally sardines, on thin, long rods, to be grilled with firewood and generally in a boat next to the beach bars using the sand of the beach. The procedure for cooking the espeto consists of inserting sardines through the back of the sardines and ensuring that they are all placed equally on the rod. In this way, the sardines will be cooked over the coals, having to turn it so that it is well done on both sides.  To try the best espetos in Malaga you should definitely look for a traditional chiringuito where they serve it authentically. 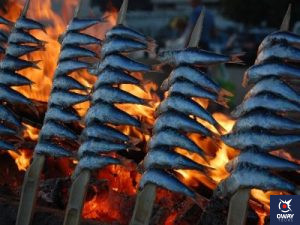 This is a perfectly symmetrical street that exudes balance and symmetry. In addition, the corners of all the buildings are rounded to allow air to flow through the streets in the centre and prevent the spread of disease in the 19th century.

This wide avenue that runs through the historic centre exudes elegance at every corner and invites tourists and locals alike to stroll aimlessly. Calle Larios is Malaga’s main shopping area. As well as being an obligatory place to pass through, it concentrates numerous clothes, cosmetics, decoration and other services shops that make it an excellent area for shopping in the heart of the historic centre of Malaga. 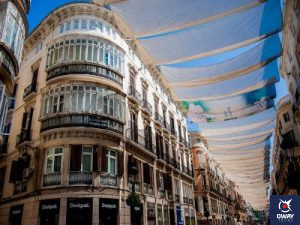 The Best Sunsets on the Roof Terraces of Malaga

The roof terrace on the eighth floor of the Hotel Molina Lario can boast one of the most privileged views of “la Manquita”, the cathedral of Malaga and the port of the city. Its swimming pool Lounge is a charming place where you can spend a good time in good company, have a drink or some excellent tapas. At the foot of two of Malaga’s most emblematic monuments, the Alcazaba and the Roman Theatre, you will find Batik, a modern hostel where you can enjoy unbeatable views in a chill out atmosphere.

Another place where you can enjoy a good time having a drink is Chinitas Urban Hostel, located in Pasaje de Chinitas, with a relaxed and romantic atmosphere where you can also try their delicious and light meals. Finally, we recommend another terrace with a livelier atmosphere. Located on Calle San Juan, we find the Terraza de San Juan, Premium Hotel with spectacular views of the Manquita, and with spectacular drinks and a variety of cocktails to spend a wonderful night. 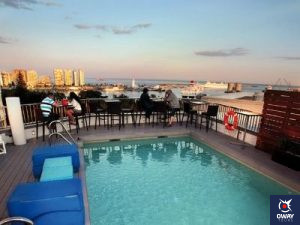