The 8 sustainable destinations in Andalusia that you should know 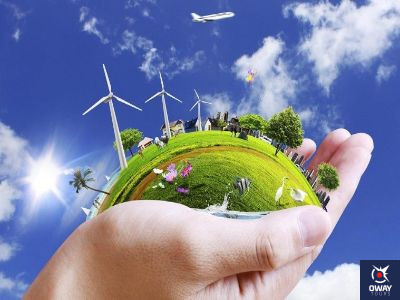 As time goes by we are more aware of the environmental problems we are facing. For this reason, sustainability is becoming a trend in all aspects and consequently in taking care of the planet. Thus, the tourism sector is increasingly adapting to more and more demanding tourists who are looking for tourism that contributes as little as possible to the degradation of the place they visit.

The management of waste separation, care in the urban water cycle, the rational and efficient use of energy as well as the improvement of the landscape and green areas, are some of the actions that are being carried out. In this article you will learn about the destinations that are carrying out these actions in order to enjoy responsible tourism that allows them to coexist in harmony with the environment, leaving the smallest possible footprint.

Nerja is a fishing and agricultural municipality in the province of Malaga in Spain, surrounded by mountains and overlooking the cliffs of the natural area of Maro-Cerro Gordo, which is why it is such a popular destination. The cave is the most visited natural monument in Andalusia, with around half a million visitors a year. Its subtropical climate and 320 days of sunshine a year, make Nerja the ideal place for relaxation tourism and the enjoyment of numerous water activities.  It is on this list due to the creation of its sustainable plan based on the promotion of collaboration between the different agents of the sector, focusing on the needs and problems of the sector, actions related to the improvement of infrastructures or services and the commitment to the training and professionalisation of the sector. 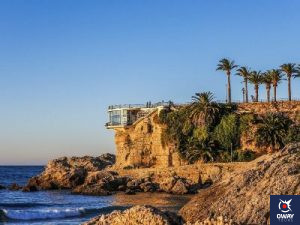 Situated on the western part of the Costa del Sol and although it owes much of its worldwide fame to Puerto Banús, the city of Marbella has an appeal of its own for tourists who choose to visit. The city is large and elegant where the modern and the classic blend together, it is a cosmopolitan city with numerous accommodation options.

Marbella in collaboration with BASS Houses, which deals with bioclimatic designs, bio-compatible materials and high energy efficiency, has made Marbella not only a destination for luxury and relaxation but has brought about a new era of ecological and sustainable awareness where health, wellbeing, the environment and its care take precedence. 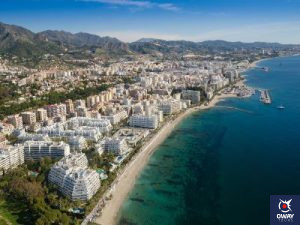 Barbate has a strategic location, bordering Tarifa to the south, Vejer de la Frontera to the north and the Atlantic Ocean to the west. In addition to the town centre, Barbate is divided into the districts of Zahora, Caños de Meca and Zahara de los Atunes. The history of the municipality is linked to the sea, to fishing and especially to bluefin tuna and the almadraba (tuna traps). In 1805 it was the scene of the famous Battle of Trafalgar, the naval battle between the Franco-Spanish fleet and the English navy, led by the famous Admiral Nelson.
This destination has no place for mass tourism, but rather for sustainable tourism, promoting integration and local economy. Its offer focuses on equestrian rides, visits to fish canneries, hiking trails… This corner of Cadiz is equipped for visitors to enjoy the scenery while leaving a minimal footprint on the environment. 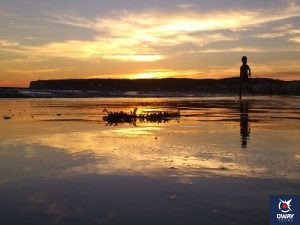 A town in which the architectural ensemble formed around the square and made up of the Town Hall, the Church of San Pedro and old ancestral homes stands out. It also has a 15th century castle and the Convent of Las Mercedes.

Within its boundaries is the Laguna del Portil, declared a Nature Reserve due to its interest as an area of passage for a multitude of birds. It also has another area of great scenic beauty, the Paraje Natural de las Marismas del Río Piedras y Flecha del Rompido, which it shares with the nearby municipality of Lepe.

In Cartaya, the tourism plan focuses on the promotion of local gastronomy, and there is also a cultural tourism programme agreed with the Business and Neighbourhood Association and the Town Council. This is a destination where access for people with reduced mobility has been made more accessible. They have also improved the lifeguard coverage and increased the number of staff maintaining the beach areas and the busiest areas in summer as the population increases in large numbers during this season. 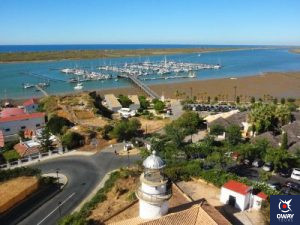 Located in the west of the province of Huelva, on the Costa de la Luz, Isla Cristina is a modern town with a great seafaring tradition, a paradise for salted and canned fish. Within its municipal boundaries is the natural area of the Isla Cristina Marshes, which includes habitats of varying salinity on which various plant species and important birdlife thrive. 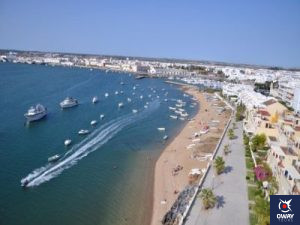 On the shores of the Atlantic, right on the coast of Cadiz, you can find a town full of charm and magic, not only for its views, but also for its culinary culture and its inhabitants, which definitely make it an ideal place to spend a holiday in the province of Cadiz with family or friends.

Conil, a wellness destination you’ll want to come back to. This is due to the fact that the locality maintains very well the open spaces, extensive beaches, with all the services, and very natural. In addition we can find special accommodations, charming restaurants and bars and opportunities to blend in with the popular culture, art and crafts. 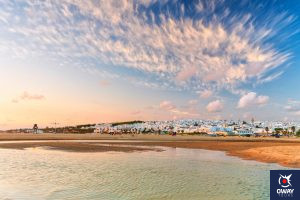 The mild climate and the warmth of its people give this place a special value, so much so that the town has been awarded the title of “town with the best climate in Europe“, thanks to its eternal spring, characterised by average annual temperatures of around 18 degrees Celsius.

The fundamental basis of the strategy of this coastal town in Malaga to be considered a sustainable destination, is to attract quality tourism and loyalty by taking advantage of the many opportunities and diversification offered by tourism in Torrox in order to advance in the fight against seasonality and promote the creation of jobs for the local population. 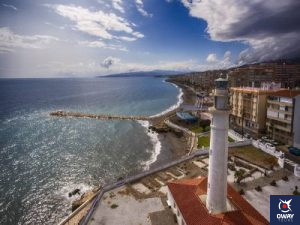 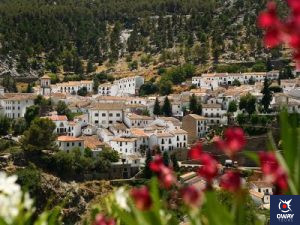 You cannot miss any of our most recommended services!