Royal Stables: The Cathedral of the Horses

A millenarian walk through the Old Town of Córdoba 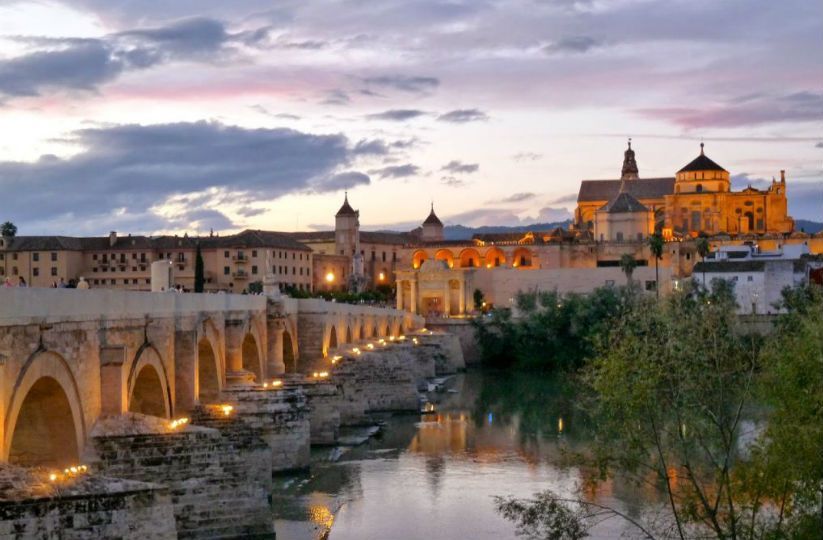 Walk through TO the Old Town of Córdoba

The elf of the old Town

Cordoba: Lighthouse of culture that it dares itself to debate about philosophy, science and literature in the dark Mediavel period. Cradel of greats philosophers like Seneca or Averroes, nowadays Cordoba stands as a millenary city with a singular essence that mix the caliphal dream, the Jewish minister and the Andalusi uproar. In that way, the Muslim, Jewish and Christian world get along in the Cordoban Old Town streets, declared as World Heritage by the UNESCO in 1994. Do you want to feel the Caliphal dream and walk around to the rhythm of Serfarad music? And get lost through the little streets perfumed by the azahar that always flow into an unexpected place? Then do not hesitate and head for Cordoba and its Old Town.

The Old Town of Córdoba

Do you know that the old town of Cordoba is one of the biggest in Europe? It is not surprising, because this city was one of the capitals of the Caliphal culture in Occident back in the 10th century. Its streets were lightened seven centuries before Paris. And it was also predecessor of Paris being a cultural centre: in the courtyard of the Mosque several masters of different religions met to discuss about religion, philosophy, science and literature. The historic center of Cordoba is delimited by the old communication routes that coincide with the old wall. Inside those limits you can find the majestic Mosque-Cathedral of Cordoba, the Episcopal Palace, the Synagogue, the Alcazar of the Christian Monarchs or the Roman Bridge, among other monumental complexes. Do you want to find out those monuments? We tell you everything below.

The Mosque is the jewel of a Crown of the city, a mandatory stop that transports the traveler to the magnificence of the Muslim ages. The old Mosque of Cordoba was converted to Christianity in the13th century in the actual Cathedral of Santa María. It is considerated, together with the Alhambra, one of the most important monuments in the whole Andalusi architecture. In its indoor you can find a labyrinth of columns and double arches, the macsura, the mihrab and the impressive choir located next to the main chapel.

Since the Christian conquer, it was seat of the Bishopric of Córdoba. At the middle of the 80’s, part of this complex was convert into the Diocesan Museum of Fine Arts. Did you know that the building suffered a fire in 1745? After that, other dependencies were added such as the patio and the imposing façade.

The Hebrew temple of Cordoba that take up the wisdom of the Torah and the Jewish minister that it has lasted to this day. Its origin is related to the Jewish diaspora, the first the first exile of the Hebrew community. In 1885 was declared a national monument.

The Alcazar of the Christian Monarchs

The walls of the military building of the Alcazar were witnesses of how Colombus requested funds for your maritime adventure. After the reconquest, it was used as the seat of the Inquisition. The sobriety of its walls contrasts with the explosion of colors of its courtyards of Mudejar inspiration.

Although only one of the original arches has managed to survive to this day, the Roman bridge is a reminder of the technological advances that Roman civilization left on its way through the peninsula.

In addition to these imposing monuments, the Flowers Street and handkerchief Street are an essential stop along the way. The lightness of its flowers contrast with the millenary history of Cordoba. Walking through the narrow streets of the Old Town means unraveling the history of a confluence of cultures that lived together for centuries, and today we can witness this cultural legacy.

In Oway Tours we are passionate about Córdoba, and despite having a long career as tour guides, we always discover new corners. Cordoba never stop to amaze us, and we want to share it with you.