Abderraman I: survivor and Emir 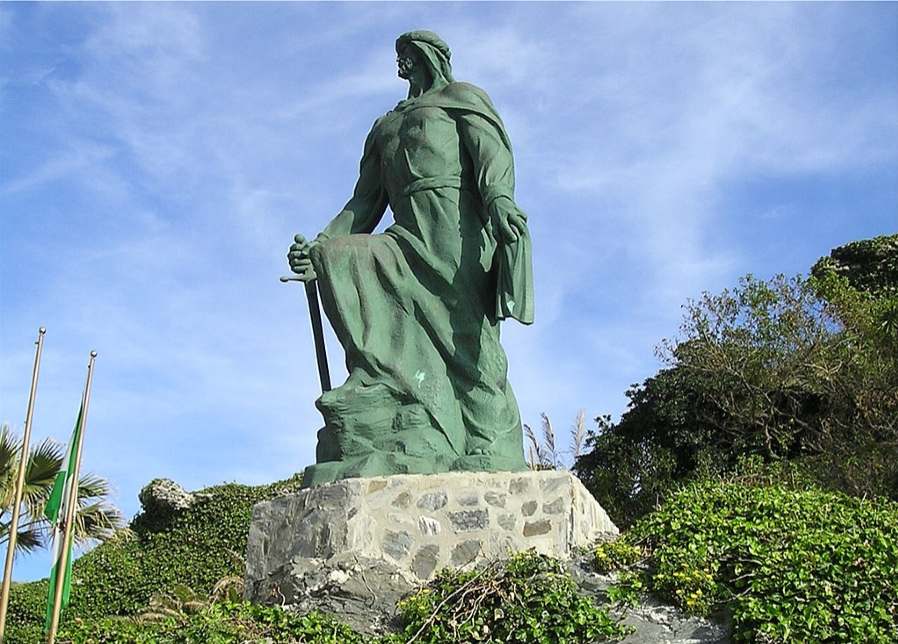 Abderraman I established in Cordoba the capital of the Independent Emirate of Damascus in 756 and it was he who initiated the construction of what would be the most beautiful mosque in the West, the Aljama Mosque of Cordoba.

His full name was Abd al-Rahman ibn Mu’awiya ibn Hisham ibn Abd al-Malik ibn Marwan and the sources do not agree on his date of birth since some say it was in the year 731 and others that it was in the year 734. The place where he was born is also not known for sure, only that it was in a village near Damascus in Syria. He had an exciting life, worthy of a movie. Marwan II was the last Umayyad caliph of Damascus and was killed by the Abbasids in 750, when Abderraman was barely 20 years old. This tribe proclaims a false amnesty for the Umayyads, with which they mask a trap whose ultimate goal would be to eliminate all the heirs of Marwan II in order to ensure their power.

More than 80 members of the Umayyad dynasty were killed in the slaughter of Abu Futres, surviving only Abderraman I, his two sisters and his son Sulayman, who never believed such an amnesty. But the Abbasids persecuted the surviving Umayyads so Abderraman began his flight through Tunisia and Egypt until he felt safe with the Nafza tribe to which his mother Rah (Joy) belonged. But why? The emigrated prince Abderraman I was aware that he had little chance of success in Ifriqiya and the Maghreb. And since in Al-Andalus there was a client population in favor of the Umayyad cause, he decided to cross the Strait of Gibraltar and disembark in Almuñécar in September 755.

Soon, Abderramán gained allies and was recognized by the Arab notables of Seville in March of that year. From there he was approached by followers from the Algarve and other coras. In May 755 he entered Cordoba with more than 3,000 horsemen and ordered that the city not be sacked. Quickly the Cordobese recognized him as emir and legitimate ruler, overthrowing for it the wali or governor Yusuf b. Abderramán al Fihri. When El Emigrado arrived in the Iberian Peninsula, Syrians, Berbers, Hispano-Romans, Visigoths and Arabs coexisted there, as well as Muslims, Christians, Jews, Mozarabs, Muladis… a whole melting pot of ethnicities and cultures. The 32 years of the emirate of Abderramán I were dedicated to completely reorganize the system of government, which he achieved in the years 756 and 757, laying the governmental foundations of the Andalusian system for centuries. It was he who successfully introduced fiscal, political, administrative and military measures in Al-Andalus under very difficult circumstances. He structured the government and the army adapting the old model of the Umayyad caliphate of Damascus in the Peninsula.
Mosque of Cordoba Guided tour 24€ Book

The chroniclers of the time describe him physically and morally as follows:

“Abderraman was tall and thin, blond and with little hair on his cheeks. He had a mole on his face and was one-eyed. He wore two braids or two bands attached to his hair.

He dressed in white and wore a turban. He was eloquent, a great orator, a good poet and an easy pen. He acted in politics with prudence and wisdom in a constant tug of war, because he was very cautious and reserved. He was daring and resolute, because he did not hesitate to go to meet his enemies, tireless and restless. He visited the sick, attended funerals and prayed with the people on Fridays and canonical feasts. He presided over the rain processions, weeping and imploring God. For his courage he was called the “Sacre of Quraych” and was compared to the second Abbasid caliph al-Mansur. He left at his death “eleven males and nine females.” But in addition, a material and immaterial legacy that has reached our days and has changed history forever. On the other hand you can consult the best guided tours of Cordoba in the link, in it you will find our best guided tours as for example:   And much more…
Compartir