The medieval experience in the Almodóvar Castle 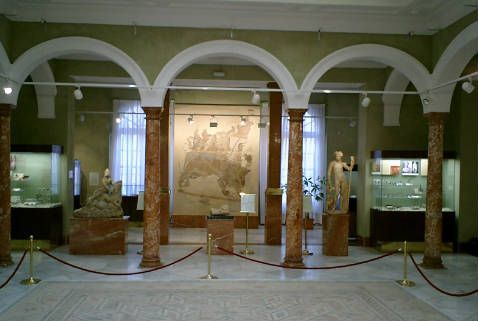 The historic legacy of Córdoba is branch out in different cultures and communities which were conformed the city how we know today: a millenary city more alive than never, witch feed itself with its past and present for those who want to enjoy it, even for a couple days.

One of the different faces of Cordoba is the culture. A historic face that you can enjoy through the different museums of the city, but today we bring you a route through the museum where the historic legacy brings to life in archeologic pieces that will take you to a millenary walk through the history of this city, capital of the Caliphal period.

Do you want to know more about the Archeologic museum of Córdoba? Today in Oway we tell you everything about it. Do not miss it!

About the Archeologic Museum of Cordoba

The Archaeological Museum of Cordoba is presented as an almost obligatory stop if you are a lover of art and culture and you are lucky enough to visit our city for a few days.

The museum gathers archaeological and ethnological vestiges that help to understand from the historical prism the development and cultural influence of the ‘city of the three cultures’, that for a long period brought together the epicenter of the Jewish, Christian and Muslim civilization.

Along the saloons of the museum you can enjoy of the different spaces dedicated to the prehistory, protohistory, the roman culture, the Visigoths art and the last the traces that Al-Ándalus drew in the city of knowledge. Between its works you can find pictures and sculptures and diverse material testimonies of different ages, as funerary tombstones of gladiators or capitals of the andalusí córdoba.

Do you know that….? In the basement of the museum it’s found integrated the old grandstand that formed part of the Roman Theatre of Cordoba, built around I. century. You can contemplate in live the grandstands where the where the roman citizens sat for looking at the roman circus, that was part of the famous ‘pan y circo’ orchestrated by the Roman rulers.

A Little bit of history

Its origin goes back to the first half of the 19th century, thanks to the disentitlement of Juan Álvarez de Mendizábal, since then the works seized from convents in the Provincial Museum were reunited, having its peak in 1867 with the birth of the Archaeological Museum Provincial of Córdoba.

The year 1960 marks a milestone when the museum settles in the Renaissance Palace of the Páez de Castillejo, where it is located today.

As a curiosity, the palace it was settled over ruins of the old roman theatre of the city.

Visiting the Archeological Museum of Cordoba

As you can see, the museum presents a passionate route through the vestiges of Cordoba. The entrances are free for the EU citizens, y for other countries the price of the ticket is 1.5€.

From June 16th to September 15th Tuesday to Saturday and festivities: 9Am – 3PM

Córdoba offers its best through the gastronomy, the culture, the art… and the history that keeps alive through its museums. Are you going to miss it?
To learn more about guided visits in Cordoba, click on the link down below:
Compartir