▷ The Archaeological Museum of Cordoba | OwayTours.com

Curiosities about the Triana Bridge 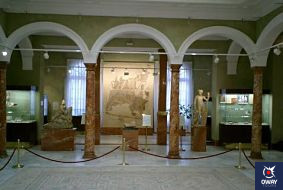 Cordoba has an important historical legacy and, in addition, great monuments with value. Cordoba, known as the city of the three cultures, has gone through different stages in which it has coexisted with various cultures and currents that have made the city more alive than ever, as it feeds on its past and present. Therefore, Cordoba is one of those cities that you must visit at least once in your life and enjoy its extensive heritage.

The Archaeological Museum of Cordoba has gone through many stages throughout its history until it reached the present location that we can see today. This museum is in the historic center of the city of Cordoba and has been declared a World Heritage Site.

In 1868 the Provincial Archaeological Museum of Cordoba was created. It shared its headquarters for several years with the Museum of Fine Arts, but it was in 1920 when the separation of both collections took place. Because of this, the archaeological museum is installed in the Plaza de San Juan, later the headquarters moved to the Mudejar house in Velázquez Bosco Street (today Samuel de los Santos Street).

Between 1959 and 1987, under the direction of Ana María Vicent Zaragoza, the museum was installed in its current location, the Palacio de los Páez de Castillejo. The change of location led to an increase in the number of collections preserved, the creation of the urban archaeology research service, the birth of the library specialized in archaeology and the publication of a scientific journal. Thanks to this, the museum became one of the most complete in Spain.

In 2011 the building underwent an extension with a renewed image. A new floor was added to the historic headquarters and completes the spaces of the old headquarters, allocating new rooms for exhibitions, research, conservation and study spaces.

In the extension of the building, you will find an exhibition under the slogan “Cordoba, a meeting of cultures”. This exhibition is a tour of the most significant pieces of the museum’s extraordinary collection. This exhibition is temporary and will be maintained until the second phase of architectural adaptation is completed. 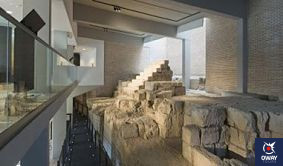 Rooms of the museum of Cordoba

This museum is considered one of the most complete in Spain and is an almost obligatory stop if you are a lover of art and culture. All periods from Prehistory to the Middle Ages are well represented in the museum. The aim of the Archaeological Museum of Cordoba is to highlight in a special way the continuous nature of its collection, as there are very few large museums that can make such claims.

Thanks to the archaeological wealth of the subsoil of Cordoba, the growth of the museum’s collections is continuous, although it is also due to the works being carried out in the city, income from towns in the province and other derivative projects. The museum is in continuous growth of presentation of new pieces or renovation of those exhibited. The continuous change makes the exhibitions of the museum have a living character.

The initial collection of the museum is formed by pieces delivered in 1868. Thousands of pieces have been entering the museum thanks to donations or deposits from different origins.

In the museum you can find paintings, sculptures, and numerous material testimonies from different periods. 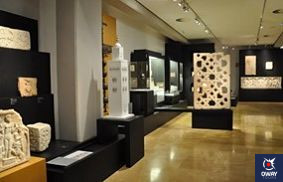 This room is dedicated to the prehistoric period. In this room you will be able to enjoy and appreciate the remains from the Inner Paleolithic and the Full Bronze Age. The remains of this period are placed in showcases and divided depending on the period of prehistory to which they correspond.

There is a showcase to emphasize that is the second one. This showcase is dedicated to the Neolithic Revolution, and is characterized by the transition from a predatory economy to a productive one. All this is reflected in the first ceramic vessels. In addition, the remains of the Cueva de los Murciélagos (Cave of the Bats) also stand out. 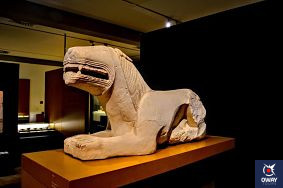 This room is dedicated to the protohistory and includes the end of the II millennium and the II century BC. In this room you can see the remains of the Cordovan sites of Llanete de los Moros or La Colina de los Quemados. All these sites belong to the Final Bronze Age.

In this room you will also find remains that belong to the Ibero-Turdetan Culture, dated between the VI-II centuries B.C. All this exhibits a wide sample of zoomorphic sculptures, weapons, ceramics extracted from sites in the province.

In the second courtyard you will find the rooms dedicated to Roman culture. These rooms are important in the museum because Cordoba played an important role in this period of history. Cordoba was also the capital of Baetica and was later named Colonia Patricia. All this is reflected in the remains that the museum has about this time.

In this period, you can see sculptures, Roman tombs, mosaics, models of monuments, even the remains of the stands of the theater of the city.

This room is dedicated to Visigothic art and is located on the first floor. You can enjoy the numerous remains of materials that have come from the Visigothic period, although little is known about the structure of the city at that time.

This collection, together with the Museum of San Vicente of the Cathedral, is one of the most complete collections that the museum of the city has from this period. In the collection you can see remains of tombs, architectural elements, carved capitals, ceramics brought from the basilicas located in the mountains, gold work…

These rooms are on the second floor of the museum and are dedicated to Islamic culture. In these rooms you can see the portico galleries of the courtyard, where you will find a variety of archaeological remains such as bases or capitals of all kinds. 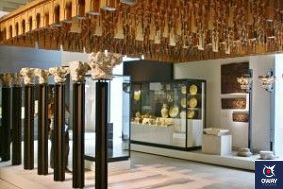 The Archaeological Museum of Cordoba is full of pieces of great value for its historical importance and its state of conservation. In addition, many of the pieces that make up the museum show in some way or another the history of the city of Cordoba.

It is worth mentioning that, among its most outstanding pieces, you can find two models. One of the models is the Roman Temple of Cordoba and the other model is the minaret that is in the Bell Tower of the Mosque. These models help to know how the ancient city of Cordoba was.

Another of the curiosities is the location of the works since the place where it is currently located has not been static over time since the headquarters has been changing. The first headquarters of the museum was in the Hospital de la Caridad, currently occupied by the Museum of Fine Arts. The second headquarters was in the Plaza de San Juan de Letran. And the last and current headquarters is in the Palacio de los Paez Castillejo.

The museum consists of several rooms, each one representing a part of history. In addition, it also has a restoration laboratory, a reserve area, offices, and archives library.

The Archaeological Museum of Cordoba is in the Plaza de Jeronimo Paez number 7, close to Rey Heredia Street, which connects it with the Jewish Quarter and San Fernando Street, which leads to Seneca Square where the back door of the museum is located.

Given its location in the vicinity of the historic center, its access is exclusively on foot, although, bus lines 1,3,4,7 and 12 would save a few minutes as they have stops nearby.

If you are in the Mosque, do not hesitate to visit the Archaeological Museum of Cordoba, since it is only a 5-minute walk from the Mosque. Also, as you enter the museum you will be able to enjoy the small streets of the Jewish Quarter of Cordoba.

If you have arrived in the city of Cordoba by bus or train, one way to visit the Archaeological Museum, which is just 21 minutes’ walk from the station. Or you can also access by public transport, through line 3. To get to the museum, you will have to pass 8 stops and get off at the “San Fernando” stop. Once we are at that stop, we would walk for 4 minutes until we reach the Archaeological Museum.

Hours and entrance fee to the Archaeological Museum of Cordoba

To enter the Archaeological Museum of Cordoba, you should know that there are two schedules depending on the date in which we are.

The entrance fee varies depending on two characteristics. If you are an EU citizen and are accredited, admission to the museum is free. But, if you come from other countries outside the European Union, you will have to pay only 1’5€ to visit the museum, so for that price it is worth visiting it, as you will be absolutely impressed and you will know all the history of Cordoba through the museum.

If you want to hire a group visit to enter the museum you must arrange in advance the visit. This reservation can be made by telephone (957 35 55 25) or by e-mail (difusion.maco.ccul@juntadeandalucia.es).

It should be noted that it is not necessary to book in advance for individual visits or groups of less than 10 people.