Cathedral of Seville: The essence of Gothic in the world

Arenales in Seville: history and culture 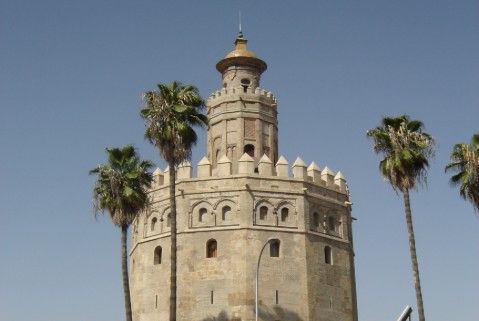 In the Old Town of Seville is this neighbourhood that, in addition to serving as a meeting point for locals, keeps an essential history to know the current configuration of the city.

Former port and commercial enclave, along its route it has served the defensive strategy.

But not only that, also some corners of its streets served as a stage in some of the main operas in Spain.

Welcome to Arenal: a neighbourhood as diverse as it is curious … because this is Seville: unexpected, historical and crossbreed.

Must see in El Arenal

• Theatre of the Maestranza

• Bullring of the Real Maestranza

As you can see, Arenales presents different points of interest that will help you to know the different perspectives of the city.

However, if you don’t have a lot of time on your visit, we recommend concentrating your tour on el Paseo Colón, which separates the neighbourhood from the river Guadalquivir. Here you will find the iconic bullring de la Maestranza, the Theatre de la Maestranza or the Tower of Gold. Not forgetting the mandatory stop in the gardens of the Marquis of Contadero, where you can see the Triana neighbourhood from a bird’s eye view.

Due to his historical importance, it is one of the most emblematic places in Seville as far as illustrious characters are concerned: here passed figures such as Cervantes, Quevedo and Lope de Vega, some of the greatest exponents of the Golden Age.

Thus, Lope de Vega himself wrote one that receives the same name as the neighbourhood:

Foreigner: Is this in the Arenal? Oh, great machine Seville!

Alvarado: Does this just amaze you?

Foreigner: It’s the same for Babylon!

Alvarado: Well, wait for a fleet and you’ll see all this sand of full silver cars, to imagine it uproar

Some of the most important scenes of various works take place in this neighbourhood. As an example, the house of Figaro-The barber of Seville or the bullring of the Maestranza that hosts Carmen’s scenes

… and a bit of history

• It receives its name for the presentation it had at its origin: a large expanse of sand-covered soil that was located between Triana’s door of the old wall and the Tower of Gold.

• In this neighbourhood are some of the strategic defensive enclaves throughout history: from the Romans to the Almohad era. With the Silver, Silver Tower, Abd el Aziz or the oil shutter.

Definitely,  Los Arenales is one of the axes in the social life of Seville, and a mandatory stop on your tour.

A tour that was part of the life and work of Lope de Vega or Quevedo, and now can be yours.

What will be your story in Seville?