Let yourself be amazed by Muslim Cordoba : Oway Tours

Be amazed by Muslim Cordoba 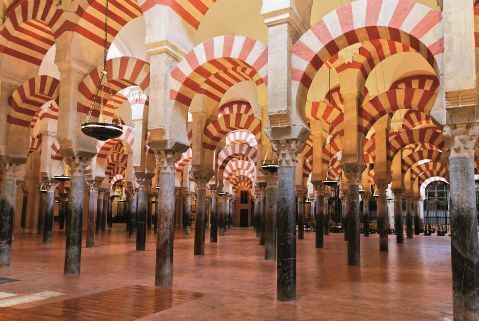 What would Cordoba be without its Muslim influence? After the capture of Cordoba in 711, the city changed its configuration to surrender to the advances of a civilization that would change the course of its history.

In just five years, the city became the capital of Al-Andalus and in fifty years Cordoba would reach its maximum splendor. The most important Mosque in the West. Advances in agriculture and gastronomy. The foundations on which the Renaissance would flourish. The largest library in Europe.

These are just some of the advances and achievements that took place in a Cordoba that became the beacon of knowledge during the Muslim era with the help of Jewish and Christian thinkers.

As you will see, the Muslim civilization left much more than a Mosque in its wake. And Cordoba could not be conceived without the great caliphate it once was. Therefore, today in Oway we tell you about the influences and the legacy left by the Muslim conquest in its passage through Cordoba until its final expulsion from the peninsula in 1492.

The Muslim influences and legacy in Córdoba

During the period of Muslim domination, the arts, science, philosophy and even astronomy experienced an unprecedented boom in the city of Cordoba. The promotion of education by the administration had as a high point the construction of the largest library in the West, and one of the 70 that could be found in the city.

Did you know that the first medical school in history was founded in Córdoba? That’s right, and education was also promoted with a network of public schools for children with fewer resources.

From the point of view of architecture, the Arab baths or hammams were one of the greatest achievements, constructions that we can enjoy today. In their day, these constructions symbolize the advances in hygiene that the Muslims facilitated in the peninsula.

During the Caliphate period, the architectural panorama of the city lived a period of splendor thanks to the construction of the largest Mosque in the West. But not only that, the impressive palatine city of Medina Azahara, recently discovered, owes its birth to this culture. During this period, the ancient Roman bridge and walls were rebuilt. In this sense, the Muslim civilization was key in shaping the city as we know it today.

A culture that more than a millennium ago changed the social and gastronomic panorama. Thus, the use of spices, nuts and foods such as rice, spinach, eggplant or bitter orange, is inherited from the Muslims.

A cultural beacon in the Middle Ages

While obscurantism raged in Europe during the Middle Ages, arts and sciences flourished in Cordoba. Thus, the city dared to debate philosophy, science and literature in the dark medieval period, advocating the arrival of the Renaissance. Cradle of great philosophers like Seneca or Averroes, today Cordoba stands as a millenary city with a singular essence that mixes the Caliph’s dream, the Jewish mystery and the Andalusian hustle and bustle.

Do you want to feel the Caliph’s dream and walk to the rhythm of Sephardic music, and get lost in orange blossom scented streets that always lead to an unexpected place? Then do not hesitate and head for Cordoba to let yourself be amazed by the city of the three cultures.