5 free plans to enjoy in Cordoba 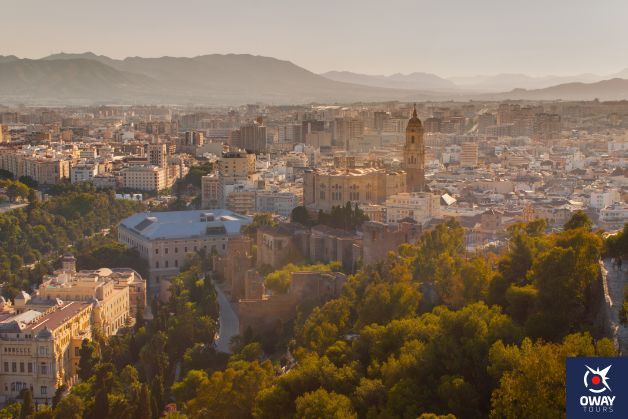 If you are looking to escape the cold that is beginning to embrace Europe at this time, the capital of the Costa del Sol is the ideal place. Malaga has 300 days of sunshine a year and is valued by tourists as Spain’s third favourite destination. Not only the climate is spectacular, but Malaga la Bella, as it is popularly known, has a historic and commercial centre that will leave you with your mouth open. The city and cradle of illustrious artists such as Pablo Picasso, Victoria Kent, Antonio Banderas or Pepa Flores, has a network of museums that make it the sixth most important cultural destination in Spain. There are thousands of activities to do in Malaga, here are the main ones.

You cannot leave Malaga without walking down the most important street of the city, Lario’s Street. It connects the sea with the centre of Malaga and is considered the summum of elegance since the 19th century. The white colour of the facades of the noble symmetrical buildings form a spectacular conjunction with the curved corners, an architectural idea taken from Chicago. It was known as “the ballroom” because the pavements were made of wood, simulating the parquet, this picture unfortunately could only be seen until the beginning of 1900. In autumn, the street will not be as crowded as at other times of the year so you can enjoy the views much better. 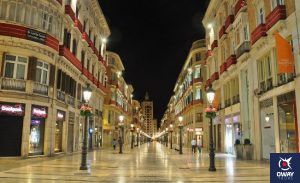 Any time of the year is good to enjoy the best jewelry from the jeweler. It is located in the historical centre, in a completely pedestrian environment, so we recommend you to approach it through Molina Lario Street and enjoy the spectacular atmosphere that can be breathed between its streets. The people of Malaga affectionately call it “La Manquita” because, although in its original plans it had two towers, only one materialized. Legend has it that the money went to the American War of Independence, although the truth is that this fact gives a special touch to the imposing cathedral which is over 87 metres high, making it the tallest cathedral in Andalusia. If the exterior is already impressive, the interior will end up making you fall in love, its high Renaissance naves that end up on the high altar between Corinthian columns is as overwhelming as it is incredible. 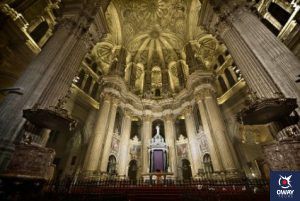 A walk through Muelle Uno (Quay One)

Changing completely from the century-old Malaga to the new area, we find the Quay One just a few meters from the centre of the city. It was built on an old quay and there you will find the most chic shops, the most exquisite restaurants and the most atmospheric bars.

We recommend you to visit it in the late afternoon, when the sun begins to hide and the sea is serene, rocking the sailing boats that rest in the port. The architecture is reminiscent of the modern Scandinavian style and the contrast with the historical buildings that can be seen from afar will make the perfect postcard for an idyllic evening. 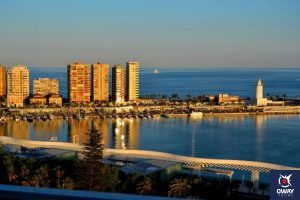 Malaga has a museum offer that has elevated it as a cultural reference point for some years now, so if you are passionate about art, we recommend that you spend an autumn afternoon discovering the city’s different museum routes.

First of all, in the historical centre we find the two most important museums dedicated to the Malaga-born artist par excellence, Pablo Picasso: The Picasso Museum, we find the first works of the artist and some of the most representative ones, and the Picasso’s Birthplace Museum, located in the house where he was born, has the most representative painting sketches. In the Quay One and with an incomparable environment, you can find the Centre Pompidou of Malaga, the first venue of the museum of Paris outside France that has a collection of 90 works of artists like Frida Kahlo, Orlan and of course, Pablo Picasso.

If you want to know the Andalusian culture through the costumbrista paintings, you must visit the Carmen Thyssen Museum, one of the most important of the city, raised on a fantastic palace building of century XVI. The collection amounts to 230 works of Andalusian painting from the 19th century. 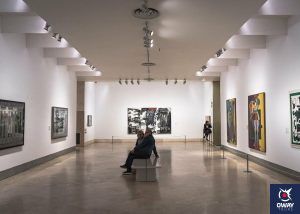 If you are a lover of legends, you cannot leave Malaga without entering the first Protestant cemetery in Spain. William Mark was in charge of its construction in order to put an end to the clandestinity suffered by his compatriots when they buried their loved ones in Malaga. Many famous people have been buried in this necropolis, among them the famous and beloved poet Jorge Guillén who, in love with this city, wanted to be buried by the sea. 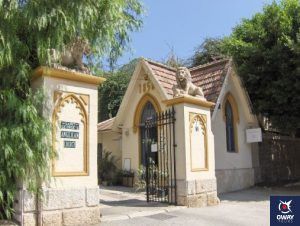