Coronavirus: how does it affect tourism in Andalusia? - Oway Tours

Discover the Mondragon Palace in Ronda 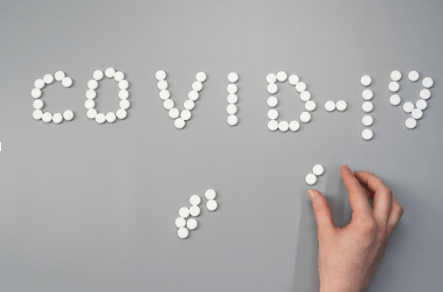 Andalusia is one of the top regions in terms of tourism, offering a wide range of cultural, rural and beach activities, which makes it one of the regions with the most visitors in 2019. According to the data, there were more than thirty-two million tourists, of which nearly one million were at Easter.

With these records it is easy to conclude that tourism is a key driver in the Andalusian economy, and many will wonder how the Covid-19 crisis affects it. In this post we comment the keys, surely you will not be indifferent.

A before and after of the COVID 19

Andalucia estimates that they will receive around eight million fewer tourists, and it will all depend on how long this exceptional situation lasts. This will have an impact on businesses in the sector, which is causing many of them to close down due to the numerous cancellations.

This situation is leaving us with curious images at the main airports. The Malaga or Seville airports, which have one of the largest traffic flows in Spain, are practically empty. In February, Andalusia had a total of 1,869,891 passengers, and according to AENA data, during March; the number of flights in the whole of Spain fell by 14%.

In Seville, the loss of tourists is also being noticed in the most visited places such as the Cathedral or the Giralda. The streets are completely empty, and the state of alarm has forced the closure of all non-essential places such as monuments and cultural spaces. The theatres have also suspended their programming and little by little they have been informing about how they will make the returns.

No Nazarenes in sight, Easter 2020 cancelled.

Andalusia is celebrating one of the most famous and popular Easter weeks in Spain. The economic impact of this week’s cancellation could mean the loss of 500 million euros.

The Andalusian government has greatly valued the responsibility with which the brotherhoods of penitence have behaved by agreeing to the suspension of the brotherhoods, and it is indisputable how the processions are lived in the streets of Andalusia.

Leaving aside the more than obvious and notorious economic impact, the social impact is possibly greater. The devotees of this religious festivity have been the most affected. Not being able to carry out their stations of penance or meet with the family to eat and see the Christ or the Virgin of their brotherhood pass through the balcony, have been hard to accept.

Seville is a city of traditions and the cancellation of its biggest week has had a great impact on the city. Canopy and bugle marches resound in every corner of the capital trying to soften the bad feeling. But thanks to faith and devotion, phrases such as “there is less left for Palm Sunday 2021” or “next year the Esperanza Macarena will look more beautiful than ever” give hope to the people of Seville.

In Malaga, the cancellation of the processional departures from the thrones, like the one of the Crowned Hope, has also caused devastation. Some parishioners have approached the churches of their brotherhoods to place flowers on the doors and dream of the arrival of Holy Week 2021.

The April fair in September. Never seen before!

As Arturo Pérez Reverte said: “Everything here is fictitious, except the stage. No one could invent a city like Seville.”

As we have said before, Seville is a city of traditions. The Andalusian capital has been celebrating its fair since 1846 when the town councillors José María Ibarra and Narciso Bonaplata wanted to hold a 3-day fair in April for the purchase and sale of livestock. And since then, the dots and the flounces have been the most characteristic sign of this city.

In order to cope with the economic loss caused by the cancellation of the April fair, the Seville City Council has proposed to postpone the week of the lanterns to the month of September. This has fallen like a stone’s throw for all Sevillians, creating contradictory feelings of wanting to celebrate this festival but at the same time, not wanting to lose the tradition. We will see what all this is about in the end.

And then what? We’re back to normal?

The answer is YES! Numerous international bodies are investigating the discovery of a vaccine against Covid-19.

In addition, summer is coming, with the arrival of the hot months it could mitigate the spread of the virus, because the high temperatures are not good allies for its propagation according to experts.