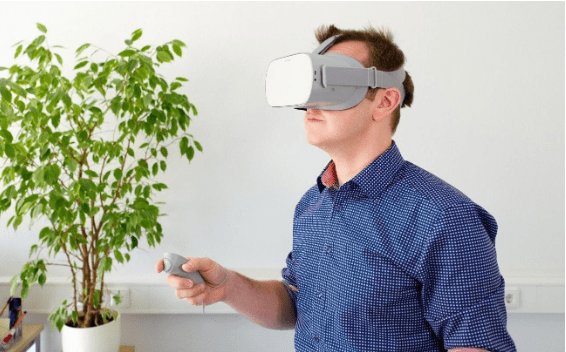 ¡La primavera en Sevilla es una maravilla! This is a typical phrase used by the people of Seville which means that the spring in this city is very beautiful. That’s right! There is no doubt that travelling to the Andalusian capital in the months of March, April and May is the best of all possible ideas. Seville is one of the cities that receives more songs and poems by everyone: artists, poets and singers have dedicated their work to this city.

All the history that has passed through it has made Sevillians so proud of its buildings and streets. The most predominant influence is the Muslim but we cannot forget that it used to be a cultural centre of great importance before.

As you know, a state of alarm was declared in Spain on March 14, due to the Covid-19 crisis. What does this mean? It means that only people who need to go to the supermarket, to the pharmacy or another important reason will be able go out. The only ones who will go to work will be the essential services, while the rest will have to stay at home with the telework. The hours, days and weeks at home start to be tough.

But in Spain we have always been known for our sense of humour. As we always say, we have known how to “sacar las castañas del fuego“. This means that we’ve known how to get through this moment. On social networks, numerous initiatives have appeared to entertain people in their confinement: challenges, games, videos to imitate, exercises, jokes… Some of the neighbors even play bingo from the window!

Psychologists also give tips for mental health. They recommend that we have to always be distracted, dress every day as if we were going out, socialize with our friends through video calls, spend time with our family…

And even if there are no beers and wine in the bars, we have taken advantage of the time of the tribute to doctors at 8 pm, to also dedicate some dancing and laughter from the balconies. In this way, the quarantine is less difficult.

After this state of alarm we will continue with our Tours in Seville.

Plans at home, get cultured!

As we said before, Seville has a lot of places to visit. Because Seville is a city that has a lot of things you’re only going to find in this town. But don’t worry, because you can also enjoy it from home!

Even if you have had to cancel some of the cultural visits you had planned because of the coronavirus, many centres have made their visits available so that we cannot miss anything from the comfort of our homes.

Beginning with the museums, Seville has three cultural centres that are a must see:-Museo de bellas Artes (Museum of Fine Arts): it is one of the most important art galleries in Seville, opened in 1841. As soon as you enter its square, you will be able to see the first sculpture by Murillo. Inside you will enjoy the most baroque Seville of the time, and the Andalusian painting of the 11th century, as well as many famous works such as the Retrato de Jorge Manuel, El Greco (Portrait of Jorge Manuel, El Greco).

–Museo arqueológico (Archaeological Museum): if you want to know the most Roman Seville, visit the excellence of his works that make this museum is one of the most important in Spain. Many of them belong to Italica of the Roman and Hispano-Roman period. The quality of their conservation is worthy of admiration.

–Museo de artes y Costumbres Populares (Arts and Popular Customs Museum): to know a city very well you must start with its customs. In this museum you will learn about the tools, ceramics, tiles, handicraft productions… more traditional of Seville.

As far as monuments are concerned, Seville is an open-air museum. It is one of the richest cities culturally and manages to be a spectacle for those who stroll through its streets. Enjoy these virtual tours during the confinement:

–Catedral de Sevilla: the largest Gothic cathedral in the world. The majesty of this building is worth seeing. Declared a World Heritage Site in 1987, Seville claims to have the most beautiful cathedral possible. It was built over the old mosque and its minaret is still preserved.

–Reales Alcázares: today it is the oldest royal palace in Europe, as it is still used as the residence of the Spanish Royal Family. It was also declared a World Heritage Site in 1987. It preserves remains of Islamic, Mudejar and Gothic art. This fortified palace, built in different historical periods, is one of the most visited in Spain.

–Casa Pilatos (Pilatos House): belongs to the house of Medinaceli. Its civil Andalusian architecture mixed with the Spanish Renaissance and Mudejar make it one of the most emblematic buildings. Visit its most famous patios and paintings that have been the setting for films and series.

–Torre del Oro: this is an old defensive construction in whose interior is the naval museum of Seville. It owes its name to the golden reflections it projects onto the Guadalquivir River, which is located just a few metres away. It measures 36 metres and is constructed in three bodies built at different times.

–Puente de Isabel II (Bridge of Isabel II): or better known as puente de Triana (bridge of Triana). The Romans didn’t want to join “the two Sevillas” with a Roman bridge. That is why they built one with 13 boats. The present bridge was finished in 1852 under the reign of Isabel II. One of the most beautiful iron fortifications in the world.