What to see and do in Almuñecar, Salobreña and Motril? 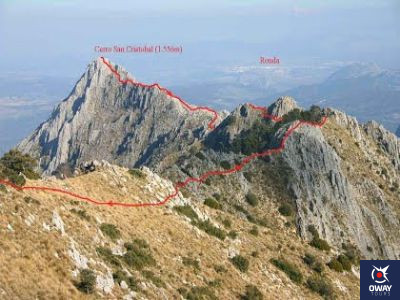 To do the route of the Crestería de la Sierra del Pinar you have to be patient and wait, as they only grant two permits per month to be able to do it. This is because it is a reserve area where access is very restricted in order to make it as protected as possible, therefore, it is subject to strict authorisations that must be complied with.

The Sierra del Pinar is located in the province of Cádiz, more specifically in the north-east, and is included in the Sierra de Grazalema Natural Park, and among its towns, Zahara de la Sierra and Benamahoma. The highest and most slender peaks in the province of Cadiz are to be found in this mountain range, such as the Torreón at 1654 metres, the highest peak in Cadiz, and the San Cristóbal at 1555 metres.

In turn, there are also other notable peaks such as El Monete, Las Cumbres, Cerros Coros, Cerro del Montón and Monte Prieto.

In the north of this mountain range, in the so-called “Caídas del Pinar”, we find the largest Spanish fir forest in the world. These trees are species of fir tree that has survived the last decades, and whose existence is limited to the Sierras de Grazalema and Ronda. Nowhere else has such a long-lived species.

If in addition to this route you are interested in getting to know the city of Cádiz, we recommend our free tour of the city. At the same time, from the following link you can you can join us on our guided tours of the Cathedral and the Roman Theatre, two of the most emblematic places in the city of Cadiz.

The route of the Crestería de la Sierra del Pinar starts from the mythical Sendero del Pinsapar, and it consists of ascending to the Pico de San Cristóbal, at the same time as you walk along the ridge that runs towards the aforementioned Pico Torreón. The descent is along the Sendero del Torreón, and before all this, we will be visiting the Grazalema Natural Park.

To the southeast of our location is the village of Grazalema and its Fresnillo reservoir. Next to it is the Monete, which is at an altitude of 1444 metres. It is also called ‘False San Cristóbal’ because it can be confused with it depending on the perspective from which you view it.

The ascent to the real peak of San Cristóbal starts on a slope from where you can see incredible panoramic views, stretching from the Sierra Nevada to the Rock of Gibraltar. On the slope of this place, you can appreciate the magnificent forest of Spanish firs and also several reservoirs, among them the Zahara Reservoir.

Now the difficulty begins, as on more than one occasion you will have to use your hands, climbing the rough limestone climbs.

The predominant vegetation is made up of Spanish firs, pines, holm oaks, kermes oaks, carob trees, maples, majoletos, junipers and other plants. As for the fauna, it is common to come across mountain goats, although to see partridges, griffon vultures, eagles and other birds of prey.

The route starts at a quarry located next to the Grazalema road that leads to the Puerto de las Palomas, which also coincides with the start of the Sendero del Pinsapar. The descent is along the Sendero del Torreón.

It starts at the Las Canteras car park, as we have already mentioned, and once there, it climbs up to the Puerto de las Cumbres. Once there, you continue to the Sendero del Pinsapar, and you have to make a decision.

One option would be to abandon the path, and climb up to the peak of San Cristóbal, having to climb cross-country until you reach a path.

Alternatively, you can follow the path, and from there walk until you come to a cliff that leads up to a snow pit.

The second option is more relaxed, and the trails will be less steep, although this route in general has a high level of difficulty. 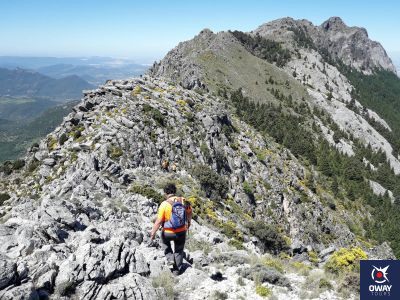 To do this route, first of all, you have to travel to Cádiz. Once there, we recommend that you drive to the Sierra de Grazalema Natural Park. We suggest you take the car, as the means of transport available in the city leave you far from the place you want to reach to do the route, therefore, the best option is to take a car, which you can leave without problem in the car parks that are located at the foot of the Sierra de Grazalema.

The position of the town of Grazalema, where the park of the same name is located, is very suitable for getting there by plane. To travel there, the Pablo Ruiz Picasso airport offers several connections, being the most important airport in Andalusia. Pablo Ruiz Picasso airport offers all kinds of services to passengers: restaurants and cafes, duty-free shops, parking and car hire.

From Grazalema the bus service is provided by the company ‘Los Amarillos’. This company offers services from Grazalema to various nearby towns, and can also take you to the Natural Park. 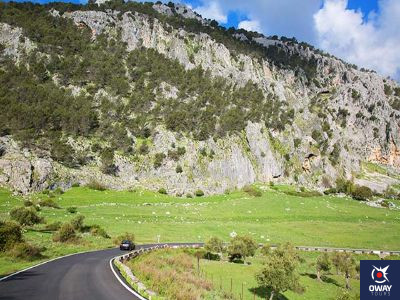