▷ The End of the State of Alarm in Grenada | OWAY Tours 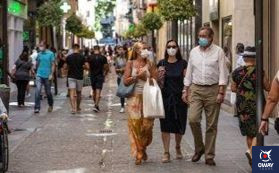 After more than a year of watching the daily data on the rise and fall of Covid-19 infections and deaths, it has led to the implementation of measures never seen or experienced before, which in one way or another have been changing the way we live. But nowadays, thanks to the fact that the data on this disease have been drastically reduced due to the compliance of the measures and the beginning of a rapid vaccination on a large scale, today we can see a new horizon where normality resembles what we lived years ago, so we can talk about a de-escalation that will be different depending on the territory, but that will help us all to not forget what happened and at the same time to be able to live as we did before the pandemic.

That is why in this blog we are going to talk about this de-escalation focusing on Granada, a lively and energetic city that you can’t wait to visit and that is why we are going to show you what you will be able to do, or until when you will be able to do all those things that before had so many limitations and avoid problems or misunderstandings.

Granada is that city where you can find a large and varied tourist offer of all kinds and for all kinds of tastes or travel objectives, that is, we will treat all types of resources and in turn the restrictions that we will have depending on the tourist resource that we are consuming.

To begin with, the city has a very large youth life and leisure time due to the number of university and non-university students who are studying there, something that took a negative toll at the beginning of the pandemic due to the lack of control by the youngest members of the population. For this reason, now that the data has improved a lot, they have created a series of measures to control this nightlife with the greatest possible safety for everyone, both consumers and workers of the premises, so among the current measures we can find that the opening of the hotel and catering business will be until 00: 00 hours maximum (with 8 people inside and 10 outside per table), opening of discotheques or bars with music until 02:00 (where only dance floors can be used in municipalities with alert level 1) and if we are talking about celebrations or private parties, they will have a capacity of 300 people inside and 500 people outside. 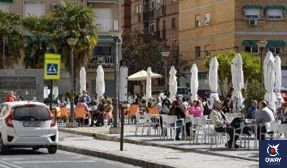 On the other hand, if we want to enjoy another series of shows or resources within the city, such as cinemas, theatres, sporting events or bullfights, we also have a series of measures or restrictions, which are more passive, since the timetable of these activities is not affected but the seating capacity or distribution of the same, i.e. if the municipality is on level 1 or 2, a seat must be left free between groups of different spectators, but if it is another of the levels, a metre and a half of separation between attendees must be maintained.

The last of the measures or restrictions applied have been to natural spaces such as beaches or artificial spaces such as swimming pools (75% of the capacity for outdoor pools and 50% for indoor pools), where no time restrictions have been established but where a new specific plan for protection against Covid-19 will have to be created and applied as in the previous year, while maintaining the metre and a half distance between people.

Phases of the de-escalation in Granada

This desired de-escalation of the restrictive measures due to Covid-19 has been organised in three distinct phases, in order to prevent any possible resurgence of cases and to do so in a controlled manner and always based on the daily data of the disease.

The first of the phases, which we have already passed and completed, was the so-called “Stabilisation Phase”, which began on 9 May and lasted until 31 May. During this phase, the hotel and catering industry was able to open until midnight and have up to eight people indoors and 10 outdoors, as long as the level of alert decreed for the municipality allowed it. 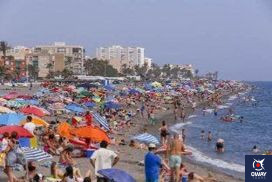 The second phase, which we are currently in, is called the “Advance Phase”, which began on 1 June and will last for the rest of the month, and it is in this phase that has allowed an increase in opening hours and capacity for shows, such as the theatre, bullrings and concerts, most of which are essential for the total return to normality that we experienced a year ago.

Finally, the final phase of this de-escalation has been called the “Normalisation Phase”, which will begin on 30 June, where the vaccination rate will have reached 70% of the population with one dose and 40% with two doses, i.e. immunised. With these phases and this rate of vaccination, it is hoped that by the end of the last phase, a summer similar to the one before the pandemic will be achieved or revived.

In OWAY TOURS you can enjoy the following alternatives: