Traveling with pets: Córdoba with a dog

Real Alcázar, the jewel of Seville 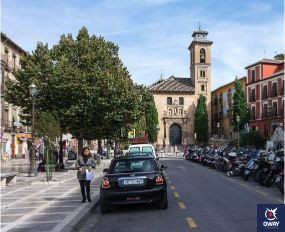 Granada is the tourist city by antonomasia of the Spanish territory, in 2018 it was chosen for the second consecutive year the best city of the world to travel. It has an average size territory that every year receives around 3 million tourists. This high figure makes the total number of its inhabitants multiply by ten. Many come to see the peculiar way of life that has been forged over the years in the Alhambra, the Albaicin neighborhood or the mountain with Sierra Nevada and the coast.

The affluence of people in the city, where its urban layout presents a distribution of narrow and mostly pedestrian streets, forces us to bring you this guide where we will show you the different existing areas to park your vehicle for free, avoiding restrictions and paying areas.

Where to park for free in Granada

Parking in Granada’s tourist areas can be difficult, as the blue lines of the blue zone flood almost all the roads in the historic centre, even those in neighbouring areas such as El Zaidín or Ronda. This means that many drivers insist for a long period of time on finding the desired parking place.

The large extension of monumental Granada will make you find many buses that at their stops occupy part of the space reserved for vehicles. And beware of vehicles that have access to the street where you park, as the route of Moorish and Jewish heritage can cause other drivers to make a bad maneuver that ends up touching your vehicle.

But don’t worry, there is space and we recommend the surroundings of the Science Park and the Neptune Shopping Centre. From this location you will not have to walk more than thirty minutes to the centre. What you have to bear in mind is that before our visit we have to prepare ourselves for the hundreds of charming streets that have to be climbed up steep slopes, such as the unbeatable views offered by the Mirador de San Nicolás.

If we do not mind using public transport, which is highly recommended in Granada, especially if we want to go up to the Alhambra, we recommend parking our vehicle in the Campus de la Salud, or the nearby towns of Armilla, Ogíjares or La Zubia. We should also consider parking in the blue zone in free time slots, such as from midday on Saturday and Sunday or during the night. 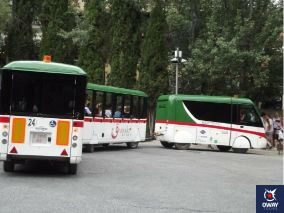 Although it may seem complicated to park the vehicle, there are areas where we should not consider parking because of the money it may cost us or the danger it poses. This is the case in the area of San Agustín, the nearest to the Cathedral where, due to an express prohibition, you should not stop. Several cameras monitor the movement of the free zones and you can easily take home a fine.

In addition, the route Albaicín – Sacromonte, a very busy area with narrow and winding streets. Other neighbourhoods that are difficult to park due to their lack of security are those around La Chana. We also find restrictions in the central area of the Gran Vía de Colón and the Calle Reyes Católicos, where the continuous vigilance of the area does not allow us to park for a long period of time. 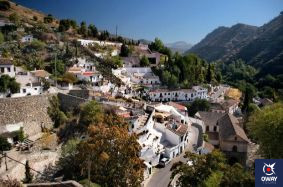 The Parkings of Granada

The best alternative for parking in Granada, although it is possible to park for free, is the car park. If you visit Granada by car you will save time if you have already planned where to park your vehicle from a car park. There are a total of 33 privately owned and public car parks in the capital, although many of them do not have spaces available because they are reserved only for residents. We recommend you to take a Free Tour with our best tour guides.

From here you can access two of the main entrances to the city centre, the Acera del Darro or Calle Recogidas. Next to the Paseo del Rio Genil we have the Violón car park and the Puerta Real car park, from where we can easily reach the Zoco and the Cathedral in ten minutes and from there start looking for the Albaicín. Most of the car parks in the centre of Granada offer their spaces for a little over 1 euro an hour, so this is the best option to enjoy our stay in the city. 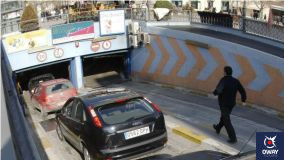