The Legend of the Head of King Don Pedro | OWAY Tours 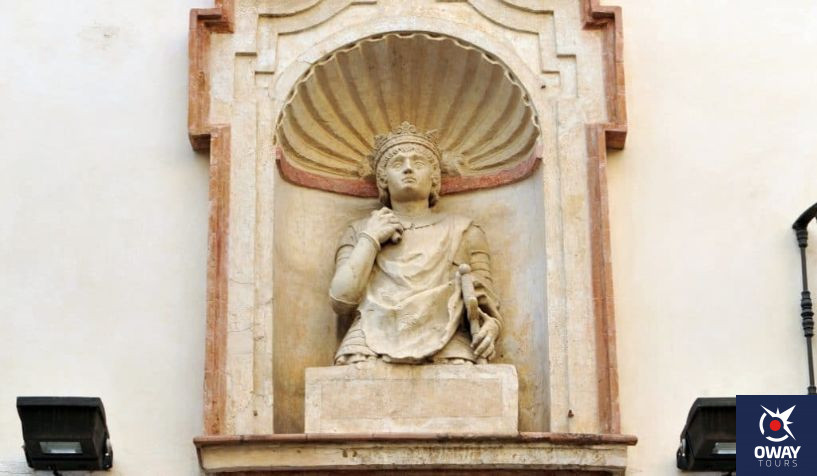 Pedro I of Castile (“the Cruel”) lived in the 14th century and is one of the most interesting characters in Spanish history. He is the protagonist of many of the legends of Seville, his favourite city. In Seville, he left us a Mudejar jewel, the Palace of Don Pedro in the Alcázar.

Furthermore, his reign was a time of tolerance for the three religions that existed in the city: Christians, Jews and Muslims.

Therefore, of all the legends that are known about the city of Seville, one of the most popular and the one with the most historical data proving its veracity is that of the head of King Don Pedro.

This tells the story of a duel to the death that involved the Castilian monarch and the surprising resolution that was given to the case.

It all began with a challenge from Don Pedro to the mayor, Domingo Cerón, who claimed that no crime went unpunished in the city. The king, who was nicknamed “the Cruel” for a reason, wanted to verify this information.

One night when he was wandering around Seville he came across a rival of the Guzmán family, who supported Enrique de Trastámara, the king’s bastard brother who wanted to oust him from the throne. The king killed the poor Guzmán and left the body there. An old woman witnessed the murder, but was unlucky enough to drop a candle, which was found next to the corpse.

The people demanded justice and Don Pedro had the great idea of promising to put the murderer’s head in the street. He also informed the people that he would give a reward of one hundred gold doubloons to anyone who revealed the identity of the murderer.

What Don Pedro did not know was that the old woman would appear before his majesty. When the king asked her for the culprit, she told him that she would show the murderer only to the king. She then led him into a hall and placed Don Pedro in front of a mirror, accusing him of the crime.

Don Pedro, assuming his guilt and thanking her for her discretion, placed a head from one of her statues in that box, and rewarded the old woman with the bounty he had promised.

Years later, Pedro I died at the hands of his brother Enrique and a bust of his face was discovered inside the box, which can still be seen in the Casa de Pilatos. 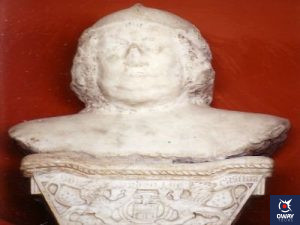 The legend tells of a night in 14th century Seville; an old woman is sleeping peacefully in her house until she hears the sound of swords in the street. Just below her window, she sees two men dueling in the shadows. Alarmed, she drops the candlestick in her hand, which falls into the street just before the murderer runs away.

The next day, one of the Count of Niebla’s sons is found dead from a sword wound. The king assures that when he finds out who the culprit is, he will cut off his head so that it will be exposed for all to see in the street.

A few days later, the old woman goes to visit the king to tell him that she knows who is guilty of the murder. That same afternoon, as promised, Don Pedro placed a box in the street. Inside was the murderer’s head, but it was guarded by two soldiers to prevent anyone from opening it.

Some time later, after the death of the king, it was decided to open the box. To the astonishment of the whole of Seville, it was discovered that there was a head inside the box, but it was a special head. It was the head of a statue of the king himself.

This legend is even more curious if we look at how the king died. It is said that when his half-brother Henry murdered him, he cut off his head and paraded it around for all to see. In the end, the murderer carried out his punishment.

How to get to Calle Cabeza del Rey Don Pedro

This statue is located in the old town of Seville, in the Calle Cabeza del Rey Don Pedro, near the Plaza de la Alfafa. Its post code is 41004; and it owes its name to the bust of the king that is in a niche on the façade of the house nº30. 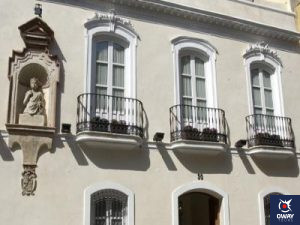 Therefore, we see how it is located in one of the most emblematic places of the city, close to other places such as the Cathedral, the Giralda, the Plaza Nueva or the popular Sierpes Street; one of the best known and busiest in the city. If you want to complement your visit knowing other places of interest nearby, we recommend you to click on our Guided Tours in Seville.

In addition, if you are already in the city, you can also follow the following public transport lines that pass close to Calle Cabeza Del Rey Don Pedro:

Other of our recommended services if you are in Seville: