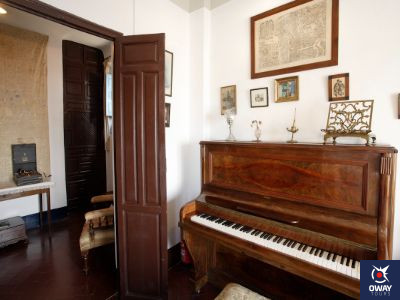 Manuel de Falla was a famous composer who became a reference in the musical panorama in the first half of the 20th century. His fame was due to the composition of incredible operas, zarzuelas and a multitude of pieces for the piano.

This musician had a great interest in flamenco and cante jondo, which is why he moved to Granada, in order to experience this musical taste at close quarters. In Granada he met the man who became one of his great friends and followers: Federico García Lorca

After the Spanish Civil War, Manuel de Falla went into exile in Argentina, where he finally died.

For his great work during his years of life, a House-Museum was built in honour of this composer, located in a very special place in Granada, next to the Alhambra. As it is located in the highest part of the Realejo neighbourhood, it offers wonderful views of Granada.

This house contains an infinite number of personal objects, clothes and souvenirs placed just as he left them when he left for Argentina, thinking that he would return to his beloved Granada.

Visiting the most intimate rooms of his home and appreciating his most precious objects, you will get a little closer to the personality of this incredible composer.

Next to the Manuel de Falla House-Museum is the Auditorium named after this composer, a place characterised by being a musical documentation centre that preserves the composer’s legacy.

Follow the link below to check the tickets for the free tour of Cádiz.

In addition, we also recommend that when visiting the city of Cadiz, you enjoy the guided tour of the White Villages of Cadiz in which you will be captivated by the peace and tranquillity that these villages reflect. 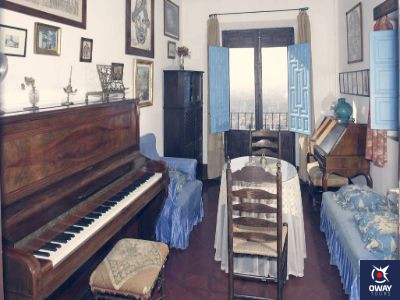 At present, general admission to the Manuel de Falla House-Museum costs 3 euros. There is also a reduced ticket, established for students, groups and pensioners, which costs 1 euro. Tickets must be purchased by appointment.

The visit to the House-Museum of Manuel de Falla is guided by a person with a high knowledge of tourism who will explain everything about the place in the best possible way. The maximum number of people per group is 4, however, there may be groups that go together and the visit can be done together.

To make a reservation for the visit, which, as we have already mentioned, must be made by prior appointment, you can do so via the following e-mail: casamuseomanueldefalla@granada.org

At present, the visiting hours are more limited due to the health situation we are facing, even so, there are different opening hours from which you can choose the one that suits you best for your visit to the Manuel de Falla House-Museum.

Firstly, from October to May, the museum is open from Tuesday to Saturday from 10am to 5pm.

On Sundays it will be open from 10am to 3pm.

On Mondays and public holidays the museum will be closed for staff rest and maintenance.

In the summer months, July and August in this case, the opening hours are from Tuesday to Sunday from 9am to 2:30pm.

It will be closed on Sundays, Mondays and public holidays.

In addition, during the aforementioned summer months, visits will be free of charge on Wednesdays from 9am to 11am.

The Manuel de Falla House-Museum is located near one of the main attractions of the city of Granada, the Alhambra. Its specific address is Paseo de los Mártires s/n, 18009.

As a first option you could arrive by bus, particularly the well known ‘Alhambra Bus’, as we have already mentioned, this place is only a few metres away from the Alhambra, therefore, this bus would be a very good choice. The ideal lines to reach this destination are C30, C32 and C35, and the stop is called ‘Carmen de los Mártires’.

To get to the Manuel de Falla House-Museum, another possibility is to walk. As it is located in one of the city’s most beautiful neighbourhoods, you will be delighted by the spectacular hidden corners of Granada. So, as well as taking a guided tour of the museum, you can stop off at some of its most emblematic places and take photographs of the incredible views of the Nasrid city from these heights.

-Manuel de Falla’s house is full of all his belongings and personal objects, as he left it thinking that he would return after his exile in Argentina, but in the end he did not.

-In this house, Manuel de Falla composed many of his works and it was a meeting place for the composer and his friends, as well as illustrious personalities such as Federico García Lorca, Picasso…

Bank receipts, x-rays, medical prescriptions, tram tickets and even tickets for the shows that Manuel de Falla attended have been found in this place. This is because he was a meticulous person and liked to have a record of everything. 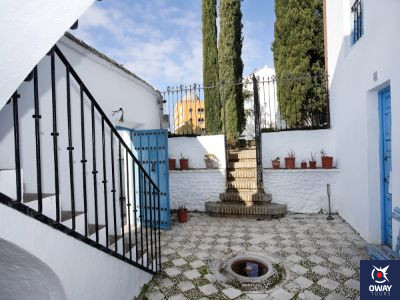