How to get to Cordoba: All routes lead to the millenary city 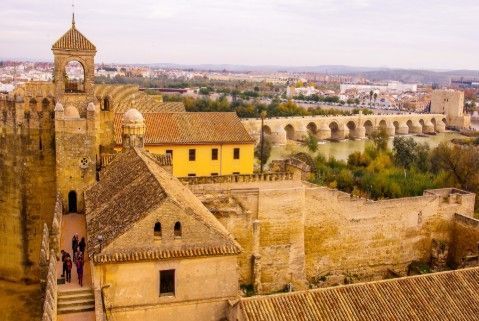 They say all roads lead to Cordoba… well it’s actually Rome… What is certain is that all roads are easy to reach the city of the three cultures: whether by land, sea or air, it has an infrastructure prepared to receive the traveler.

But it is not only easy to get to Cordoba, it also offers a public transport service that facilitates the visit to the main monuments, or even to access the natural environment of the city.

Cordoba by land and air

To get to Cordoba by car, the Andalusia A-4 motorway links up with Madrid and Seville, making it easy to get there by car from any province thanks to this radial axis. On the other hand, the N-432 connects Cordoba with its twin Granada.

And if you want to discover the jewels of Malaga, the A-54 connects Cordoba with this city.

The roads and highways are in good condition and passable, without forgetting the existence of radars for speed control.

The bus, along with the train is one of the preferred options for travelers. In Cordoba, the station offers multiple lines that connect daily with major cities such as Madrid, Seville, Malaga and Granada, as well as with different provincial towns.

The high-speed train is a more than interesting option to access the city and communicates in record time Cordoba with the following cities:

Six kilometers from the center is the airport. But you can also travel to other nearby airports such as Seville, Jerez de la Frontera, Malaga and Granada airport and from there you can choose the high-speed train, the bus or a rental car to get to Cordoba.

After arrival: move around the city

The network of bus lines easily reaches the main points of the capital of Cordoba and with timetables -even at night- that facilitate mobility.

The taxi is also an interesting option, with cheaper rates compared to other tourist cities in Spain, you can move in the city or to access monuments that are on the outskirts as Medina Azahara.

In short, the infrastructure both by road and air makes it easier for you to get to Cordoba, the city of the three cultures. Where between flamenco, echoes of Caliphate history and the warmth of its people you will spend great days.

Cordoba awaits you, either by land or by air.

When are you coming?