How to visit Medina Azahara with children 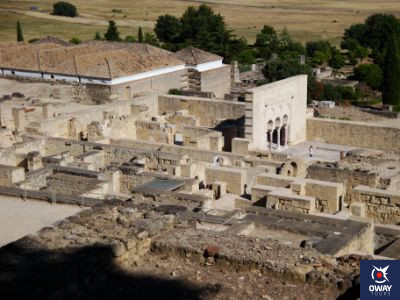 Did you know that Cordoba has 4 inscriptions on the Unesco World Heritage list? The first one is the Mosque-Cathedral in 1984, the second one is the historic centre surrounding it in 1994, the third one is the Fiesta de Los Patios in 2012, and the last one, Medina Azahara in 2018.

Get ready, as we warn you in advance that Medina Azahara will make you fall in love with it and you will want to visit it. If you are also interested in other heritage sites, we have guided tours of the Mosque-Cathedral and the Patios of Cordoba.

The Caliphate City was declared a UNESCO World Heritage Site on 1 July 2018. This archaeological site corresponds to a newly founded city built in the mid-10th century as the seat of the Caliphate of Córdoba by the western Umayyad dynasty. Subsequently, the city was destroyed after a short period of life and remained hidden until its recovery at the beginning of the 20th century.

It has a complete urban complex, with buildings, decoration and everyday objects, which provides an incredible insight into the material culture of a civilisation that has disappeared. It should be noted that it is the only preserved site of its kind in Europe.

Its history begins with Abderraman III, and his decision to found a city outside Córdoba, between 936 and 976. This city united the administrative and residential tasks of the Caliphate of Córdoba. Taking advantage of its orography, it was designed on the basis of the existing heights. Where the upper terrace was occupied by the private and residential function of the royal family, as well as the governmental function.

Why is it a Unesco World Heritage Site?

It is because it is a unique example of Umayyad architecture, art and culture in the West. In addition, World Heritage Sites are a legacy of monuments and sites of great natural and cultural wealth that belong to the whole world.

With its declaration, its architectural qualities are recognised. The fact that it was a concept-city built practically from scratch with a political and religious purpose, an ideological showcase.

This distinction is very important, as between three and six months later there is a significant increase in the number of visits. 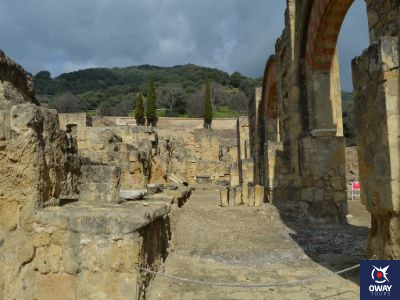 When was it declared a World Heritage Site?

As we have previously mentioned, the Caliphate city was declared a UNESCO World Heritage Site on 1 July 2018, being the most solid candidacy according to Alberto Montejo, archaeologist and historical heritage researcher.

To have four World Heritage declarations is for Cordoba a benchmark distinction and an example at international level in one of the most demanding and demanding sectors.

When the candidacy was declared, it had great public support. Medina Azahara is very much loved in the city of Cordoba and the citizens know how important this archaeological site is. 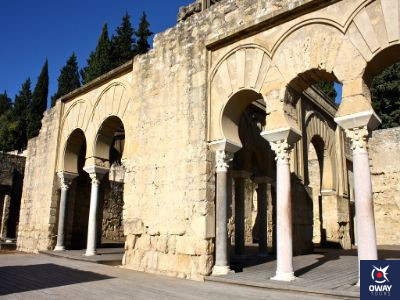