▷ The Royal Shipyards of Seville | At OWAY Tours

The Best Hotels in Malaga 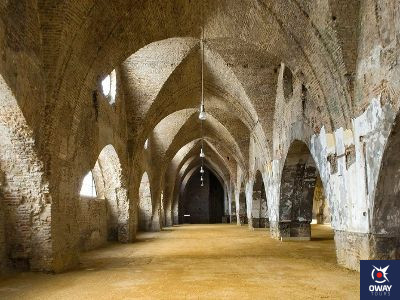 It is an emblematic monument of Seville, of Gothic and Mudejar architecture built all of it in brick, through which we can know the importance of the influence of Almohad art in medieval constructions in the city of Seville. Also, in case you didn’t know, they are the largest and oldest preserved in Spain and one of the most important in the world. They are located between the Puerta de Triana of the old wall and the Torre del Oro and captivated writers of the Golden Age such as Cervantes, Quevedo and Lope de Vega. The Shipyards are an exemplary case of constant transformation of uses, basically due to their powerful formal structure. Its importance and long history is such that we can find a book about this place called “eight centuries of history of the Guadalquivir arsenal” being its author Pablo E. Perez-Mallaina.

We must go back to 1252, being built by order of Alfonso X the Wise for the construction of galleys in order to combat the North African Muslims, considered pagan, although they probably consisted of a reconstruction or remodeling of previous ones built in the 12th century by order of the caliph Abu Ya ”qub Yusuf, who in 1184 ordered the start of the works.

Later, in 1580, the works began to house the Customs House in the Shipyards, which remained there for 7 years, and later, in 1641, the works of the Hospital de la Santa Caridad began in the place although artillery facilities were still maintained.

Later, in 1804, the continuous growth of the Artillery Maestranza crossed its doors, occupying a large part of the Shipyards. But in 1945 the last five ships were demolished on the southern flank of the Atarazanas for the construction of the building of the Delegation of Finance. Thus, finally, in the period 1993-95, the Ministry of Culture acquired the property, being evicted by the military institution in April 1993, and from that year the Junta de Andalucía began the recovery of the monument with renovations and adaptations aimed at taking advantage of it as cultural space. 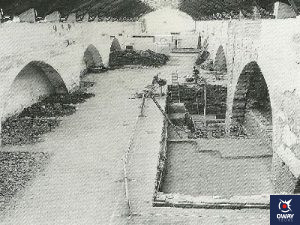 Visit the Shipyards of Seville

Through your visit to the Shipyards of Seville, you will be able to get to know this emblematic space made up of a total of 17 contiguous ships that is today one of the most important cultural and artistic spaces in the capital of Seville. In its exhibition halls all kinds of samples of Andalusian art are exhibited weekly, being the scene for example of the Bienal de Arte Contemporáneo de Sevilla in 2006 and 2007.

Since March 2019, its facilities have been chosen by la Caixa to develop the programs and activities that make up its Obra Social.

But in addition to being a cultural space, its influence as a historical building makes it possible to visit its different rooms to enjoy its architecture and take a small trip to the past through a unique artistic ensemble. 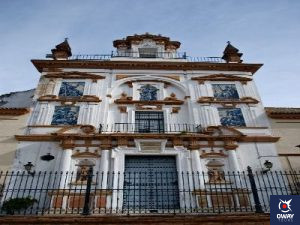 A plus of your visit in the Shipyards of Seville is that the entrance will be totally free. The schedule will depend on the season, being in summer due to the high temperatures in Seville, from Tuesday to Sunday from 9:30 a.m. to 2:30 p.m. and from 7:00 p.m. to 9:00 p.m.

To get to this iconic place you will have to go to the city center, for this reason it will not be difficult to find it. Specifically, it is located on Calle Temprado, nº 1 and with a postal code of 41001. You can also get there through various means of public transport, these being the bus with lines 3,21 and EA, by train C1 and finally by metro with the line L1.

Here you can find our best services in Seville:

Guided tour of the Alcazar and the Seville Cathedral

Guided Tour to the Alcazar of Seville