▷The 9 Secret Corners of Malaga | On OWAY Tours Founded by the Phoenicians in the 8th century BC and only 100 km from the Strait of Gibraltar, Malaga is a city that witnessed the tourist boom that emerged in the 1960s. Over time, it has become the important economic and cultural centre it is today, considered a tourist paradise. It is a city with great attractions due to its great historical roots, its more than 160 kilometres of coastline, more than 15 areas protected as reserves, sites or natural monuments, its culture and Mediterranean gastronomy.

Moreover, it is one of those cities that is internationally known and that you are sure to visit again. But in many occasions this visit is only focused on the tourist area of the Costa del Sol and you should know that in this city there are countless enclaves that you can easily walk around and that you have to get to know.

Baths of Carmen and Pedregalejo 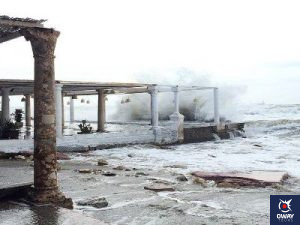 The Pasaje Chinitas is a pedestrian street in the historic centre of the Spanish city of Malaga. It is a narrow cruciform street, which runs from the Plaza de la Constitución. For much of the 19th and 20th centuries, this place was a meeting place for artists, bullfighters and poets, bringing together in its premises a wide variety of artisans of the time.

It is worth highlighting both its central space in the form of a courtyard, as well as the two axes that converge in it and form a very unique ensemble with a great visual impact both towards the side streets and the square through the access arch. The Café de Chinitas, which opened its doors between 1857 and 1937, was located here. It was internationally renowned, helped also by the references that García Lorca made in his poem dedicated to the bullfighter Paquiro. 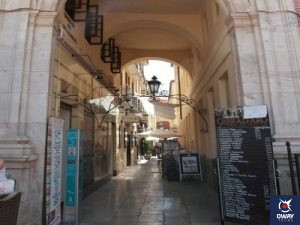 Another place worth visiting is the Atarazanas Market, which is located in the heart of Malaga, full of activity and life, and whose main door of Nasrid style was rescued from the old Arab atarazanas where ships were built and repaired in the 14th century. After the Christian Conquest of the city, they were used as a warehouse, arsenal, military hospital and barracks. Thanks to the intercession of the Academy of Fine Arts of San Telmo, the old monumental gate of the site was saved and moved to the centre of the main façade of the new building.

Today, the site has several bars and restaurants where you can enjoy the flavours, textures and colours of Malaga’s gastronomy, always with fresh and local products at fantastic prices. Also during your visit, you will be impressed by the large and colourful stained glass windows made in 1973. 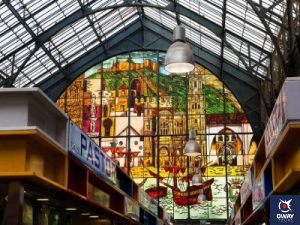 Malaga is the city of museums and your visit should not miss this stop as it has become an obligatory visit for all those who decide to visit the city. It has earned the distinction of being the most visited museum in Andalusia, and no wonder, as it has the most representative works of the painter. Its creation is due to the shared will of the artist’s daughter-in-law and grandson, as it was the artist’s wish that his work should be present in his native city.

It is located inside the Buenavista Palace, a landmark of 16th century Andalusian architecture. The 233 works in the Museo Picasso Málaga Collection cover Picasso’s revolutionary innovations. 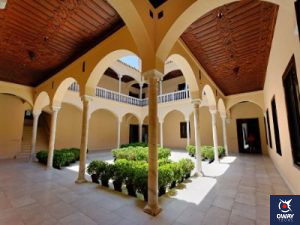 If during your visit you feel like escaping for a while from the hustle and bustle of this big city, this is your stop. It is one of the largest tropical and subtropical gardens in Spain and even in Europe with more than 50 years of history. The Botanical-Historical Garden La Concepción belongs to the Town Hall of Malaga and was created around 1855 by the Marquises of Casa Loring. There are more than 2,000 species of trees and plants spread over 250,000 square metres from Europe, America, Asia, Africa and Oceania. The monumental grove, the collection of palm trees and the aquatic plants are particularly important. In 1943 it was officially declared a historic-artistic garden and is now considered an Asset of Cultural Interest.

In addition, its extensive historical and monumental heritage stands out, with numerous noble buildings: the magnificent Casa-Palacio, the cypress house, the administrator’s house, the gardener’s house and the little school; two iron greenhouses; a large arbour; fountains, little bridges, steps, a beautiful viewpoint and, most impressive, the Loringiano Museum, a Doric-style pavilion that housed the archaeological finds that were found in the excavations financed by the first family that owned the estate. 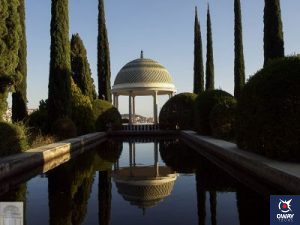 Malaga is much more than beach and sun, and a good proof of this is the Soho neighbourhood in the capital of the Costa del Sol. Soho Malaga, located in the heart of Malaga city centre, is the Barrio de las Artes and has become the emblem of urban art and underground culture in the city. Also known as the art district, this is a neighbourhood in decline, which has been totally transformed and renovated by street artists. Some buildings and facades are now completely covered with street art, you will also find craft shops, art galleries, world cuisine restaurants and some trendy bars. As well as wandering around to discover these displays of urban art, your stroll through Soho must include a visit to the Centro de Arte Contemporáneo de Málaga, with travelling exhibitions throughout the year and a wide variety of activities. 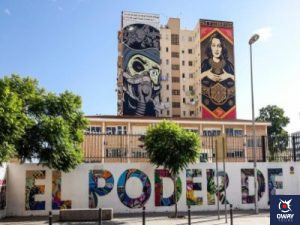 This is a visit that will require travel, but we include it as it is 100% worth it.  It is located about 60 km from the capital and is an environment in which villages have prospered throughout history, which has led to the creation of a set of hydraulic infrastructures and electricity generation that quickly became part of the daily life of the inhabitants of El Chorro. These infrastructures are connected by a service road, raised almost 100 metres above the bottom of the gorge through which the Guadalhorce River flows and which is known as the “Caminito del Rey”, which runs almost impossibly through the natural landscape of the Desfiladero de los Gaitanes. It was used sometimes on foot, sometimes on horseback and sometimes on bicycle by the children who went to school, the women to the grocery store and the men to the canteen. 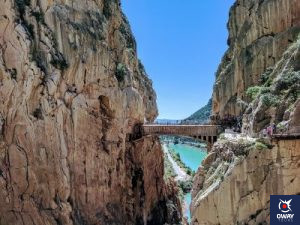 Located in the Port of Malaga, La Farola de Malaga is one of the icons of the Costa del Sol. Built in 1817 with stones from the Gibralfaro Mountain, it was inaugurated on the 30th of May on the feast of Saint Ferdinand, as a tribute to the then king. It is the only lighthouse with a female name on the peninsula built with the labour of convicts, which undoubtedly reduced the cost. A true symbol that has survived earthquakes, wars, shipwrecks and has illuminated the gates of Malaga for sailors, fishermen and traders. Furthermore, from this iconic place in Malaga we can contemplate one of the most fabulous panoramic views of the famous monumental area of the city of Malaga, which have given great cultural value to the area, making it very attractive for tourist visits. 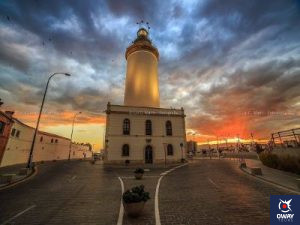 This stop is dedicated to mystery and photography lovers and is located in Campanillas, a neighbourhood on the outskirts of Malaga, a farmhouse with many mysterious stories behind its walls. This place has always been the protagonist of legends, appearing in the most important mystery programmes in our country, such as Cuarto Milenio. It is a bourgeois agricultural estate from the mid-19th century. But more than being known for its structure or its artistic value, it is famous for its paranormal legends, as it is said that shadows can be seen simulating characters wearing hats and that psychophonies can easily be recorded. 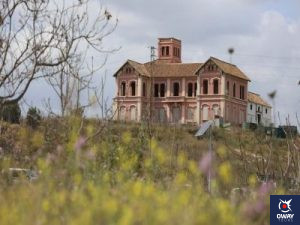 Here you can find our best guided tours in Malaga!