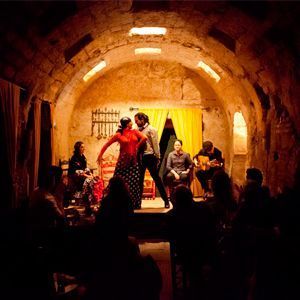 We are in the south of Spain, a land of vineyards, olive groves, and birthplace of flamenco and mixed cultures. In both places, the beauty of the past will involve us giving way in several variants, either painting, music, poetry, dance or even gastronomy, as you can see here all the senses will be enthralled.

Traveling from Sevilla to Córdoba

From Seville, several emblematic places will make you surprised: The Gothic Cathedral, the Giralda, the Alcazar and the Archivo de Indias, which were declared a World Heritage Site by UNESCO in 1987, and the Golden Tower and the Plaza Spain, which are candidates to obtain recognition from the end of 2013. Equally important is the old town considered one of the largest in Europe.
Emblematic characters have emerged in the history of Seville, great figures who have excelled in many fields. That’s why Seville is considered for being the city of Velazquez, Murillo, Becquer and Machado, also for Joaquin Turina, and even the fictional Don Juan Tenorio.

As you can see stopping in Sevilla is obligatory, but now we enter into a connection with the capital of Al Andalus, we enter into the marshes of the Guadalquivir river, also well known as the Big river in the Muslim era.

Born in Cazorla mountains, leaves spilling its waters along several Andalusian cities to reach its resting place in the Atlantic Ocean, in San Lucar de Barrameda (Cádiz).
It was said at the time of Tartessos that the river contained gold, but the river itself was a jewel that brought together the necessary to concentrate so many civilizations in the south of Spain.
Their commercial activities helped the Indian relations in Cordoba in the XVI century and even a port was used in for such purposes, nowadays the low level of water prevents the transfer for this place although it is still navigable from Sevilla.
Visite guidée Cordoue monumentale 45€ Book

Also noteworthy is the groves of Albolafia, taking the name of the existing old ferris wheel from Muslim period, the place is bounded by the Roman bridge and the bridge of San Rafael, but in such a short stretch we find a nature reserve with more than 120 animal species!! A river that never ceases to amaze.

Once the river Guadalquivir reaches Cordoba, we find an ancient cultural city, declared World Heritage Site. For sure, it is a living legacy of the diverse cultures that settled in some time ago in History.

Few places in the world can be proud of having been the capital of Hispania Ulterior under the Roman Empire and capital of the Umayyad Caliphate. Such splendor is palpable in the intellectual wealth of this center of wisdom and knowledge that has given place to figures like Seneca, Averroes and Maimonides. Walking through the old quarter of Cordoba means to discover a beautiful network of streets, squares and whitewashed courtyards arranged around the Mosque-Cathedral, which reflects the importance of the city during medieval times and true symbol of the capital.
To learn more about guided visits in Cordoba, click on the link down below:
Compartir