The tourist bus of Ronda

The 5 Best Bike Hire in Malaga 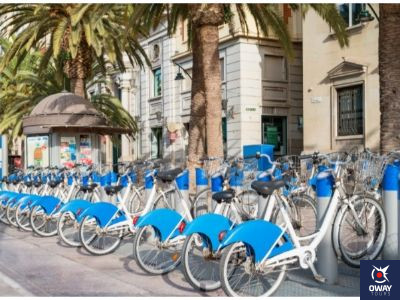 Malaga is the perfect city to move around by bicycle, thanks to its good weather at any time of the year. The bicycle is the easiest, fastest and most economical way to get around the city, and not miss any of the charming landscapes, places and monuments. A practical and simple alternative to private transport.

This company offers various types of bikes depending on your interests:

Child seats are available from 3€ for all bikes, as well as free helmets and locks. They also offer a number of routes in and around the city. For example a route along the east coast of Malaga, depending on your preferences you can go to the first village at 4km or up to 54km. On this route you can discover coastal villages, coves, eat espetos, among many other places.

-Route: It will start in the historic centre, passing through the Central Market, the exotic gardens of El Parque, the bullring, continuing along the promenade and culminating in the spectacular skyline.

-Route: It will start in the Soho district and will continue through the Alameda and its main mansions, the Contemporary Art Centre, the Guadalmedina river, the industrial area of the port and ending in the Natural Park of the Guadalhorce river. 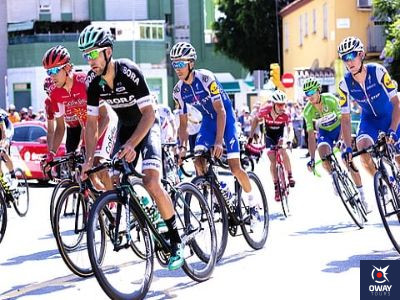 Service where all you need is your Malaga transport card and to register on the malagabici website. The first 30 minutes are free, after which the corresponding fares will be applied.

The stations are located at the main bus stations and most frequent traffic areas. Each station has several bicycles, and these have ergonomic saddles, tyres with reflective strips, 3 speeds, light and a front basket.

It is very simple to operate, just remove a bike with a green light, bring the transport card close to it and then just release it from the anchor. The same as when returning it, choose a green pole, bring the card close and anchor it. 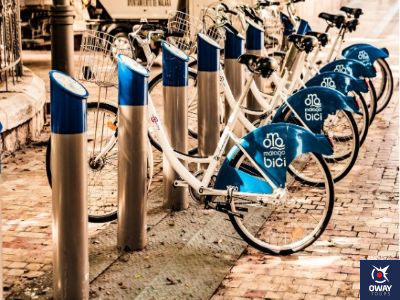 They offer various types of bikes, such as urban and mountain bikes, from €5. They also have electric bikes, both urban, mountain and trekking, from €15. The lock, helmet and lights are included in the price. A child seat is about €5.

This company also offers a service of routes around the city. One of them goes to the Historical Botanical Garden of La Concepción, in the north of the city; to the Desembocadura del Guadalhorce Natural Park and through the Montes de Málaga. 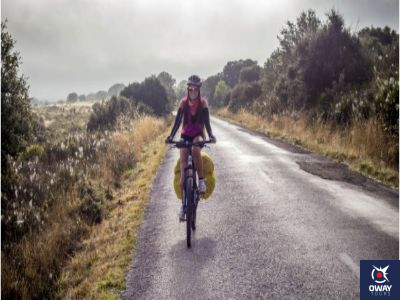 They have all kinds of bicycles from 15€ per day. Both touring, mountain and road bikes, as well as having recently incorporated electric bikes. All of them include air pump, spare inner tube, detachable and bottle holder.

They offer several routes in the province of Malaga and Andalusia of varying difficulty:

Route: The village of Cenes de la Vega in Granada will be the starting point, following the Quéntar reservoir, the Dornajo Visitor Centre, the Salinas road, Prado LLano and finishing at the summit of Pico Veleta.

Route: It will start in Grazalema, taking us through the Natural Park of the Sierra, also along the route of the White Villages and Villaluenga del Rosario.

Route: It will start in the mountain of San Roque, following the route through the Natural Park of Los Alcornocales, ending in Jimena de la Frontera.

Route: This route starts near Álora, at the restaurant Los Caballos, arriving at Valle de Abdalajís, going up to the Torcal de Antequera, up to the top of the mountain. 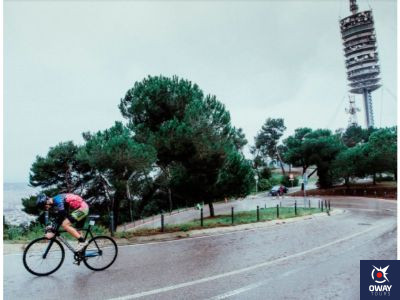 They have a wide selection of all types of bikes, mountain bikes, road bikes, touring bikes, children’s bikes, etc, with all the accessories included.

To discover the city of Malaga they offer several bike tours:

Route: Tour around the city of Malaga, through all the most important monuments and places.

Itinerary: It takes you around the most famous attractions of the city, and takes you to the gastronomic highlights, such as the Central Market, old taverns and the oldest wine cellar in Malaga. 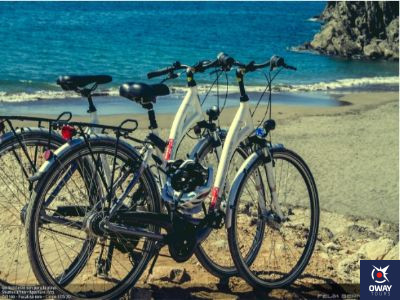 If in addition to a day of cycling, you want to enjoy a tour of the city and its surroundings to complete your visit, we offer several of them: