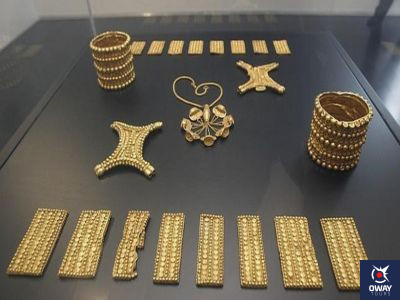 When a Sevillian bricklayer, named Alonso Hinojo del Pino, discovered a piece of gold while working on the hill of Carambolo, in the town of Camas, he did not expect to change forever the archeology of Seville. It is undoubtedly one of the great attractions of the Archaeological Museum of Seville that no one wants to miss.

This museum was founded at the end of the 19th century, when a public collection of antiquities, most of them taken from the Roman city of Italica, was created. It was originally housed in the old convent of La Merced, but in the mid-twentieth century was moved to the pavilion of Fine Arts, created for the Ibero-American exhibition of 1929.

The museum consists of three floors: the basement with ten rooms exhibiting the material evidence of the different societies that succeeded each other in the territory of the current province of Seville, throughout Prehistory and Protohistory; the first floor with eighteen rooms, includes the Roman Period, Late Antiquity and the Middle Ages until concluding with the Modern Age; and the upper floor, where the spaces for meetings and offices are located. In addition, on this second floor is the Monographic Room, dedicated exclusively to the Carambolo Treasure.

History and origin of the Carambolo Treasure

More than 60 years have passed since this relic was found. It was on September 30, 1958, when Alonso Hinojo del Pino, while working as a bricklayer, found a 24 carat gold bracelet. It was missing an ornament, and it caught the attention of all his colleagues so much that they started digging to see if they could find the remaining object. The surprise was even greater when all kinds of jewelry came to light: a terracotta vessel, a kind of basin and a whole treasure trove of real gold. At first, none of the workers believed that they were looking at ancient relics, as it would be too much of a coincidence to find so many objects at once. In fact, one of them even bent one of the pieces to the point of breaking it just to prove that they were fakes.

In total, the collection is made up of a total of 21 gold pieces. These include a necklace with intricately engraved medallions, several ox-skin chest ornaments and splendid bracelets.

The goldsmith’s set dates from around the 650th century BC, but after its discovery there was much speculation about its origin. At first there was talk of the Tartessians, a people who lived in Spain between the 9th and 6th centuries BC. The disappearance of the Tartessians some 2,500 years ago gave rise to theories that linked them to Atlantis. However, recent studies have discarded this theory.

Later, the Phoenicians and the origin of the jewelry were discussed in relation to them. The Phoenicians were a people from the Near East who settled in what is now the area of Cadiz in the 8th century BC.

However, it was later discovered through analysis that the jewelry probably came from the mines associated with the dolmens of Valencina de la Concepción, which date back to 3,000 BC. The investigation concluded that the treasure is the result of a mixture of cultures, Phoenician and local, due to the origin of the gold and the different techniques of manufacture of the pieces. The jewels from the treasure of El Carambolo mark the end of a continuous tradition of gold processing that began some 2,000 years earlier with Valencina de la Concepción.

Ana Navarro, director of the Archaeological Museum of Seville, states that although the treasure is of local provenance, the techniques used for its manufacture are of Phoenician origin. In addition, a Phoenician temple has been identified close to where the treasure was discovered, and the Carambolo treasure itself is the result of a mixed culture between the Phoenicians of the Near East and the local Tartessians. 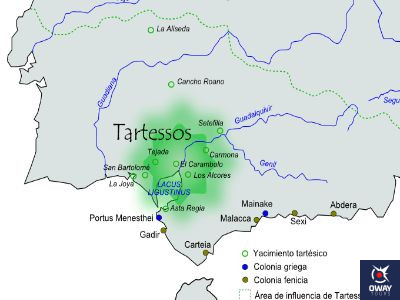 The conclusions of the latest analysis are somewhat limited, since it has only been possible to examine fragments of one of the 21 pieces that make up the collection. Alicia Perea, an archaeologist at the CSIC’s Center for Human and Social Sciences who specializes in gold technology and has studied the El Carambolo treasure, states in a study about jewelry manufacturing processes that, although some of the pieces were probably made locally based on style and technique, the necklace with the engraved medallions could have come from Cyprus, based on its design.

While researchers are still trying to uncover the secrets of this mysterious treasure, Navarro and Perea agree on the relationship between the ancient civilization and the Antarctic theory, although it seems “really crazy”, according to Perea herself, since “it has nothing to do with archeology or scientific research”.

Don’t miss anything of the magical city of Seville by booking one of our Tours in Seville: