▷ The End of the State of Alarm in Cadiz | OWAY Tours

The 7 Best Terraces in Seville 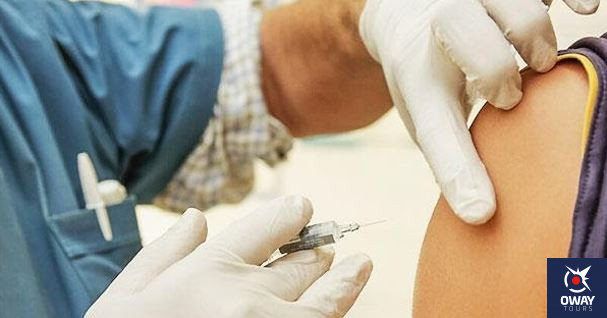 In these times, each of the decisions to be taken revolves around the progress of the crisis that began with the COVID-19. Many events have been faced by citizens. Day by day they wonder what the procedure will be to return to the old normality or to what once happened to the normal life.

On 01 June 2021, the Andalusian Autonomous Community of Andalusia announced through the Regional Minister of Health and Families, Jesús Aguirre, the maintenance of the measures adopted so far. At the meeting chaired by the president of the ‘Junta de Andalucía’, Juanma Moreno, it was proclaimed that this decision ensure the cautious development.

Due to the slight increase in the number of cases in some of the territories, the population will have to remain in phase 1 of the de-escalation until a new decision-making meeting to be held in two weeks’ time. This meeting will be held by the Andalusian Advisory Council for High Impact Public Health Alerts, popularly known as the Committee of Experts.

Back to Old Normality in Cadiz

Once this decision has been taken, citizens must be patient until “the stabilisation phase” is reached, according to Aguirre. The minister also said that the “principle of prudence” should always be borne in mind, as even though the cumulative incidence count has changed from seven to fourteen days and the number of cases has risen slightly, the public should not forget the current situation.

De-escalation towards normalisation consisted of 3 phases. The first corresponds to the stabilisation, which was to be adopted from the 9th of May until the 31st of the same month, and in which Cadiz and the other provinces of Andalusia are still in today. The second, the advance, was to be implemented on 2 June until 21 June. And finally, the normality, had been planned from 21 June.

In this way, the province of Cádiz is directly affected by this delay. Even fairs, pilgrimages and festivities that were to take place this summer have been suspended. The mayors of the 19 municipalities belonging to the ‘Sierra de Cádiz’ (Alcalá del Valle, Algodonales, Arcos, Benaocaz, Bornos, El Bosque, Espera, El Gastor, Grazalema, Olvera, Prado del Rey, Puerto Serrano, Setenil, Torre Alhámique, Ubrique, Villaluenga, Villamartín and Zahara de la Sierra) have decided to do so. After a meeting, and despite the fact that some of these municipalities are tourist hotspots, it was decided to prioritise the health of the villagers, most of whom are elderly, rather than the celebrations. Despite this news, the town councils have clarified that “symbolic and alternative events” of a cultural nature will be held, always under the careful monitoring of the measures implemented. 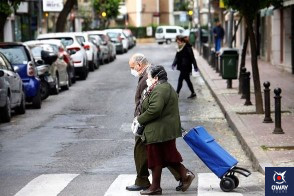 What can we do?

As the measures adopted 21 days ago are therefore maintained, what are we allowed to do in Cadiz?

As far as the hotel and catering trade is concerned, the closing time will remain the same until 12 midnight. On the other hand, tables will have a maximum occupancy of 8 people inside the establishments and up to 10 outside the premises. All of this is in accordance with the regulations implemented at municipal level.

In the case of nightlife, the hours allowed will be until 2 a.m. in most cities, except in those where the trend is positive, where the closing time will be extended to 3 a.m.

When it comes to cinemas and theatres, the capacity is limited to 85%, as well as in gymnasiums, where there may be a maximum of 25 people inside the latter, as well as inside classrooms of an academic nature.

In the tourism sector, 75% of the capacity in hotels is maintained.

Finally, commerce will be the only sector that continues to allow 100% of the capacity to be set according to the establishment.

After the State of Alarm, enjoy Cádiz safely through our Free Tours or our Guided Visits to the White Villages of the province. 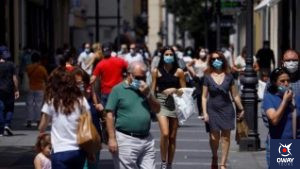