The equestrian show in the Royal stables of Cordoba - Oway Tours

Do you know the typical food to eat in Cordoba?

The equestrian show in the Royal stables of Cordoba 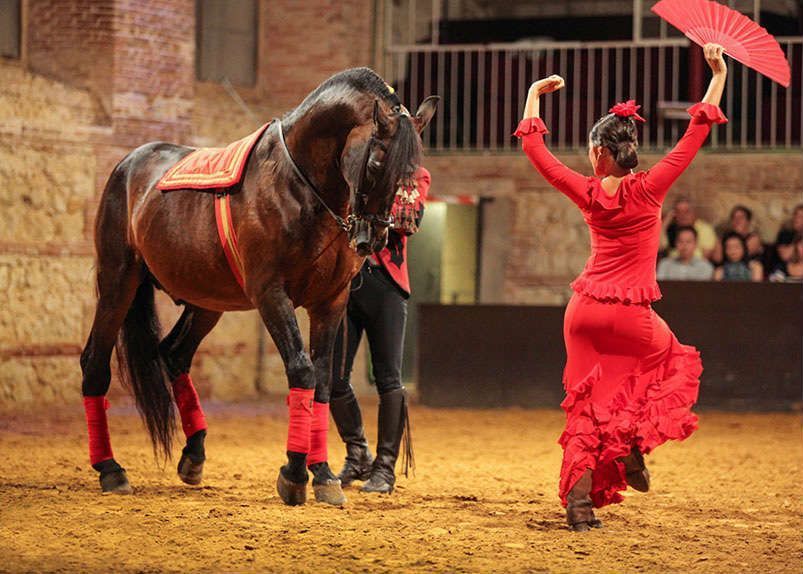 No doubt you know that Seville is rich in history, landscapes and monuments, but beyond this attraction that is manifested in all its corners, the scenarios of Seville are the favourites of scriptwriters and directors to bring to television and the big screen projects that range from medieval times to modernity. If you have never recognised one of the city’s magical corners in a film or series, read on, because you may even have visited them.

Films shot on location in Seville

Part of the filming of this cinema classic, which premiered in 1962, includes locations in Seville such as the Plaza de España, the Casa de Pilatos, the Real Alcázar, the Palacio de Miguel Mañara and the Hotel Alfonso XIII.

Star Wars Episode II: The Attack of the Clones

Did you know that Theed, the capital of Naboo, is actually the Plaza España in Seville? For the second installment of this saga, they converted the space where R2D2, Anakin Skywalker and Queen Amidala were dressed.

1492: the conquest of paradise

Ridley Scott shot much of his film in the Reales Alcázares, using the Palace of King Don Pedro as the residence of Queen Isabella of Castile.

For this feature film, the Plaza de España became the dictator’s palace. The curiosity about this scenario is that it was digitally retouched to achieve a double vision. Hardly anyone recognizes it.

It is impossible not to appreciate the special colour of Andalusia, and especially of Seville, in this love story. From the bar where the protagonists meet, to the river promenade the places are an open invitation to visit the city.

A new kingdom in Seville

There are many stages in Seville, and they are adapted to the time that directors need. The world renowned HBO series, Game Of Thrones, couldn’t miss the opportunity to shoot here, and that’s why they chose the Royal Alcazars as the Kingdom of Dorne. Without changing anything, the oldest palace in Spain still in use and a UNESCO World Heritage Site was the home of the sand snakes for several seasons.

You know that the places where your favourite characters developed their stories are closer than you imagined, now to schedule a trip and see in person the most famous scenes of Seville in cinema and television? Surely, yes.