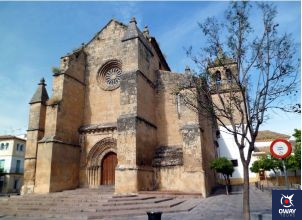 In Cordoba, the churches that were built at the request of Ferdinand III the Wise in the 13th century are known as Fernandine Churches. Discover the cultural charm of this part of Cordoba’s heritage and enjoy these beautiful churches.

Unfortunately, only part of the structure has come down to us from this church, since it underwent a remodelling in the 80s that would turn it into the Provincial Historical Archive of Cordoba. In addition, the Chapel of the Conception and its 18th century tower are preserved next to it, showing the passing of time and the evolution of the building. Although we can enjoy the few remains that remain, it is also possible to learn more about how it was in the Middle Ages by visiting the Provincial Historical Archive of Cordoba, where they will show you information about the building. In addition, it is also advisable to visit it with some of our qualified guides in Art History, who have enough knowledge to draw the original 13th century church with your own imagination. 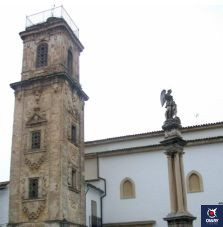 The Church of San Miguel shows the different periods of the history of this picturesque city. It contains details from the Muslim era to an altarpiece from the 18th century. Like the rest of the Fernandine churches, it is a construction of medieval origin that has also undergone some remodelling. Without even entering, we are surprised by the enormous glass window that stands out in the heart of the façade. 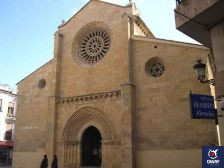 This beautiful church is located in the heart of the city of Cordoba, which fills it with history and beauty. It is situated on the Bulevar de Gran Capitán, a usual place to take a walk and enjoy this church. The tower stands out in the building, which has a polygonal shape and was built, as in other Fernandine churches, on top of an old mosque. Thus, the tower was built on the minaret of the mosque. We recommend a visit to the monuments of Cordoba. 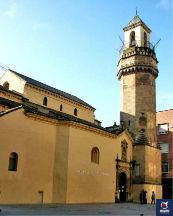 It well-known that, this church preserves the essence of the magnificent period in which it was built. Despite the numerous restorations it has undergone over the years, it is possible to enjoy its original architectural features. Like many of the Fernandine churches, its caliphal ancestry is presented in the form of a Christian tower, which in the past would have been the minaret of an Umayyad mosque. 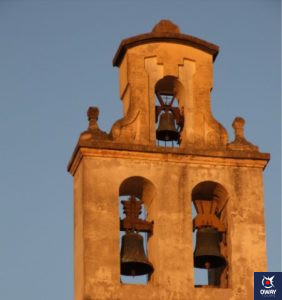 This church serves as a model for other churches and parishes in the city of Córdoba. It is located near the San Lorenzo neighbourhood, where its neighbours welcome it with great devotion and cultural love. This Fernandine jewel makes it possible to enjoy different architectural styles, such as Mudejar, Romanesque and Gothic. Just by observing the cover we will be captivated by the beautiful rose window in the center. On its right side is the oldest door of all the churches of Cordoba. It also stands out for its 17th century tower. 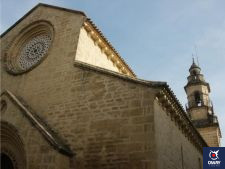 The Church of San Agustín is located near the San Lorenzo neighbourhood. This church dates back to the 14th century, although, as with other of its Fernandine sisters, the Baroque remodelling covering the Mudejar style is also evident. However, it is possible to easily differentiate between the two architectural styles from the façade, where Corinthian columns are joined, offering a view closer to the 17th century, and the rest of the façade, which offers a more medieval view. 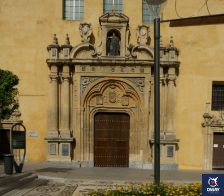 According to the different Fernandine Churches, the set of architectural styles that can be found inside is enriching. This is the result of the convergence between the different civilizations that have marked Cordoba from the Muslim era to the reconquest of the Christian Kings. It was founded on a Visigothic basilica, although there are few signs of its origin after the plural remodelling. Nevertheless, the Baroque altarpiece inside stands out, which is stunning in relation to the construction of this cultural jewel of Cordoba. 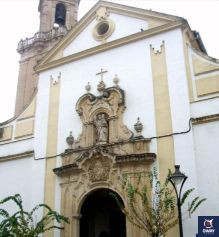 The Church of San Fernando and San Eulogio de la Axerquía is a convent church where we find some of the original remains of its construction. It is worth mentioning the image of San Fernando III el Santo on its front page, who ordered the construction of the different Fernandine churches that are found in this post.

The Church of San Pedro is centrally located for a walk in the area. Close to the Plaza de la Corredera, this church today preserves two of its medieval doorways. In addition, the tower also conserves the first body that was erected for its construction. This beautiful church houses a magnificent 18th century high altarpiece by the artist Negrete.

The altarpiece of the Chapel of the Martyrs is also of great cultural interest. To complete your visit to the city you can take a guided tour of Cordoba with specialised guides in the Alcazar of the Christian Kings.

This church is located in the center of the city. Without a doubt, its imposing façade on Capitulares Street is a Cordovan jewel that you should not miss. It is the result of Cordoba’s history. In Roman times it was built as a Roman circus, while when the Muslims arrived it became an Almohad palace. With the arrival of the Christians in Cordoba, this church became a convent, one of the stages that is best presented today. 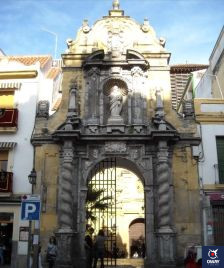 The church of Santa Marina, also of medieval origin, is located in the Plaza del Conde de Priego. Due to the fact that its construction lasted until the 14th century, it is possible to enjoy the various late Romanesque, Gothic and Mudejar architectural styles. This church has a special charm because over the years it has collected different styles that show us today its history and the important presence within the cultural heritage of Cordoba.

Thus, you can enjoy the remains of the Renaissance period, such as the tower and the tabernacle. It is very popular to visit the church to show devotion to the image of San Pancracio. 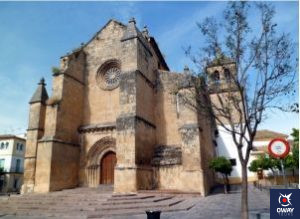 This church is one of the wonders of Cordoba’s cultural heritage. It gives its name to the neighbourhood where it is located, being one of the churches that show its medieval architecture, despite the reforms, which have maintained its charm while respecting the original essence that characterizes it. Its imposing rose window in the centre of the entrance stands out. It is also worth mentioning the main altarpiece that awaits us inside, where there are paintings of special interest for lovers of Italo-Gothic art. 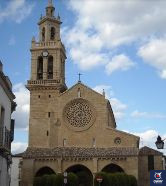 To sum up, you do not miss the route through the Fernandine churches by the hand of our experts and let the art surprise you.

The weather in Córdoba

Hiking trails in Cordoba: Enter the natural heart of Andalusia.