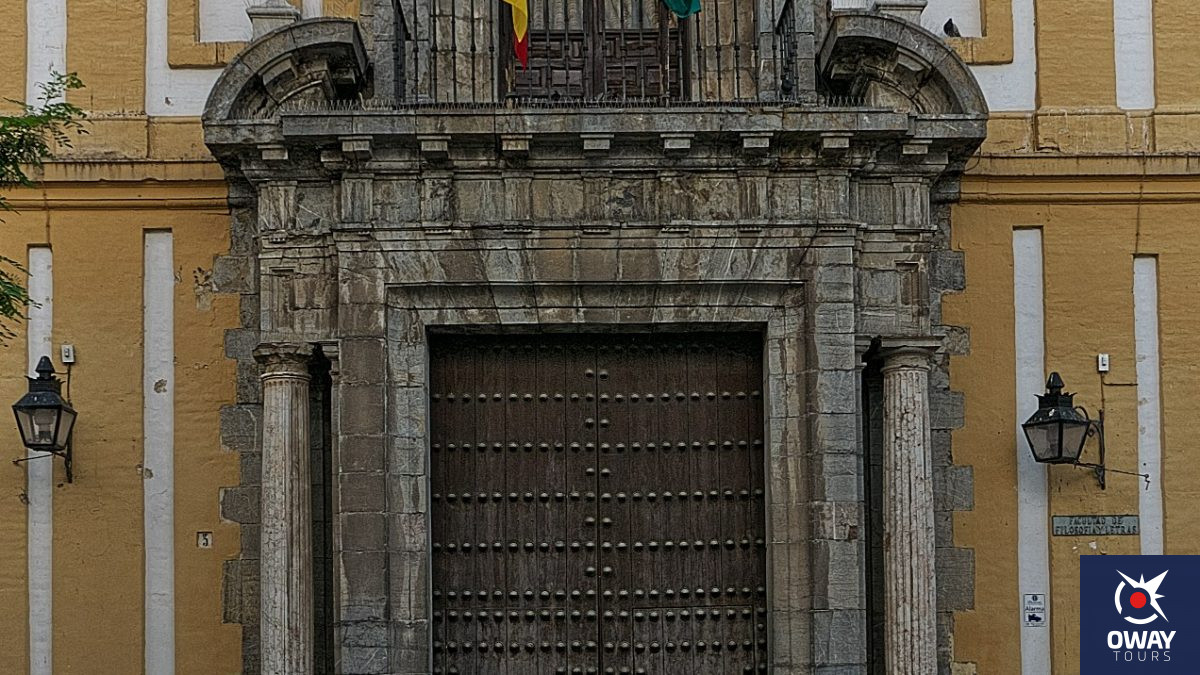 The narrow streets of the Jewish Quarter of Cordoba are known for their numerous nooks, whose alleys full of history will surely catch your attention. Specifically, we are in a remarkable building, both for the people of Cordoba and for the tourists who visit it. It is the Cardinal Salazar Hospital or rather known as the Faculty of Philosophy and Letters.

The Cardinal Salazar Hospital, built in the 17th century, was promoted by Cardinal Fray Pedro de Salazar y Toledo. Its construction was interrupted in 1704 by the terrible plague epidemic that turned this new building into a hospital. It served as a remedy for the health situation in which the city of Cordoba was emerging.

Its construction is striking because, although it had the function of a hospital, at that time it did not conform to the traditional hospital prototype. In 1738, the Bishop of Cordoba was appointed. In 1724, there took place some transformations that made the building better suited to its function as a hospital, converting its wards into a reception centre for poor patients, prisoners, and the insane. During the War of Independence, it also became a military hospital.

On the 8th of September in 1836, following the order of the General Regulations of Public Charity, the sick were separated into different hospitals, thus placing the chronically ill in the Hospital of Cardinal Salazar. The hospital received the nickname by which it would be known until its extinction in 1969: Hospital de Acudos.

During the hospital period, the care of the sick was carried out by the Sisters of Charity of Saint Vincent de Paul. There was a period of time when the hospital became the headquarters of the Free Medicine Faculty of Cordoba, as it was the only one that had all the necessary characteristics.

Throughout the 20th century the hospital was changed and extended to become a University College. In 1980, after the creation of the University of Cordoba, an extension was made to the premises in which the Library, Assembly Hall and Offices were built. This led to what we know nowadays as the Faculty of Philosophy and Letters. 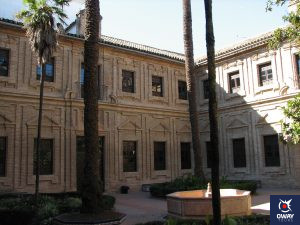 The building consists of several parts. We start our tour in the Main Courtyard, which is closed and has a double floor. As for its architecture, it has rectangular openings which are closed with rectangular fronts on the inside and curved on the outside. This courtyard gives rise to galleries covered by vaults with protruding edges.

On the other hand, we have the Cloister Courtyard, which also has two floors presented with brick semicircular arches on columns in the interior area. Between these two courtyards you can see the main staircase that stands out for its tower, built by two sections of inverse direction joined by a landing.

Among the remains that are preserved from the transformations of the old building, we would like to highlight the High and Low Chapels, both with vaulted roofs at the heads and with scarlet cannon. As for the exterior of the building, we can appreciate its two floors and its façade built with triangular and curved gables separated by double pilasters.

If you would like to learn more about the heritage of Cordoba, click on the button down below:

We can highlight the Cardinal Salazar Hospital with numerous curiosities. It is important to remark that the main courtyard is made up of a second group with several shutters where you can see the names and dates of the patients who were admitted. Some of these names date back to the 18th century and you can see that the spelling is different from the current one.

On the other hand, there are some legends that exist about this building. It is said that numerous ghosts of the sick who died in this place walk through the corridors at night. To complete your visit, you can take part in our Free Tours to walk around the city without missing any details. Moreover, you can enjoy the guided tour to the Mosque of Cordoba and the guided visit to the Royal Alcazar of the Christian Monarchs,  all leaded by our best experts.

The Cardinal Salazar Hospital is located in the Cardinal Salazar Square a few meters from the Mosque-Cathedral of Cordoba. You can get to the building by public transport which is located at its nearby stops. The lines that stop by these lines are the buses 2, 6, N, 02, T. On the other hand, you can also access from the city center as it is in the heart of the Jewish quarter. Also, you will find it easily as it is near the main streets where you can buy souvenirs, enjoy the cuisine and access to other monuments.

In Oway tours we recommend you enjoy the wonderful visits to the city of Cordoba, and accompany our local guides to learn more about the city’s culture and history. 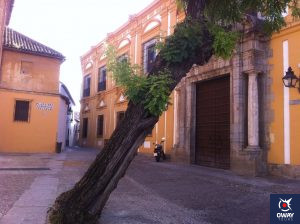