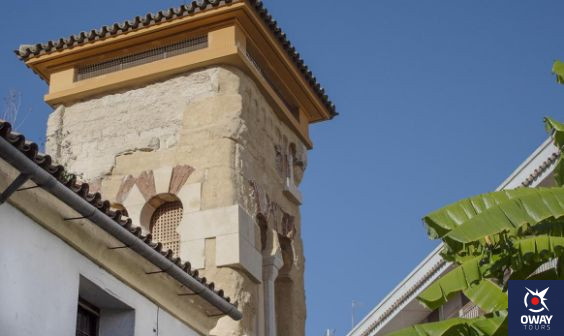 This construction was built at the end of the 9th century and it was one of the many medieval mosques in Cordoba at that time. From this minaret the faithful were called to prayer.

After the Christian conquest, this building became part of the order of St John of the Knights who transformed the mosque into the Church of the same name. Thus converting the minaret into a bell tower.

In 2018 it underwent a profound reform, where the minaret’s value was notably increased as it is part of the only examples of emirate architecture in Spain. These relics have been declared an Asset of General Interest.

As you can see, the building is square in shape and is less than eleven meters high.

Its body is made up of stone blocks arranged in rope and laid in headers with twin horseshoe arches on marble columns with Visigoth shafts. Its arches are made up of two-colored red brick keystones alternated with bio-calcarenite stone.

If you would like to visit the most renowned monument of the city of Cordoba together with the best experts, click on the button down below:

Cordoba has a large heritage of Arab origin and this minaret is a sample of the most common architecture of the Muslim era in Cordoba. Today, this minaret is considered to be one of the four minarets in Spain. Moreover, only 7 minutes away from this minaret (by foot) there are monuments such as the Mosque-Cathedral and the Alcazar of the Christian Monarchs, which you have the opportunity to enjoy in our guided visit ‘Monumental Cordoba’ along with a pleasent walk around the Jewish quarter. Also, if you are interested in learning more about other historical places of the city, we offer Free walking Tours and guided visits to the archaelogical remains of the ancient city of Medina Azahara.

The Minaret of San Juan is located in the Plaza de San Juan, in the Jewish quarter of Cordoba. It can be accessed from the city center by foot and has an accessible entrance. 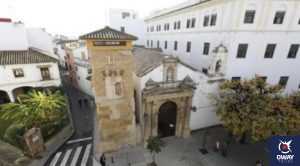 As for the visits, you can enjoy its facade at any time of the day because it is located in the same San Juan square. You can’t miss it!