The Legend of the Tower of Malmuerta | OWAY Tours

The Tower of the Malmuerta 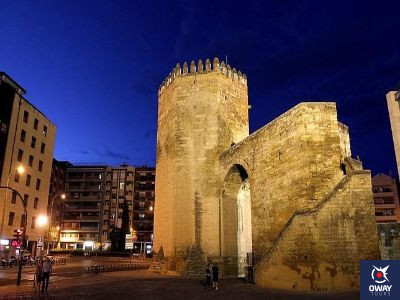 Located in the surroundings of the Jardines de la Merced is a place that brings together beauty and perfectly combines two values: the old and the new. The Tower of the Malmuerta is located in this place, and this contrast that surrounds it many would say is negative. However, contrary to what it might seem, it has favored it and still retains the beauty that characterizes it and becoming the only reference of the existing Antigua Barrio del Matadero. This place is no longer the defensive point of the city that it used to be, but it is still a great fortress.

It is one of the best preserved monuments in Cordoba today and yet it is not as well-known as others. However, it has nothing to envy to other monuments and the Torre Malmuerta belongs to the fantastic artistic heritage of Cordoba and as such, it should be taken into consideration. It belongs to the General Catalogue of Andalusian Heritage and is of great importance.

The History of Tower of the Malmuerta

This tower is an albarran tower that was begun between 1404 and 1408, and was built on top of a previous tower that was Islamic. The tower is octagonal in shape and is connected to the wall through a semicircular arch, where you can see an inscription with practically erased data referring to its construction. Inside, several staircases lead to the parapet and, higher up, to the only room in the building, which has a vaulted ceiling and is open to the outside through loopholes.

The uses and functions of the tower are very diverse, and depend very much on the historical period in which it is situated. First, its defensive function and use was eventually lost, and it began to be used as a prison for nobles during the reign of the Catholic Monarchs. Later, in the 18th century, the Cordovan D. Gonzalo Antonio Serrano began to use it as an astronomical observatory. Later, it was used as a gunpowder deposit and fumigation chamber to treat clothes infected by epidemics.

Closer to our times, in 1951 the mayor Alfonso Cruz Conde adapted it to serve as a small museum in honor of the people of Cordoba who had participated in the discovery of Christopher Columbus. However, this function did not last long either.

Nowadays, there is an iron cross on white marble which reminds us of all the remodeling that has taken place. Remodellations that in the end have made the tower have and represent the old with the new, from the late Middle Ages to the Contemporary Age. 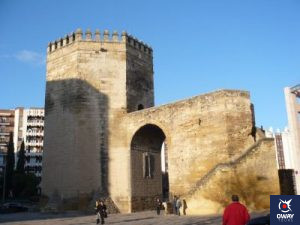 We all know the name La Torre de la Malmuerta and know how to identify it. However, do you know the other names that have been given or are given to the tower? Names such as Tower of the Malmuerta, of the Encantada, of the Milagro or Tower of the Comendadores. Different names to refer to the same tower, and if there are many remodellings to spare, there are also many legends surrounding the name of the tower, many created by the people of Cordoba. However no one knows for sure which one is true and they are all suppositions.

One of the most curious legends is the one starring a necromancer Moor, which is inspired by the aforementioned inscription on the arch and is as follows:

This necromancer Moor built the tower and left a great treasure hidden.  The tower would then collapse if a horseman rode under the arch and could read the whole inscription as he galloped under the arch, revealing the treasure. To date, no treasure has yet emerged and the tower has not collapsed, so we can imagine that no one has yet tried it or it hasn’t worked, but it is still a very peculiar legend.

In addition, one of the most famous legends and one that many people consider to be true is that there was a crime of jealousy. It was really unfounded and there were no motives or facts to motivate it. However, the crime ended up happening where a nobleman ended up murdering his wife and the punishment for the jealous husband was to build, so that his crime would always be remembered, a tower with the name: La Torre de la Malmuerta (The Tower of the Malmuerta).

Above all, its peculiar name can have its origin in any fact. Whatever its origin, it is best to visit the monument yourself and draw your own conclusions, and who knows if you can theorize a new legend. Regardless of its name, the Torre de la Malmuerta is a place worth visiting and a must if you are in Cordoba. 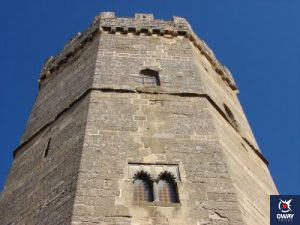 How to get to the Tower of the Malmuerta?

The Tower of the Malmuerta is located in the Santa Marina neighborhood, very close to the Jardines de la Merced and right next to the Faculty of Labour Sciences.

It is very easy to get there by public transport, you can go by bus and take lines 2, 6, 9, E or N. All of these lines will stop just a few meters from the tower, the nearest stops being “Colón Norte” and “Ollerías (Puerta Colodro)”. If you are in Ronda de los Tejares, it is approximately a 5-minute walk.

However, if you want to go by car you should bear in mind that it is usually difficult to park. There is a large amount of parking but most of it is in the blue zone. It is difficult to find a free space because it is a busy area. In this case, we recommend taking public transport as it will drop you off right next to the tower and you won’t have any complications. 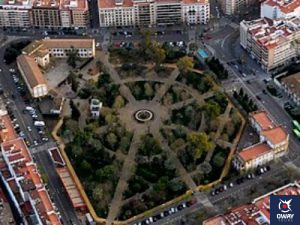 If you are in Cordoba and you are going to visit this tower, don’t hesitate to discover the rest of important places in Cordoba. You can check these places thanks to the best guided tours of Cordoba that we have, and you will be able to see visits like: