Weather in Cadiz: activities for every season 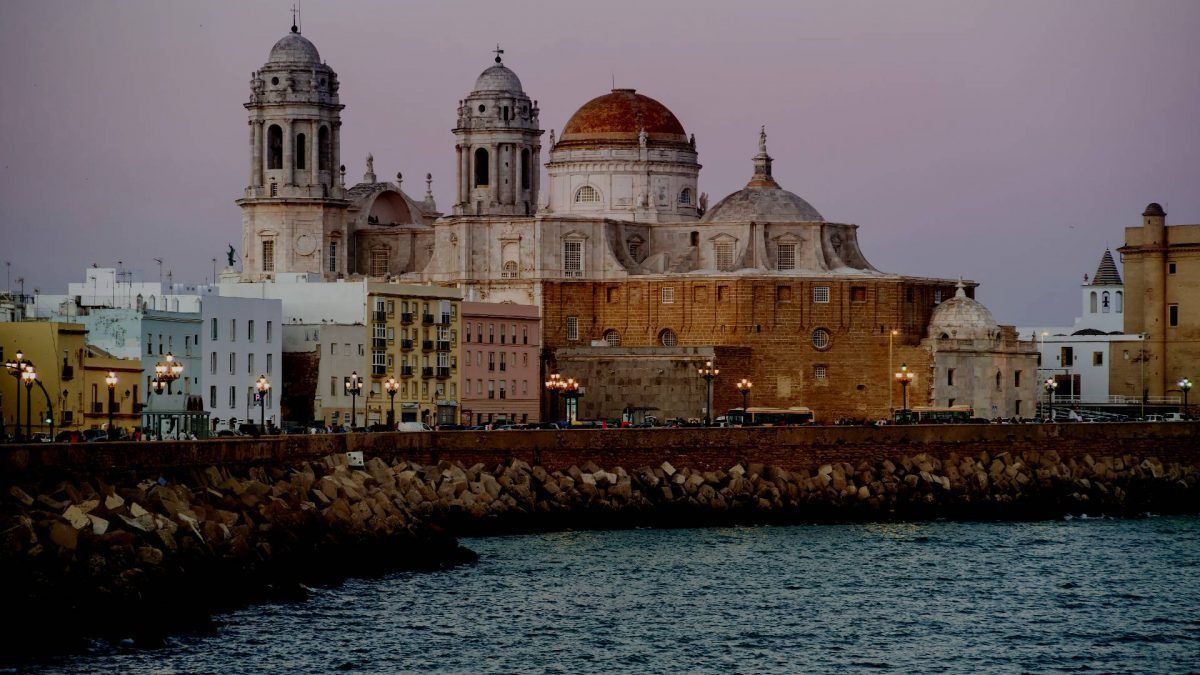 Founded more than 3,000 years ago by the Phoenicians and located on a narrow slice of land surrounded by the sea‚ Cádiz is a typically Andalusian city that boasts many well-preserved historical landmarks. The older part of Cádiz, commonly referred to as the Old Town (Casco Antiguo in Spanish), with the remnants of the city walls, is characterized by the antiquity and charm of its various quarters (barrios), among them El Pópulo, La Viña, and Santa María. Thanks to its southern location, the weather in Cadiz is generally good throughout the year.

Wheather in Cadiz: when to go

You might be wondering when is the best time of year to go to Cádiz then? Well, the answer is that there is no right answer. Weather in Cadiz is fairly good and all the seasons have something special to offer that will make the trip unique, so it basically depends on what you are looking for.

The amount of sunshine in Cadiz is great in summer, good in spring, and still pretty decent in autumn and winter, when there is a moderate amount of cloudy days, during periods of bad weather, but there are also sunny periods.

In a typical year, there are 550 millimeters (21.5 inches) of rainfall, of which more than 80 mm (3.2 in) concentrate between December and February. In summer there is little or no rain.

Moving away from the coast, in the valley of the Guadalquivir (or Betic Depression), temperatures get a bit more extreme. The summer is much warmer, while the winter is a bit colder, especially at night. Rainfall amounts to about 590 mm (23 in) per year, with a winter maximum and a summer minimum, as usual.

Seasons in detail: what to do

During this season, humidity and temperatures combine to make it moderate. High temperatures range from 84.3°F (29.1°C) to 67.4°F (19.7°C), with warmer temperatures in the later months of the season. Rain is quite infrequent with only 2 to 5 days of significant precipitation per month.

Spring is the perfect time of the year for sightseeing, as the weather is warm but not too much. Discovering all the treasures of the old town taking a break for tapas and wine every now and then is a real pleasure. It is also the time of the year when most towns in the province celebrate their ferias: Feria del Caballo de Jerez, la Feria de la Manzanilla de Sanlúcar de Barrameda, la Feria de Primavera y Fiesta del Vino Fino del Puerto de Santa María, la Feria de Chiclana o la Feria Real de Algeciras. You definitely won’t be bored!

Summer months have usually very comfortable weather though the high temperatures can get quite warm. In these months precipitations are virtually non-exitent. June – August is the busiest season for tourism within the province, so accommodation would likely be more expensive than usual.

If you are coming in summer, beach is what you are looking for! Cadiz boasts some of the most spectacular beaches in the South of Spain. Bolonia, Zahara de Los Atunes, Los Alemanes, Costa Ballena and Caños de Meca are just a few. White sands, dreamy blue waters… The Caribbean has nothing on them! Also, due to the wind concentrations in the area, it is the ideal place for the practice of surf in all its variations. El Palmar beach is the queen for that purpose.

This is the most convenient time to discover the charms of inland Cadiz, especially its spectacular nature. With a total of around 57 hiking in the province, this is hikers dreamland.  Walking along the paths, observing the landscapes, catching the smells of our fields with a calm and carefree mindset, while enjoying a conversation with family or friends, can be a great way to explore our nature, cultural heritage and our way of life.

Though winters are not extremely cold, they can get colder than some tourists expect. The average high during this season is between 67.4°F (19.7°C) and 61.1°F (16.2°C). This is still mild compared to other places, but don’t forget your coat! Also, bear in mind that on average, it rains or snows a fair amount: consistently 5 times per month.

Visiting Cadiz in winter has its perks, too. For example, the most important event of the city takes place during February: The Carnival. This is one of the most important carnivals in the country, whose main distinctive characteristic is humor. The groups, known as ‘chirigotas‘ sing about the current affairs of Spain through sarcasm, mockery, and irony. Oh, there are also customs, so don’t forget yours!