Things to do for a weekend in Cadiz - Oway Tours

Things to do for a weekend in Cadiz 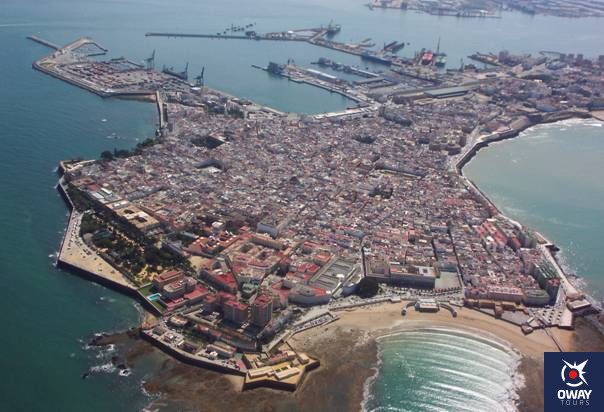 The foundation of Cadiz dates back to 1100 BC is considered the oldest city in the West. This article will show you a summary of our selection of the options we consider must to see.

The cathedral of Santa Cruz is being built in the 16th century over the ancient built by Alfonso X the Wise and that Gothic cathedral underwent reforms after a fire when Cádiz was invaded in 1596 because of it Cristóbal de Rojas and Ginés Martín de Aranda built a mannerist church.

Transfer the contracting house from Seville to Cadiz in 1717 and push the council to build a cathedral at the same level of the other places of the city so this derived in the start of the construction in 1722 according to the project of Vicente Acero until 1838 where it was finished. The cathedral presents difference styles appear in the cathedral like baroque style and neoclassical. 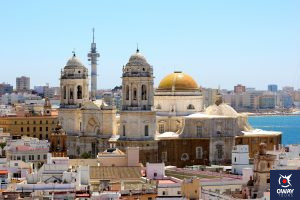 The timetable for visiting is from Monday to Saturday from 10:00 to 16:30  and can be completed with a visit to the clock tower and the cathedral museum. Access to the cathedral has a cost of 6 euros but it has some discount according to the age.

Climb the tower of Tavira

Go to the top of this tower to see the highest views of the center of the city thanks to the 45 meters over the sea it has and It counts with a mechanism known as the “dark room” which proyect a image in a white screen .You can visit the tower to 10:00 from 18:00 hours. The duration of the visit is about 45 minutes and the cost is 7 euros. 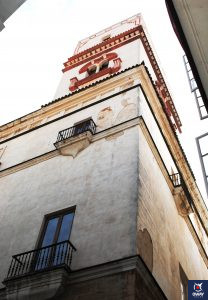 Visit the neighborhood of the Pópulo

Considered one of the oldest neighborhoods in Europe. The walk through its narrow streets will put you immersed in a cultural crossroads. During the twentieth century the Pópulo was considered one of the most degraded neighborhoods of Cadiz but in the mid-90s began to rehabilitate.To change the identity of the neighbor here take place the medieval markets and the Carnival Contest. 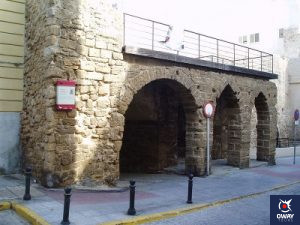 Walking along the seafront

After enjoying a long walk through the center we take a small leap towards the part of the city near the beach which gives you  a wonderful view that gives us memorable landscape because of that good part of the seafront of the Victory’s beach It’s filled with bars that offer different options of gastronomy along the beach that counts with distinctives of quality and sustainability. 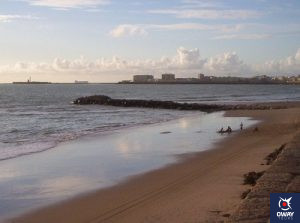 At OwayTours we have the best tours in Cadiz follow the links for more information: