What to see and to do in the village of Belalcázar in Córdoba? 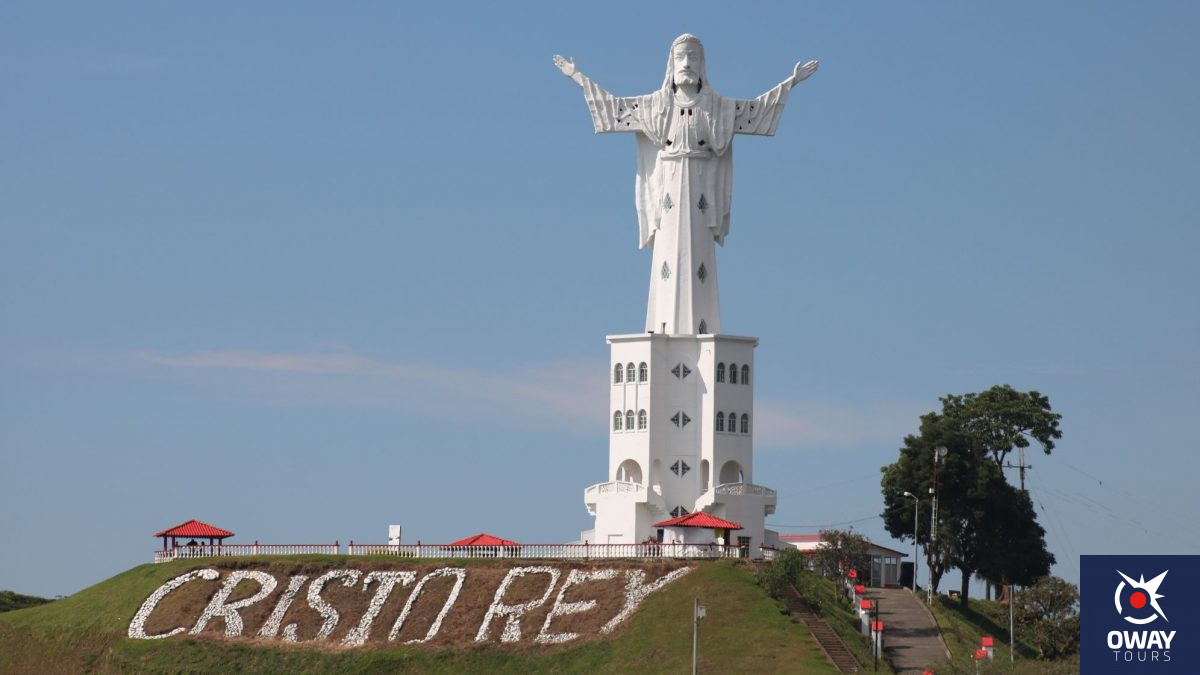 Don’t you know the town of Belalcázar? Then you are missing out on one of the most charming and cultural villages in the province of Cordoba, located just 100 km from the city itself. In this article you will find all the information about what to see and do in Belalcázar. Visit Oway Tours now for more information.

The municipality is located in the region of Los Pedroches in the north of the province, bordering the province of Badajoz. The landscape is made up of cereal crops and holm oak groves. Every year many storks come to breed and spend the winter in the area.

The village spreads out over a flat terrain, with impressive towering castles towering high above it, and from there the very well preserved keep stands out; although its streets and houses are scattered among family vegetable gardens and farmland, it has an old quarter, with irregular structures, narrow and winding streets, and some popular houses, among which is the building known as the Iglesia Mayor de San Diego, where the use of granite is very noticeable. 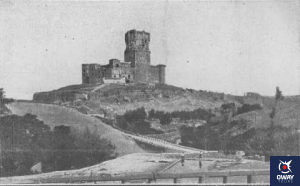 Some of the history found in this place says that there are questions and gaps about its origins.

In any case, the archaeological remains that prove the ancient Roman presence are important. Casas-Deza maintains that at this time it was a “Roman colony or municipality” and was already known to Gaete. In the Muslim period, it was already known to Gafiq. Its location in the Valley of the Acorns (Fahs al-Ballut) was fundamental for the existing communications in the area, hence its importance at the time of the Reconquest. It should be added that there had been other earlier attempts, the final reconquest being achieved by Ferdinand III shortly before that of Córdoba.

It became part of the city itself in 1243, but the Council lost its dominion when in 1445 John II granted it to Don Gutiérrez de Sotomayor, Master of Alcántara. Hinojosa del Duque and Villanueva del Duque remained within its jurisdiction. In 1450, construction began on the town’s castle, which would later give its name to the town.

What can we do and visit in Belalcázar?

The most striking monument is the Castle of the Sotomayor y Zúñiga family, for its great beauty it is even the one that gives its name to the village. At 47 metres high, it is considered to be the tallest in Spain.

Originally a fortification built during the Roman occupation, it was extended during Arab rule and rebuilt by the Christian nobles.

The present castle was built in the 15th century as the residence of the Counts of Belalcázar, and is today one of the most important in the province of Córdoba.

Its exterior is square in plan and late Gothic in style, with extravagant walls surrounded by eight tall towers.

Around the complex, you can still see the remains of the old Moorish wall that was used to defend the castle.

Some ruins belonging to the Renaissance palace that served as the residence of the counts are also preserved, such as the plateresque frames that adorned the windows.

After the War of Independence, its condition deteriorated, as it was used as military barracks. 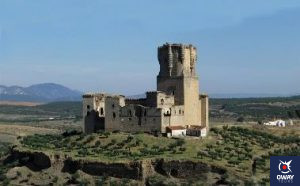 The Convent of Santa Clara de la Columna is considered one of the most important convent complexes in the province of Cordoba.

It is said to have been founded by Doña Elvira de Zúñiga, the first Countess of Belalcázar. It originally served as a home for the Franciscan friars, and a little later it was transformed into a monastery for the Poor Clare Franciscans. The Elizabethan Gothic style of the original construction has been maintained intact. The building is notable for its ribbed vaults and its sculptures in the Hispano-Flemish style.

Today it is still used as a cloistered monastery, although it is possible to visit the interior on guided tours.

There are tours every Sunday at 12 noon, and admission for adults costs €4 and for children €2.

To finish the visit in a sweet way you can try a traditional home-made sweet made by the Poor Clares, with the options of yolks, pastries, truffles, jams and other delicious flavours. 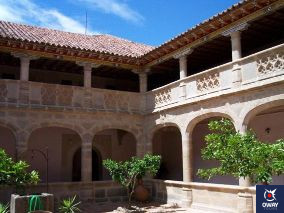 Another of the main attractions of the municipality is the Parish Church of Santiago el Mayor, which is located right in the centre of the town, next to the famous Plaza de la Constitución.

The main construction of the building dates back to the 13th century, but after three centuries it was necessary to carry out a major extension as it was too small.

During the Civil War it was badly damaged and almost destroyed, the building that can be seen today is a reconstruction from the 1960s. Even so, some original elements can still be seen that have been intact, almost all of them on the exterior, including the nave whose side walls are supported by buttresses.

The main façade is flanked by two pairs of Ionic columns, above which is the image of Santiago el Mayor.

The interior has lost much of the marvels it once contained, but some of the original chapel doorways are still preserved.

It is worth mentioning the curious fact that it is the only church in Christendom that has two jubilee days a year, the Assumption of Our Lady and the Dedication of St. Michael. 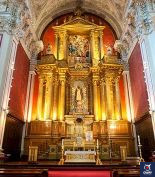 Other popular churches and hermitages in the municipality that you should visit for their magnificent constructions are: Convento de los Cinco Mártires de Marruecos (Currently only the church remains in a ruinous state.), Ermita de San Sebastián (known as the oldest hermitage in the town), Ermita de Nuestra Señora de Gracia de Alcantarilla and Ermita de la Consolación.

But if you are not a fan of visiting churches on your trip, don’t worry, you will also find a list of civil constructions with a lot of history in Belalcázar.

This 19th century building has been completely restored to its former splendour.

It is considered one of the oldest hospitals in the province of Cordoba and is currently home to culture.

The granite façade with semicircular arches can be seen from the original building.

Belongs to the 19th century manor house of the writer Corpus Bargas. Currently in ruins.

It has an octagonal column, a 40-metre long trough and a connected washbasin. Belalcázar Castle can be seen in the background.

Designed to reach the thermal baths of Santa María de la Selva in Rome. Next to it is the Camino de Santiago.

No destination is without festivals and traditions and that is why we are going to recommend when to go to Belalcázar and why.

Another great tradition of the province of Cordoba is Flamenco, if you want to know more about it and have a unique experience do not hesitate to book with us:

Pilgrimage of the virgin of la alcantarilla

Undoubtedly the most important festivity in the village, attended by thousands of tourists every year.

With a history of more than 800 years, it is considered one of the most important pilgrimages in the Pedros Valley.

The whole fiesta begins early on Saturday morning when the pilgrims arrive at the church of La Alcantarilla, where the image of the patron saint of Belalcázar is kept. At 12:00 noon on the same day is the offering of flowers, the procession of faith of the brothers at 5:00 pm and communion at 9:30 pm. When the crowd finishes, a procession of the Virgin Mary takes place under torchlight.

On Sunday, at dawn, the pilgrimage mass is celebrated, when the Patroness is taken to the Parish Church of the Mayor of San Diego, 20 kilometres away.

The best moment to appreciate the route

The best moment to appreciate the route is when the Virgin of Alcantarilla has to cross the river Zújar, the pilgrims carrying their patron saint on their shoulders so that she does not get wet.

After several stops, La Chiquinina makes her triumphal entry at around 22:30 on Sunday under a shower of flower petals and fireworks.

As the month of May unfolds, the Virgen de la Alcantarilla is carried in procession every Sunday through the streets of Belalcázar, to finally return to her hermitage at the beginning of October. 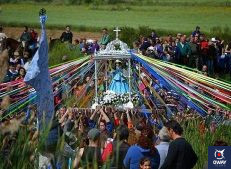 Other festivities of great importance that should be contemplated are:

Carnivals, which end with the popular burial of the sardine.
Fiesta de la Candelaria, when the Belalcazareña night is illuminated by dozens of lights.
Holy Week, with its own processions.
Corpus Christi, with its procession of the Custody.
Festivities in honour of the patron saint of San Roque, held in mid-August, with the procession on the 17th.
Pilgrimage of Nuestra Señora de la Consolación, held on the last Sunday in January.
Pilgrimage of San Antón, which takes place on the last Sunday in January and consists of going round the chapel three times so that the belly does not ache during the year.

The Fiesta de las Cruces, in May the villagers themselves are responsible for making large crosses of flowers that fill the whole municipality with colour.

Its main and traditional dishes that are brought from the homes of its inhabitants to its bars are:

Ajoblanco, a refreshing dish made with melon, ham, bread, grapes and of course garlic, among other ingredients. There is a variant called coscus.

Ajohuevo, a kind of fritter whose main ingredients are ham, egg, bread and garlic.

Gazpacho andaluz, a refreshing recipe. There is a variant called Aguadillo.

Pork feet, the slaughter season is the ideal time to prepare this recipe for fried and breaded feet.

Tortilla guisada, is without doubt one of Belalcázar’s most famous and unique dishes, the traditional Spanish potato omelette in this case is presented integrated in a broth.

And where can you enjoy all these exquisite dishes we have mentioned? No less than at Bar el Pacha, located in the Plaza de la Constitución, with excellent prices and outstanding service. 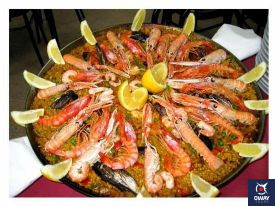