All the information about the Earth's Gate | OWAY Tours

Unfortunately not many cities can boast of keeping parts of their walls accessible. In Cadiz you can not only see it but walk over it and it is not just a wall but the main facade that welcomed those who came to the town. Carved in marble this emblematic monument marks the end of Cadiz Cadiz and everything that was once outside the walls. Nothing remains of its defensive work but it does dazzle with its heritage, history and artistic capacity. 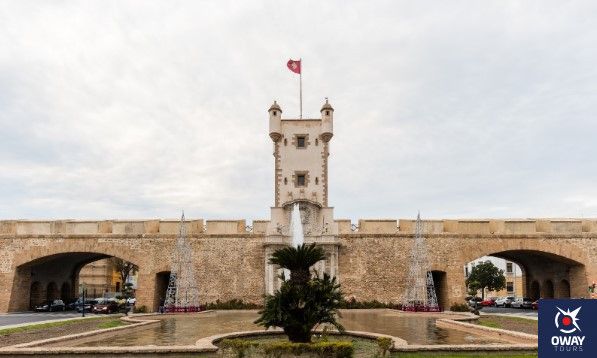 History of the Earth’s Gate

This is one of the last remains of the ancient wall of Cadiz. The beginnings of the construction date back to the 16th century as the old medieval fortification was no longer able to contain the expansion of modern Cadiz. In 1574, two bastions were added to it, constituting the first extension. However, the structure of the Puerta de la Tierra is more in keeping with the reforms carried out in the 18th century. The design is by Torcuato Cayón who posed the works more like a religious altarpiece than a defensive space. Made of marble, the façade reproduces a triumphal arch that functions as an entrance to the city. Above the door are the date of completion of the works, the royal and municipal coat of arms. At either end are the bastions of San Roque and Santa Elena. In the second half of the 19th century, a tower was added to enable communication with the Ministry of the Interior in Madrid. It worked as an optical telegraphy line and was in force until the arrival of the electrical telegraphy station in the city. At that time it was commonly called Tower Mathé after the director of the Telegraph Corps. The arrival of the 20th century brought with it a new demographic increase and the appearance of the car which led to the serious consideration of demolishing the monument which now had no function. Finally, it was decided to open arches for the entrance of vehicles and fill in the pits. As of 2013 it was definitively opened to the public, allowing people to walk along its upper walkway. 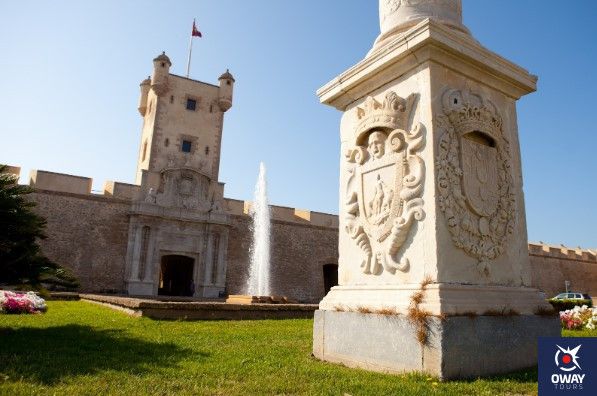 Timetables, prices and location to visit the Earth Gate

As it is logical, the Earth Gate is located in the historical center of the city being in fact one of the monuments that mark its end. Specifically, it is located in Plaza de la Constitución, s/n and is perfectly accessible on foot or by bicycle.

There are two timetables, one for winter and one for summer. The first runs from 1 October to 31 March from Monday to Friday morning from 9.30am to 1.30pm and resumes visits from 4.30pm to 6.30pm. On Saturdays it is only open in the morning from 10.00 am to 1.00 pm and on Sundays it is closed. The summer visits, from April 1st to September 30th, are from Monday to Friday from 09.30 to 13.30h. In the afternoon the hours are extended from 6.15pm to 8.15pm but on Saturdays they are joined by Sundays when the monument is closed. If you plan to go on a holiday it is recommended to ask in advance before going. The entrance is free but it only allows you to walk around the enclosure and not to go up the tower. Besides, if you were planning to bring your pet, it’s better not to because they are not allowed. 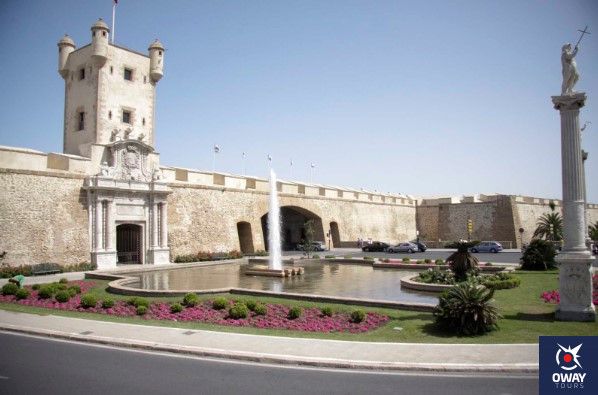 Curiosities about the Earth’s Gate

These remains serve as a boundary between what is popularly known as Cádiz or Cádiz Cádiz, which would correspond to the area defined as the historical centre, and the area outside the walls also called Puerta Tierra. Although the structure of the wall corresponds to the reform of the 18th century, it is still possible to see the primitive door of the 16th century. In addition to the enclosure in its interior it is possible to visit the Lithographic Museum, whose collection deals with the design industry in the nineteenth century Cadiz, and the Puppet Museum, which has puppets from all over the world. In its central esplanade there are also the triumphal arches that gave access to the port. They are known as San Servando and San Germán, because they are dedicated to the patron saints of the city. They are of Genoese manufacture from the end of the Modern Age. To add to the mystery according to popular legends around the Earth’s Gate, a system of underground tunnels was built. This series of galleries was named after Maria Moco, since according to local tales this space served as a home for the poorest people in the city. Therefore Mary would have been born in this place and, to scare the children, it was said that she fed on children. Obviously, this is a fantasy story to prevent the little ones from going into the tunnels which, as archaeological and historical research shows, are real. 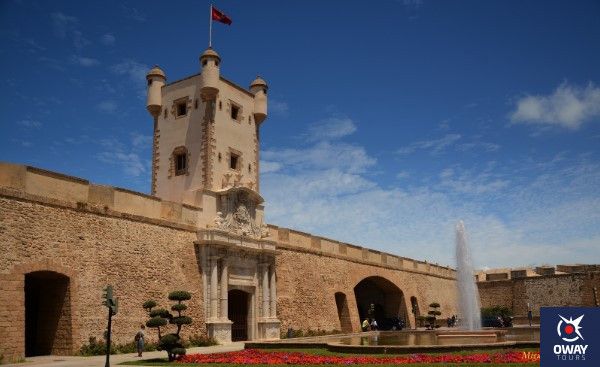