All the Information about Santa Catalina Castle | OWAY Tours

Located in La Caleta, a beach in the historic center of the city of Cadiz that was a natural port in the time of the Phoenicians, Carthaginians and Romans, we find the Castle of Santa Catalina, which goes into the sea thanks to some breakwaters, i.e. blocks of cement or concrete that are thrown to the bottom of the water to form a defence dam against the waves. Today, the fortress has been transformed into a multi-purpose cultural space that has temporary exhibition halls, permanent rooms on local history, educational workshops for schoolchildren, a shop, artistic and craft workshops, concerts and other activities and, of course, is open to the public and can be visited. In addition, concerts and summer activities are held in the castle’s parade ground. 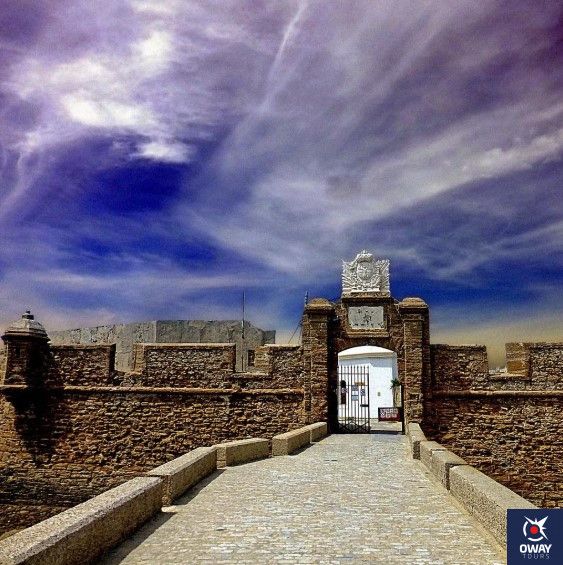 In 1597 Felipe II ordered the construction of a defensive fortress to the military engineer and architect Cristóbal de Rojas, since there had been an Anglo-Dutch assault in 1596, during the Anglo-Spanish war and the war of Flanders, for which the city of Cadiz was attacked by the English fleet under the command of Charles Howard, admiral, and the troops of Robert Devereux II, Earl of Essex, thanks to the support of the United Provinces of the Netherlands.

However, the architect died before seeing his project completed, so the final work ended up being much less ambitious than the original. It has a pentagonal floor plan, and on the part facing the sea it has a three-pointed star, while on the land side the wall houses, in the centre, a gate flanked by two semi-bastions, as well as a moat and a drawbridge.

During the reign of Carlos II, the fortification was extended by building the chapel and the sacristy, with a single nave and a barrel vault cover and a high choir at the foot, in the year 1963. The chapel was dedicated to St. Catalina of Alexandria and the Immaculate Conception. At the entrance, of great sobriety, there is a wing that rests on pilasters and a belfry. Inside it is decorated by a single altar with a baroque altarpiece that does not retain its original gilding, and which is dedicated to the veneration of images of St. Catalina, St. José, St. Agustín and St. Francisco among others.

Inside, there are pavilions, barracks and cisterns that were originally made of gunpowder, as their functionality changed over time. In 1769, Carlos III turned it into a military prison for certain prominent personalities, housing American liberals and independence fighters, and even, at the end of the 20th century, some involved in the 23rd February 1981 coup d’état. Finally, the Ministry of Defence stopped using the fortification and castle in 1991. At present it is immersed in different restoration processes, as some of the previous restorations were quite unwise, blinding the gunboats and using cement on the walls. 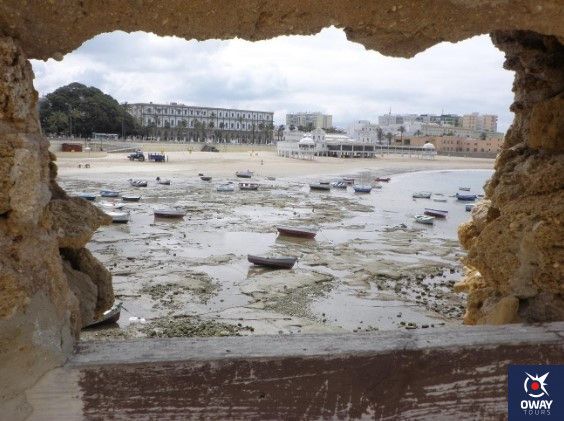 The entrance to the castle is always free, with the exception of various acts and events that are previously announced on the tourism website of Cadiz City Council. In addition, in case we need more information, there is a telephone available to make all the consultations that we need: 956 226 333 or, in case we prefer it, we can use the web messenger service of tourism in Cadiz. 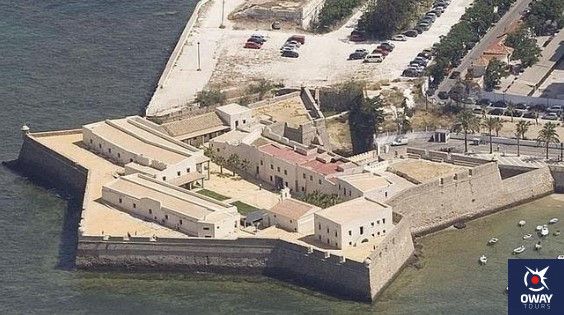 How to get to Santa Catalina Castle

The Castle of Santa Catalina is in Cadiz, specifically in the Paseo Antonio Burgos s/n, in the beach of La Caleta, 11002. To arrive we can use the public transport, the lines of bus that arrive until this place are 2 and 7, leaving both from Santa Maria Harbour and from Rota, whereas in train we can take lines C1 and MD. 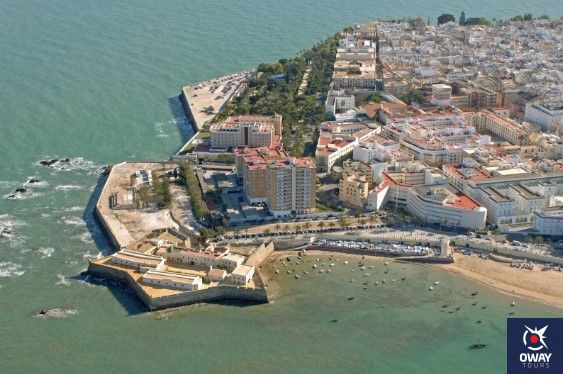 This place is closely related to Mariano Abasolo, one of the insurgent generals during the Mexican War of Independence. It was in Santa Catalina Castle that he was exiled from New Spain and imprisoned. After his capture and due to his wife’s close relationship with the vice regal government, his death sentence was replaced by ten years in prison. He finally died of pulmonary tuberculosis here after serving five years in prison at the age of 32, in 1816. In Mexico he is remembered as a hero of the country who, despite having denounced other caudillos and betrayed the independence cause to save his own life, contributed greatly to the struggle.

This model of fortification was very much used in Latin America, specifically the fortification that rises in Havana, Cuba, is based on this one that we expose today. Besides, it is a sample of great importance for the military architecture of the Modern Age.