What to See and Do in the beautiful city of Tangier? | OWAY Tours

In the north of Morocco, the city of Tangier is a city that invites you to visit. On its shores, where the waters of the Mediterranean and the Atlantic converge, you will discover an authentic city influenced by all the cultures that have trodden its soil.

A city that is bigger than it seems, with almost a million inhabitants. Located on the Strait of Gibraltar, it is one of the largest cities in Morocco and has the largest port in the country.

Due to its connections with Europe, mainly through Spain, it is a very cosmopolitan city, where you can find plans and people for all tastes. Although it can be a bit more expensive than other parts of Morocco, due to the exchange rate it is a very economical destination.

We bring you all the information you need to know and plan your visit to the city. So you will enjoy it even more.

Numerous cultures have passed through Tangier, the first ones were the Phoenicians. They called it Tingis, after the goddess who, according to legend, separated Africa and Europe, creating the strait. In addition to the Phoenicians, other cultures such as the Romans or the Vandals, of which there are still archaeological remains. After these three cultures, around 705 AD, the Arabs arrived. C. the Arabs arrived, the same ones that a few years later arrived in Spain.

Many years later, after passing through the hands of the Portuguese and British, a Moroccan sultan took control of the city. This was Tangier’s great era, with the arrival of a great variety of western visitors, exiles, artists and all kinds of people, which gave this city a unique character, which still endures today.

After some years of decline, with the independence of Morocco, in which it became a city not much desired by tourism, Tangier is now one of the most beautiful and different cities in this area. You will not be disappointed. 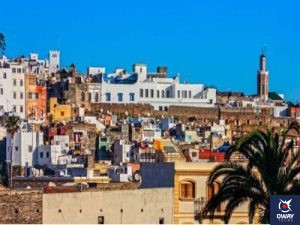 What to see in Tangier

The Kasbah of Tangier

One of the oldest places in the city. It is an ancient walled city, full of narrow alleys, each one more charming. Enjoy the pleasure of getting lost in these streets and wander through this area without knowing where you are going to appear. This is part of the fun of this city and you will discover some of the most beautiful corners.

In addition, you can try many of the typical dishes of this city in some of the restaurants and locals that you will find hidden in its streets. You can also find hidden squares, typical handicraft stores and almost anything you would not expect.

As if all this were not already incredible, in addition, the views of the rest of the city from some points of the Kasbah are, to say the least, spectacular. Get lost in this part of Tangier and enjoy a magical city that has so much to offer. 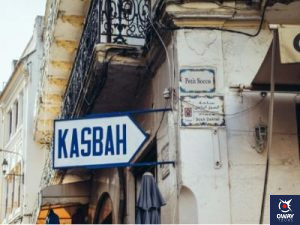 Like the city, the mosque has a unique history. So many cultures, histories and people have passed through this place that it is difficult to keep track.

What was first a Roman temple became a mosque with the arrival of the Arabs. Then, with the Portuguese and the British, it became a cathedral. It became a mosque again and also a church later, until now, it has again become a mosque, the main mosque of Tangier.

As you can see, the history of this building is as long and varied as that of the city itself. This makes this mosque an impressive place of incredible architectural value. 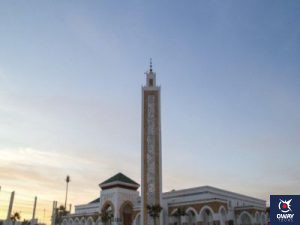 The Caves of Hercules

These caves, located on the outskirts of the city, are one of the secrets of this area. Before going down to the caves, enjoy the views of the strait, which can be seen from the cape, the beautiful Cap Spartel.

After strolling around this cape, enjoying the lighthouse and the views of the strait, you can go down to the caves. These caves hide many secrets, more than you would expect. They were inhabited in prehistoric times and have some geological creations that will leave you open-mouthed. 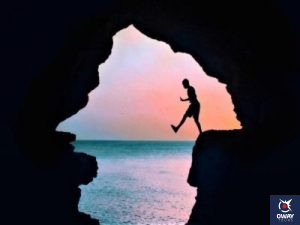 This place is for art aficionados, although those who don’t know as much are sure to enjoy it as well. These contemporary art galleries, which opened their doors in 1999, exhibit works by well-known and lesser-known artists.

Undoubtedly, a not so typical visit that is worthwhile. It will surprise you more than you think and will show you a different, more contemporary point of view of this city where art comes out of every corner.

This luxurious neighborhood still maintains a close relationship with our country, since here you can find some Spanish teaching centers, such as the Cervantes Institute, and also the Spanish Consulate.

If you start your walk through this part of the city, you can reach the American and British quarters, where you will see numerous villas. Also, if you continue, you will find a very different part of the city. A much more open area, with large mansions, is what you will see here.

Marvel at the luxury of this area and, again, discover another side of the city of Tangier, a must to know this city. 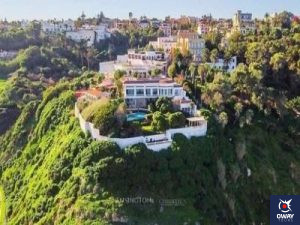 What to do in Tangier

Having a drink at the Hafa Café

While strolling through the Kasbah, you may feel like having a drink. As we have already said, you can find many hidden places to try local food and drinks, but without a doubt, this cafe is one of the best.

Far from what it may seem from the outside, which doesn’t look like much, its terraces and sea views will not leave you indifferent. Located in one of the highest parts of the Kasbah, it is a unique place to enjoy some drinks and local food.

Moreover, this cafe is not only famous for this. This cafe is well known because some artists like the Beatles or the Rolling Stones have passed through here. Enjoy the view and have a drink in one of the most emblematic places in Tangier. 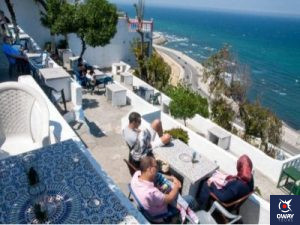 Go to the beach

We have repeated in this post many times that the views of the sea and strait are breathtaking in some parts of the city. Where there is sea there is beach and if there is beach you can always enjoy a relaxing day under the sun.

Enjoy the sea, the sand and the sun or stroll along the sound of the waves during the winter. A relaxing day by the sea is always a good option to disconnect and rest.

Strolling through the Medina

Enjoy and stop in all the artisan stores and experience how the people of Tangier live and work. This place of winding streets in the Kasbah, is the perfect place to lose track of time, learn about Moroccan culture and buy some souvenirs of your visit in one of the local craft stores.

This walk that starts and ends at the mosque will show you some of the most hidden details of the city, which are reserved only for those willing to look.

Strolling along the port and the seafront promenade

The port of Tangier is one of the busiest and best known in the area. This point is vital for communication with Europe. It is always amazing to see the ships arriving and departing and to admire the views of the strait and the beach. To complete your visit in Tangier, we have guided tours of the Cathedral of Cadiz, taking advantage of the fact that you have to take the ferry to go to this beautiful city.

You can get to the port walking along the promenade, a walk that is worth doing with the sunset, because the light is amazing and will make your visit even more impressive. 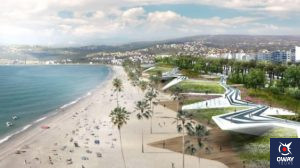 How to get to Tangier

Tangier is very easy to reach, especially from Spain. First of all, you can go by plane. Tangier airport is one of the largest and best known airports in North Africa. Flights arrive there from many places, including from almost all the important points of Spain.

On the other hand, you can go by ferry. From the port of Tarifa depart numerous boats to the city of Tangier. These are usually inexpensive and the trip does not usually take more than an hour. Undoubtedly the best option if you can get to Tarifa easily and quickly.