All the information about the Julio Romero Museum | OWAY Tours

The Julio Romero de Torres Museum is located in the same building as the Bellas Artes de Córdoba. This institution is dedicated to preserve and spread the work of this Cordovan painter. Through his art it is much easier to understand the folklore and tradition of this land that is strongly rooted in his work.

History of the Museum

Before talking about the building, it is important to understand the character who is being honored with his name. Julio Romero had contact with the world of art since he was a child, since his father, Rafael Romero Barro, was also a painter.He made an effort to ensure that the boy had some artistic knowledge. Being the director of the Provincial School of Fine Arts, he decided to enroll his son in the institution.  The fact that he received artistic training from such a young age enabled him to quickly develop painting skills. Throughout his painting career, one can observe a great technical ability in drawing and composition, very balanced both in proportions and in chromatic range. His work will always revolve around his native Cordoba and his recurrent themes are singing, flamenco and the world of bullfighting. If there is something that characterizes his paintings it is the compositional centrality marked by women with a dark skin. The eroticism that impregnates these paintings, and others, made the critics consider him a controversial and provocative artist. 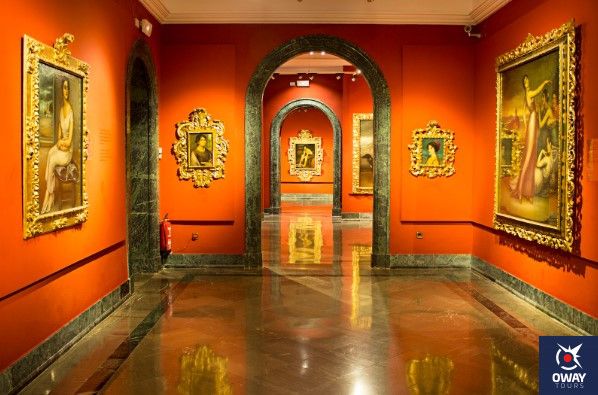 As a modernist painter and a member of the Generation of ’98, he was associated with great intellectuals of his time such as Valle-Inclán and Antonio Machado. He finally died in 1930 in the family home not before finishing La chiquita piconera, one of his most famous paintings. One year after his death the Julio Romero de Torres Municipal Museum was created. This took place thanks to the intervention of his widow and children who, instead of selling the paintings they kept, donated them to the city. Curiously, Julio Romero was born in the same place where we can see his work today. This building, even without a collection, is unique because it was built as the Hospital de la Caridad by the now distant Catholic Kings whose mission was to care for the sick and disadvantaged. It continued to fulfil this function until 1837. From then on, it will be the headquarters of different institutions, among which its ownership as the Provincial Museum of Fine Arts stands out. The curator and director of this museum, Rafael Romero Barros, will have a house in the building for him and his family. Thus Romero Torres will be born and die surrounded by culture. 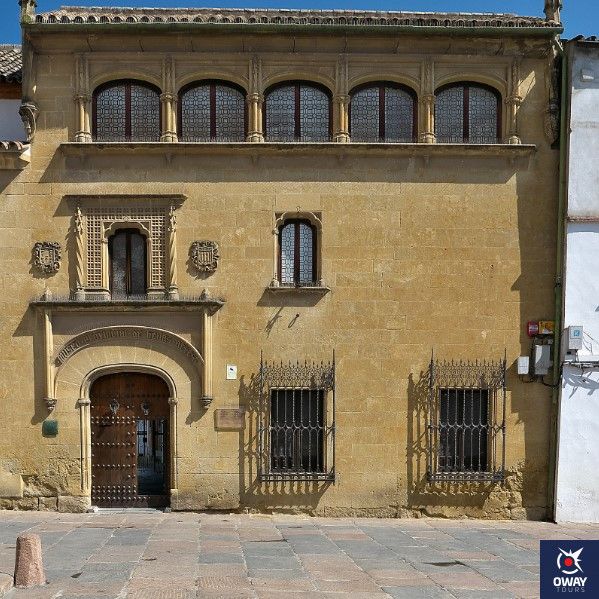 Rooms and organization of the museum

The museological discourse allows a tour through the life and work of the painter through six rooms. On the first floor we find paintings that correspond to the author’s youth and his family environment. On the second floor are distributed the paintings related to his stage of maturity for which the works of religious, Flemish and Cordovan themes stand out. In addition, over time the museum has acquired more works than those donated but also objects and documentation related to the artist. In general the collection stands out for its cold colours, the shadows pronounced in a very intimate style of costumbrist and folkloric character. 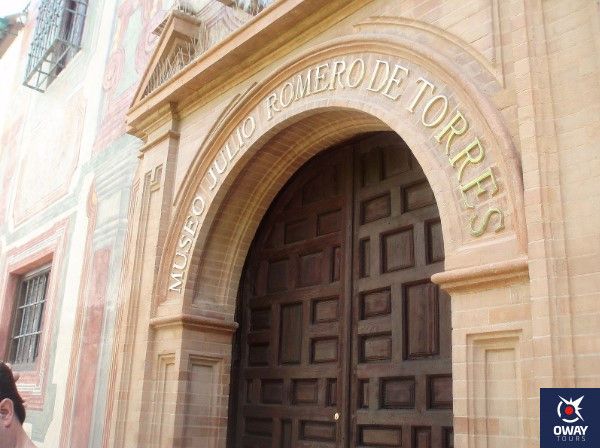 The first room is designed to understand the painter in a closer way. To this end, work by his father, caricatures and portraits of Julio Romero himself are exhibited. In addition, a part of the collection is dedicated to his activity as a poster illustrator. These were the first works of the author and those that allowed him to consecrate himself and make himself known. Among these posters we can find designs for advertising campaigns for companies such as Bodegas Cruz Conde, with its famous La Cordobesa aniseed labels, or the Unión de Explosivos Ríotinto, with the calendars of 1924, 1925, 1929 and 1931. He also participated as a designer of the posters for several Cordovan fairs and for the 1921 patriotic bullfight in benefit of the victims of the Annual disaster. This room also displays publications, books and tickets dedicated to Julio Romero. 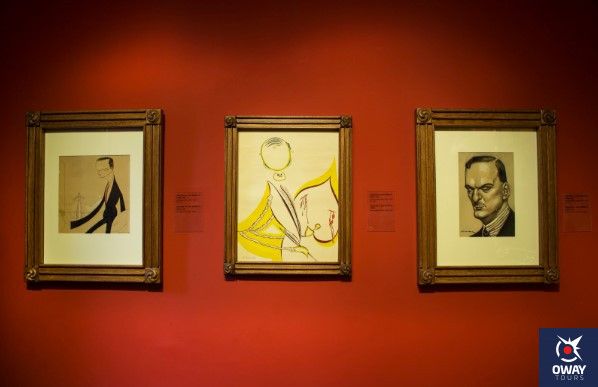 The beginnings of the artist are marked by the influence of his father’s work as well as the authors Solana, Arteta or Ricardo Baroja. Therefore, these are realistic style canvases that reflect the life of rural Andalusia through its landscapes. These are works with a social component very much in line with the Generation of ’98. That is to say strongly concerned with the moral, political and social crisis that the failed Spanish-American war had left in Spain. Highlights include the paintings ¡Mira qué bonita era! (Look how beautiful it was!), which depicts a desolate family facing the death of a teenage girl, and Horas de Angustia (Hours of Anguish), again a scene of mourning this time between a mother and her sick son. Through the oil painting Romero de Torres denounces the hard situations of social abandonment of the population through a luminist style. In other words, typical of the end of impressionism, of the end of the 19th or beginning of the 20th century, where attention is paid to the light that creates serious contrasts. In addition, the room creates a family atmosphere through photographs of people and places in the painter’s life, such as his studio in Madrid. Also furniture and other belongings that accompanied him in long stages of his life such as his guitar, cape and hat. 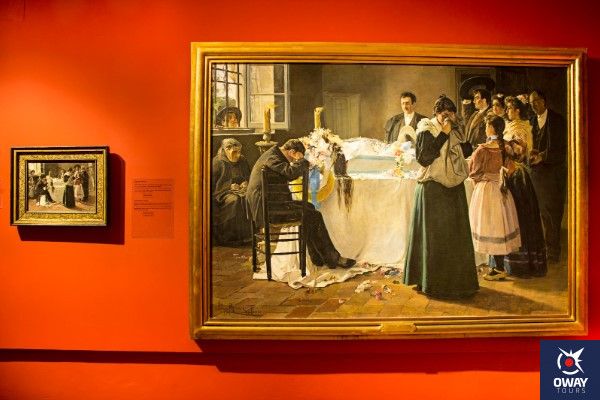 As its name indicates, the mystical world of the author is developed in this room. However, it must be taken into account that the works with religious themes by Romero de Torres differ from others that can be found in this same category. This is due to the fact that the Cordovan painter, even when dealing with biblical themes, does not cease to centre his work around the female figure which is also portrayed in a sensual way. This can be seen through Samaritana (Samaritan woman), who deals with the encounter of Jesus Christ with the Samaritan woman, although the central figure is her in front of a Jesus who appears in the background and obscured. This particular way of exposing her mysticism is what explains why in this room we find paintings such as Contrariedad (Contrariety), which even though they have a moral theme, they lack a religious motive. Together with these we can see Cabeza de Santa Ana (Santa Ana’s Head), very influenced by the work of Juan Valdés and the Baroque of Cordoba. This represents the mixture typical of the work of Romero de Torres that includes symbols of religiosity and paganism. 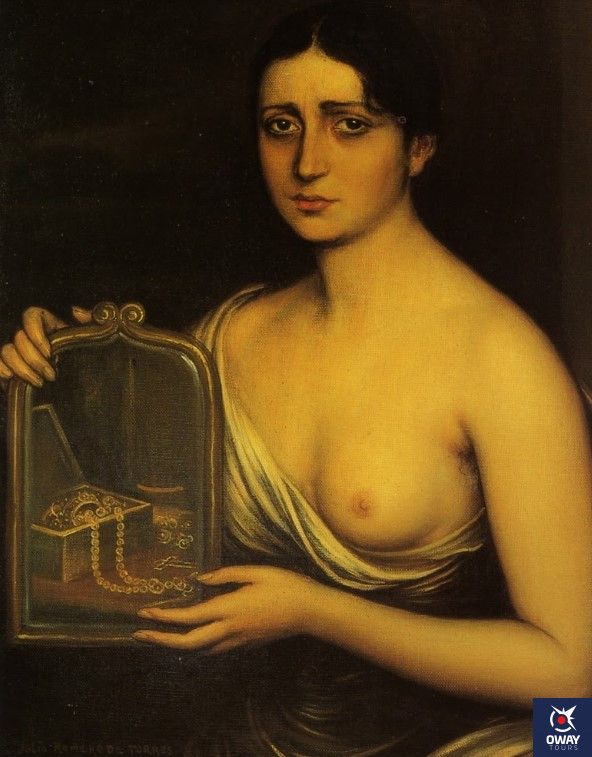 Room 4. The origin of the deep

The fourth space of the museum is devoted to singing and flamenco, two of the painter’s great hobbies to which he alludes in his work, either symbolically or with portraits of great artists of his time. As already mentioned Julio Romero had a guitar and some musical knowledge. In fact, at the age of 20 he participated in a contest of singing of the mines in the Union of Murcia, although he did not win any prize. Through his canvases Romero de Torres tries to keep a tribute to one of the most characteristic features of the Andalusian land and that marked the life of the artist. One of the most recognized paintings in this room is Cante hondo, from his last artistic period. It is a composition where everything revolves around flamenco and the life of the author. In a state of advanced illness these final works are characterized by a horror vacui that stands out for the perfectionism of the drawing and the superposition of elements many of them already recurrent in his previous paintings. 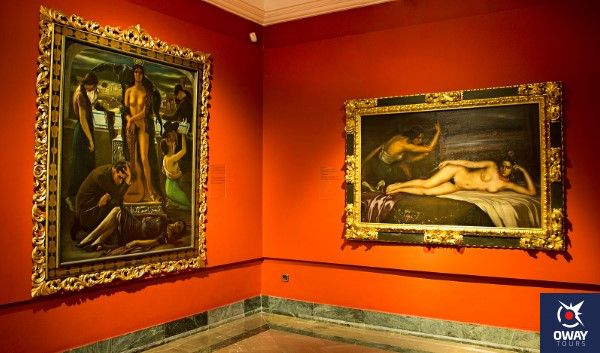 One of the essential facets of Romero de Torres’ work is that of a portrait painter. Of his more than one thousand paintings, more than half belong to this genre. Many of them are actually studies of faces or even small format sketches to be later passed to a larger canvas and with other motifs. He portrayed all social statuses from the popular classes to important figures of his time as artists and politicians. Although the truth is that most of the commissions corresponded to the bourgeoisie, specifically high society ladies. Nevertheless, he was able to demonstrate his pictorial ability in those paintings where he did not have to make an effort to maintain the physical features of the person and could leave free rein to his imagination. These portraits make up the Semblanzas room. This word, which according to the royal academy of the spanish language defines the physical or moral description of a person, is an excellent definition of the work of Julio Romero. 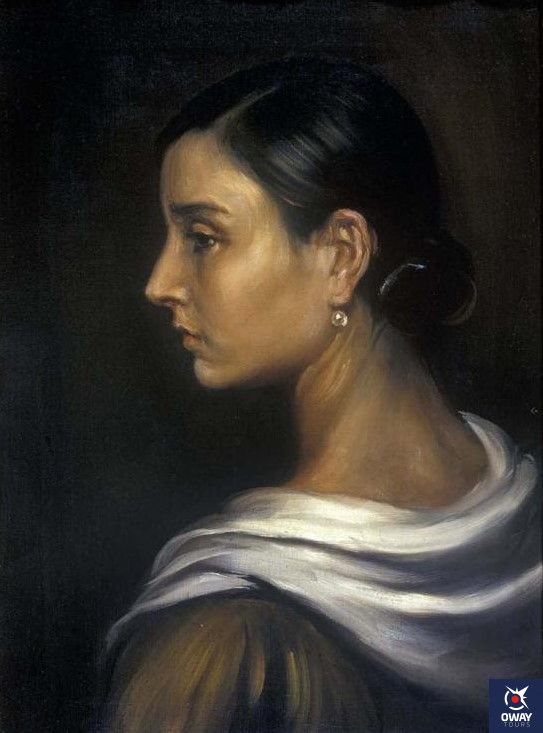 Room 6. The essence of Cordoba

Finally, the final space explores the intimate connection between Julio Romero and his hometown. In this way we find paintings that portray local spaces such as squares, monuments and streets, but also much more symbolic scenes such as the sound of water or local customs. In fact, in none of the works is Cordoba the protagonist, but the setting that gives the paintings a nostalgic tone. The colour palette of these compositions is the darkest of all his artistic life. This tenebrist style is mixed with a strong influence from the literature of Valle-Inclán, who was a friend of his. For example, in the Virgen de los faroles appears the shadow of Valle-Inclán, in the figure of the nun. Still lifes are characteristic of this period because in contrast to the normal representation of this genre here still life is mixed with anthropomorphic figures. 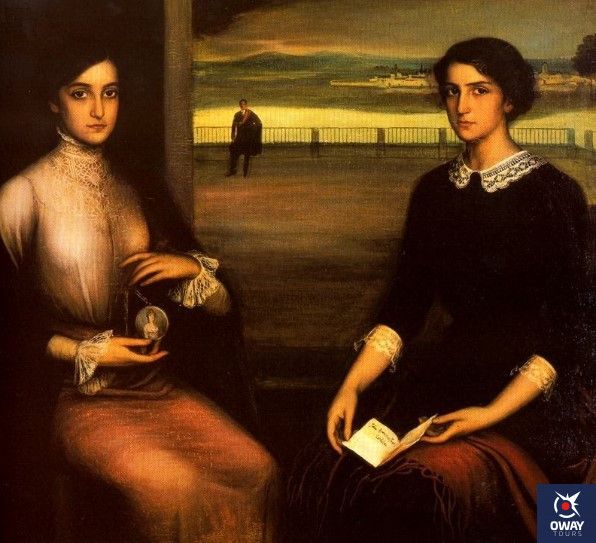 It was probably striking to someone that the first room mentioned the exhibition of banknote related to Julio Romero. This is because in 1953 a 100-peseta bill was issued dedicated to his figure. This money was in circulation until 1978 and many copies were made of the design. On the obverse side there was a portrait of the painter and on the opposite side there was the painting of La Fuensanta. Even the watermark was linked to the artist as it was the head of one of his models. By the way, of all Julio Romero’s work, the painting that was reproduced in the wallets of so many people will be the one that reached the highest price at auction, reaching 1.17 million euros. To add more surprises to the story in 2017 the canvas returned to fame when it was found in the register of a villa in Marbella whose owner was under investigation for corruption. 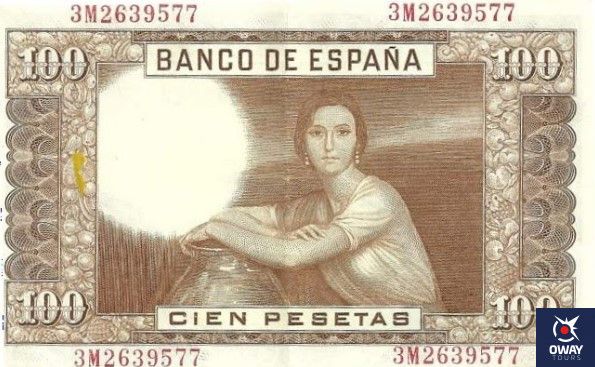 The museum is located in the Plaza del Potro. This is not a difficult place to access as it is right next to the Riverbank Promenade, which is the road parallel to the Guadalquivir River in Cordoba. By bus you can reach it by taking lines 3, 4, 7 and 16 (for more information see here). The entrance fee is 4.50 euros for adults,  2.5 euros for accredited students under 25 and free for minors, over 65s, retired people, teachers and people with disabilities. There are two opening hours, a general one from 16 September to 15 June and a summer one from 16 June to 15 September. The first is open from Tuesday to Friday from 8:30 am to 7:30 pm, Saturdays from 9:30 am to 4:30 pm and Sundays/holidays from 9:30 am to 2:30 pm. For the summer season the number of visiting hours is reduced and is from Tuesday to Saturday from 8:30h to 14:30h and Sundays/holidays from 9:30h to 14:30h. Mondays are closed. 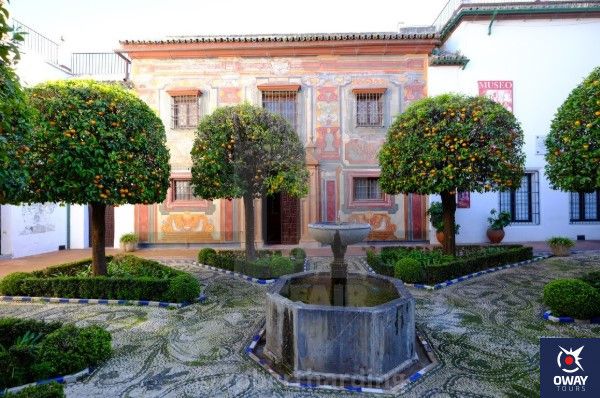