All the information about the Alcazaba of the Alhambra | OWAY Tours

The landscape of the Alhambra redirects us to the Alcazaba, a natural reality culturally interpreted by man. It is the conscious mark left by man on the territory of a hill that is known as the Red Hill. The Alcazaba is nothing more than a castle or fortress used as a means of protection or refuge for an authority.

The Alcazaba is characterised by the fact that it has a small medina or city inside it, unlike the castles. Nasrid authorities, installed in this strategic area of the city. Were accustomed to being separated from society, a reality that occurred with some frequency in the Islamic world. This has been linked to the fact that political authority is not exercised by meddling in the problems of the citizens, but by limiting itself to maintaining the balance between the different groups.

The Alcazaba is the most outstanding part of the complex when seen from any of the city’s viewpoints, including the Mirador de San Nicolás. It comprises the western end of the monumental enclosure and hides the great wealth of the Nasrid Palaces. It was the area dedicated to the surveillance and control of the city. Which is why the residence of the elite army was established in this part. It is a large defensive wall with towers, such as the Quebrada, the Homenaje and the Vela towers on the far right. An additional tower, the Gunpowder Tower, was added later. 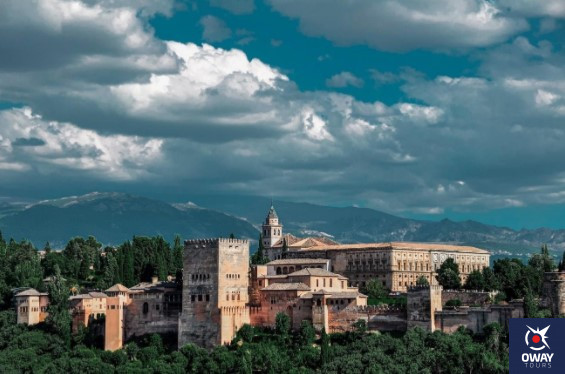 History of the Alcazaba

The Alhambra is a complex settlement, made up of several parts, which was essentially built by the Nasrid dynasty, although it has Islamic and later Christian precedents.

In different Arabic sources we find the different clashes between Arabs and Muladis in the region of Granada, which is why the former took refuge in the fortress of the Alhambra. In the references found in the Memoirs of King ‘Abd Allah, the last dethroned Ziri, he mentions the Red Hill on two occasions, one when talking about the project for the construction of the palace and the other to build the “wall adjoining the Alhambra”, which is the one that links the Alhambra with the Alcazaba. As we can see, fortification and coracha structures already existed before the Nasrid period, but the palaces of the palatine city are the result of a later work.

When Muhammad I arrived in Granada in 1238, his government was installed in the seat of local power in Granada, the Palace of Badis b. Habus (later to become Dar al-Horra). This building, founded in the 11th century by the Ziri dynasty, was in the Albaicín quarter, in the so-called ‘alcazaba’.

However, the first emir soon sought a more favourable location, going to the Sabika hill, where he laid the foundations of the castle and brought water to the hill from a weir and an irrigation channel over some precarious defensive constructions, which had existed since the 9th century and were known as “the Alhambra”.

The choice of this site cannot be understood without considering Muhammad I’s previous visit to Jaén, since in Granada he sought a location similar to that of the citadel in Jaén. His intention was to create a stable settlement. Which he built important defences in the Alcazaba and provided the complex with water from the River Darro. Muhammad II completed the Alcazaba, and Muhammad III (1302-1309), configuring the palatine city, erected gates that separated the Alcazaba area from the residential area. The palaces were built later, which is why the Sultan lived in this area until the work was completed.

The Alcazaba underwent transformations from the moment it passed into the hands of the Catholic Monarchs, and it was subjected to the reinforcement of its defences to adapt them to the use of artillery. But they were also responsible for building, restoring, and maintaining what has come down to us, and they found in the Alhambra the perfect war trophy that contributed to the survival of Nasrid craftsmanship.

After the expulsion of the Moors, the semi-circular Cube Tower was built at the base of the keep reinforcing it. His successors took care of it and enlarged its traces. Until Napoleon’s arrival, when it was adapted to the French militia and its withdrawal led to its destruction, which was never to be carried out in its entirety.

Thus, practically abandoned and broken up from a territorial point of view. The Romantic travellers recounted and represented testimonies and graphs that served for its international diffusion. It was also these travellers who emphasised the need to preserve the Andalusian legacy. 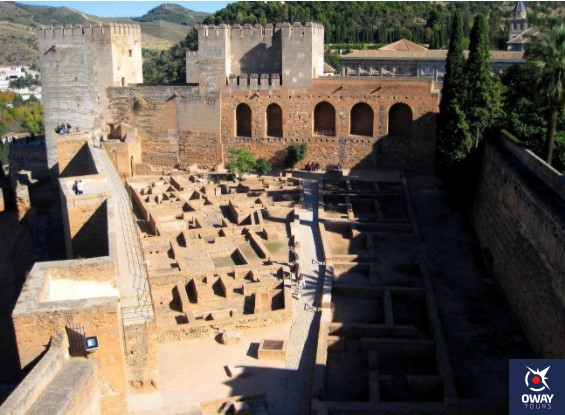 Curiosities about the Alcazaba of the Alhambra

The soldiers responsible for the defence of the sultan, who lived in the Alcazaba, had two types of housing. If you were lucky, if you had a family you could live in larger houses located on the right. But if you were a single soldier, the houses were located on the left with much smaller dimensions than the previous ones.

These houses were around a courtyard that differentiated the upper floor of the rooms from the lower floor. Which was dedicated to the living area, pantry and latrine, the characteristic upper-class Hispanic-Muslim dwelling.

Under the citadel were the dungeons, the prison for all those enemies who besieged the palace and the rebels who lived inside the fortress. These dungeons are currently closed to the public, but we can get an idea of what it would be like to live in the darkness of a prison.

The baths were also located in the semi-darkness, in this case under the Torre de la Vela. They were small spaces with simple structures, built in 1240, the oldest of the monumental complex. Their roofs have now disappeared, as has part of the flooring and decoration. Although the floor plan and the various rooms can still be glimpsed. 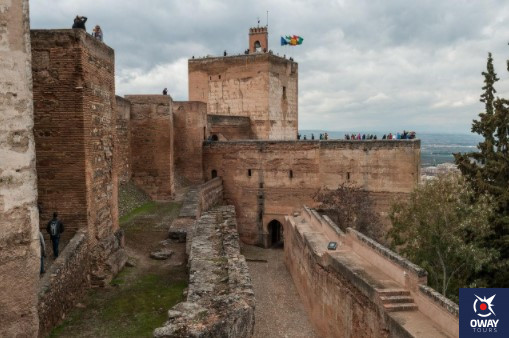 Timetable to visit the Alcazaba

The Alhambra is one of the places you have to visit at least once in your life, but the truth is that its extensive perimeter and its indefinable beauty will make you want to repeat your visit. The Alcazaba is located within the perimeter of the Alhambra. Which is why its opening hours are the same as those of the palaces, gardens and Generalife. 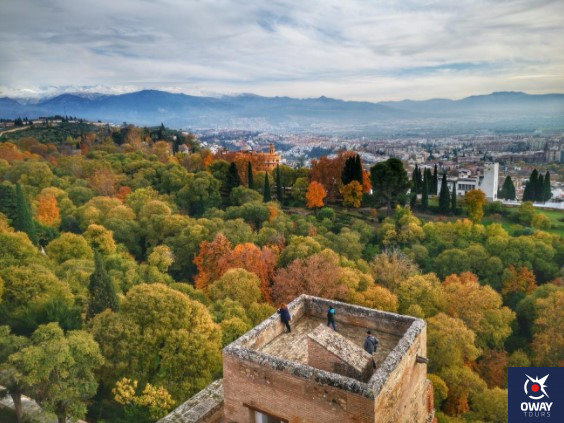 Prices to visit the Alcazaba

In the Alhambra there are 6 types of entrance tickets, but we will focus on the one that covers the subject we are dealing with. The Alcazaba and the visit to the Generalife have a price of 7,42 €. This includes access to the Alcazaba, the Partal and its Palace and the gardens of the Generalife, but does not include access to the Nasrid Palaces, which require a separate ticket. Children under 12 years of age have free admission, although their ticket must be purchased to access the visit. And there is a reduced price (€6.36) for EU citizens with a valid youth card.

As it is one of the most visited Spanish monuments, the purchase of tickets can cause us more than one headache. So, if our trip is planned and we do not want to miss the recommended visit, we should get the tickets as far in advance as possible. Although the maximum advance ticket purchase is 3 months. The visit to the Alcazaba and the Generalife is one of the easiest to purchase. Although we recommend that you buy your tickets in advance at the ticket office from 08.00 hours and with a maximum of 12 tickets per person, or online. 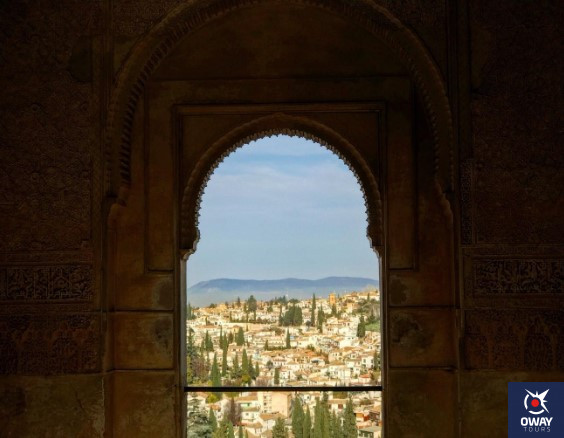