All the information about the Granada Science Park

The Science Park shows the versatility of the city and the scientific spirit of Andalusia. Granada is known for the Alhambra, Lorca and the Andalusian accent. However, it also has a brilliant side related to medicine, astrology, technology, etc.

If you are in Andalusia for a few days and want to get into the world of science, you should visit the park!

History of the Science Park

The Science Park of Granada is the first interactive science museum in Andalusia. It was inaugurated in May 1995 and occupies some 70,000 square meters. Its director is Ernesto Páramo Sureda, in charge since its opening and the author of the project for the creation of the park and its subsequent extensions. It is currently one of the most visited places in the city of Granada, in fact, more than 7 million people have visited it since its creation.

It is worth mentioning that the park is now part of the network of European scientific museums, which has meant a great international projection. The park collaborates with several prestigious museums such as the Museum of Natural History in New York and has links that allow it to co-produce exhibitions.

The 2005 crisis was a blow to the population and a drop in visitors was expected. However, out of an expected 100,000, more than 600,000 people visited. This demonstration of interest in science is what has kept the park excited about investing and creating new spaces and activities over the years. 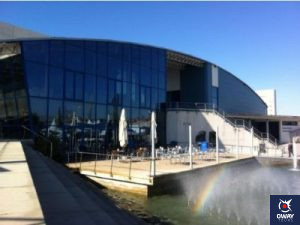 Planetarium opening hours: ask at the ticket office. Normally one session is shown every hour. 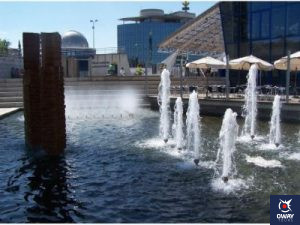 If, on the other hand, you would like a joint ticket to the museum and BioDomo, the price will be 11.00€ for general admission, 9.00€ for reduced admission and 9.00€ for school admission (the latter includes a guide).

General admission to the Planetarium costs €2.50 and school and reduced admission costs €2.00. 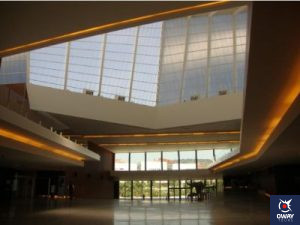 How to get to the Science Park

The address of the park is Avenida de la Ciencia and can be reached by bus or car. Taking the most of your visit to the Parque de las Ciencias, you can enjoy our guided visits to the Cathedral and the Chapel of Granada.

If you decide to take the bus, the line to the park is number 5. Get off at the stop ‘Parque de las Ciencias‘. If you have any doubts, check the Granada city buses.

If you prefer to go by car, there are two car parks in the Science Park, one at each entrance. We recommend you to park in the one on Avenida de la Ciencia because it is larger and underground. Curiosities about the Granada Science Park

The first thing to bear in mind is that the rooms and exhibitions available to us will test our scientific knowledge and make us question what we think we know. If you have any doubts about the why of the world around us, this is the perfect place to resolve them.

A curious part of the park is its Butterfly Farm. In fact, it is one of the public’s favourite places. The contrast we find in the park is impressive, as we can go from being surrounded by butterflies on a sunny day to entering the Planetarium and entering the night and the stars. The best thing: it is suitable for all ages. Also, if you want to make the most of your visit, we have a Free Tour in Granada, as well as guided visits to the Albaycín and Sacromonte of the city.

Another eye-catching space is the Journey to the Human Body exhibition. The interactive screens, games and models that reproduce the organism show us a fictitious reality but give us the sensation that we are inside ourselves.

Finally, it is worth remembering that the museum extends outside, so don’t miss it! Outside is the Astronomy Garden with solar calendars, a giant chessboard and a labyrinth. 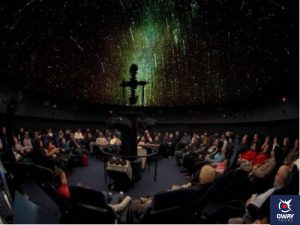