▷All the Information about the Monastery of San Jerónimo in Granada

The Monastery of San Jerónimo is a Renaissance jewel in the city of Granada. It is located just 250 metres from the Basilica San Juan de Dios and 800 metres from the Cathedral of Granada, so if you are walking through the city centre you can’t miss it. This monument will undoubtedly leave you amazed with its history and the numerous curiosities that it offers, which is why it is considered an Asset of Cultural Interest.

History of the San Jerónimo Monastery

The Monastery of San Jerónimo is built on the site of a former 14th-century mosque and became the first Christian monastery in the city of Granada. It was ordered to be built in 1504 in the Gothic style of the period, as a tribute to the military and heroic greatness of the Great Captain, Gonzalo Fernández de Córdoba. Sixteen years later, in 1520, there was a turning point when Doña María de Manrique (the wife of the Great Captain) took over the sponsorship of the construction, imposing the change of the Main Chapel for a burial place for both her husband (who died in 1515) and herself.  Although still under construction, the monks moved in in 1521. The new architects in 1526 (Jacobo Florentino and Diego de Siloé) decided to replace Gothic architecture with a new Renaissance aesthetic.

Diego de Siloé is the architect of the Cathedral of Granada. We invite you to enjoy our magnificent tour of one of the most famous monuments of the city.

For more than three centuries this monastery was considered one of the most prosperous in the city, and thanks to this it was able to expand. Courtyards, corrals, stables, cellars, and an inn were added.

But from the 19th century onwards it underwent a complete change. First, during the War of Independence, the Napoleonic troops used this monument as an artillery barracks. Then in 1835, with the Disentailment of Mendizabal (a phenomenon of expropriation of church property and land during the reign of Isabel II), the monks of the Order of St. Jerome were expelled and the monument was converted back into a barracks.

Finally, in 1967, the Monastery of San Jerónimo was returned to the order. 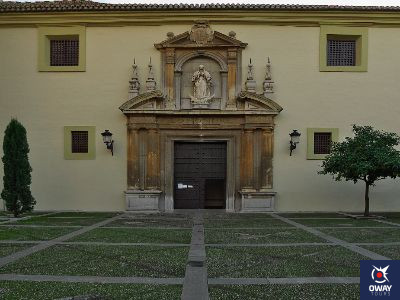 The monument has different opening hours in winter and summer. During the winter it can be visited every day of the week, from Monday to Sunday, with a split timetable in the morning and afternoon:

The summer timetable is established at the same time as the time change. These visits are still daily but with a slight change in the opening and closing times.

Another way to visit part of the monument is through the mass hours:

Please note that the timetable shows the time at which the monument closes, so we advise you to go an hour earlier to enjoy the monument. 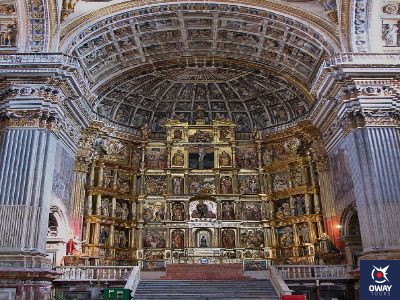 There are two prices for visiting the monument.

In the Cruz Elvira shop, located in front of the Sagrario Church, we can buy the entrance ticket together with other monuments and this way it will be a little cheaper. This monument is also included in the Granada Card. 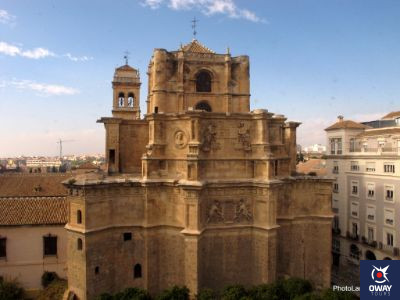 How to get to the Monastery of San Jeronimo

The Monasterio de San Jerónimo is located at Calle Rector López Argüeta, 9. To get to the monument we can opt for the city bus. The bus lines that leave us near the Monastery are C6, U2, U3, 33, N9, or N5. Another way is to take the underground to the Mendez Nuñez stop, an 11-minute walk from the monument.

On the other hand, if you are visiting the city in your own car or with a rental car, you should be aware of the car parks you can find: 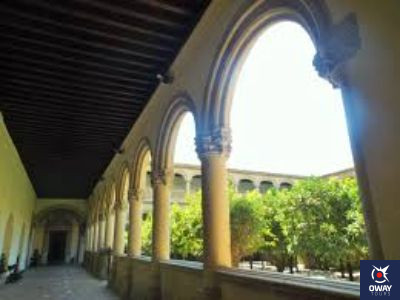 Curiosities about the Monastery of San Jerónimo

This monument was occupied by the Order of St. Jerome, previously settled in the town of Santa Fe. A curious fact about this monument is that it was built with stones obtained from another nearby building, we are talking about the Arab stone used for the construction of the Elvira Gate.

Years later this monument was extended with courtyards, corrals, stables, cellars, and a guest house. But at the beginning of the 19th century, Napoleon’s troops entered the monastery and desecrated the tomb of the Great Captain, and demolished the bell tower. The stones obtained from the collapse of the tower were used to build the Puente Verde (Green Bridge) over the Genil river.

In spite of all the demolitions, desecrations, and expropriations, we can still find two cloisters with the monks’ cells and numerous chapels built by wealthy families of the city.

The main cloister is surrounded by two floors of lateral galleries full of arches, with a central garden replanted with orange trees (as it was in the 16th century). On the central arches of each side, you can find the coats of arms of the Catholic Monarchs and Fray Hernando de Talavera. On the upper floor, on the other hand, there are seven chapel doorways decorated with Renaissance ornamentation. 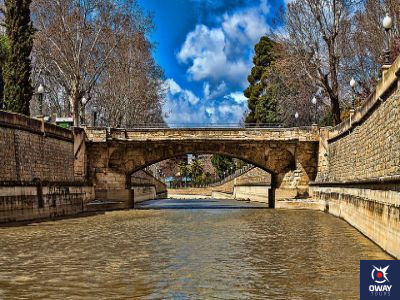