All the information about La Cartuja de Granada | OWAY Tours

On the hills of Aynadamar, we can find La Cartuja of Granada, a beautiful place that dates to the 16th century and that you will undoubtedly enjoy on your visit to the Andalusian city. Being a reference of the last stage of the Spanish baroque, the Monastery of La Cartuja de la Asunción de Nuestra Señora, will be an enclave that will make you fall in love by the beauty of its construction and the incredible history that surrounds it and on which it is based. 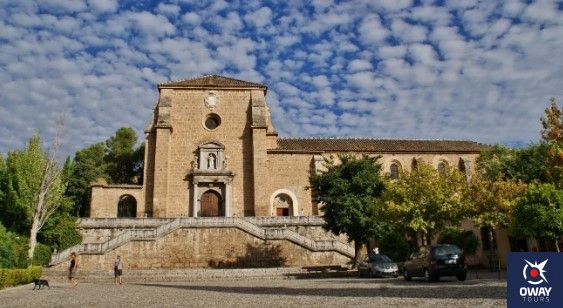 History of La Cartuja of Granada

The Royal Monastery of Nuestra Señora de la Asunción de la Cartuja is located in the city of Granada, in Andalusia, and originally housed a large community of Carthusian monks from its foundation in the 16th century until the first half of the 19th century, specifically in 1835, when they were exclaustrated. Despite its eclecticism, mixing various styles in its architecture, it represents one of the peaks within the baroque buildings in Spain. Currently, it has been considered a Property of Cultural Interest within the classification of Historic-Artistic Monument, and it belongs to the National Artistic Treasure since 1931.

The community of the monastery of Santa María de El Paular decided that this monastery should be built in 1458, starting its construction in 1506 when the location was decided thanks to the transfer of the territory by Captain Gonzalo Fernandez de Córdoba, although the current land where the monastery is located does not correspond to the land given by the captain, so he withdrew from the project. Finally, in the year 1516, the works that took three centuries -from the 16th to the 19th century- to finish, and without having even finished the construction, would be restarted. Only part of the building dating from this period is preserved, since in 1842 the cloister and the monks’ cells were partially destroyed, while the priory house was completely devastated in 1943. 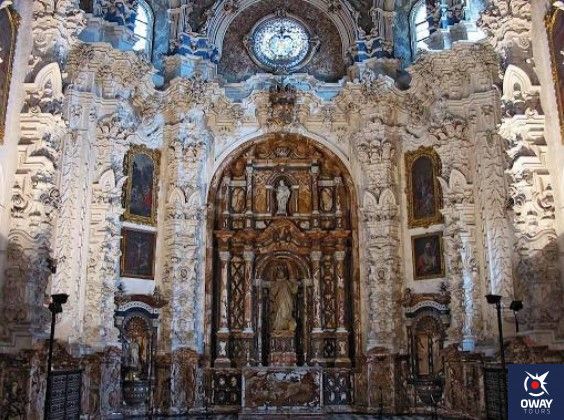 Its decoration in exuberant and its most important spaces are the church, the sacristy, both by an unknown author, and the tabernacle by the master Francisco Hurtado Izquierdo, crowned by an impressive dome that was painted by Antonio Palomino. Inside, the building exhibits an important collection of paintings, including those by the Carthusian monk Juan Sánchez Cotán.

To be more specific, the building consists of the following parts: an imposing doorway made in the 16th century in the Plateresque style that gives access to a courtyard; a 17th century cloister with a beautiful Doric order arch; a refectory with Gothic ribbing and arches, decorated with the works of Juan Sánchez Cotán; the San Pedro and San Pablo Hall or De Profundis, which has an altarpiece also made by Sánchez Cotán; the Layman Chapel, which was built between 1517 and 1519 by Friar Alonso de Ledesma in the Gothic style, decorated with paintings by Vicente Carducho; the chapter house, crowned with a ribbed vault and paintings by Carducho; three chapels located in the cloister; the church, whose construction began in the mid-16th century and was not completed until the early 17th century, divided into three parts, each with a different access; the Sancta Sactorum or Tabernacle; and the sacristy, which began construction in 1727 and was not completed until 1764. It is decorated in a very rich way, becoming a worthy exponent of the final phase of the Spanish Baroque. The dome was painted in fresco by Tomás Ferrer, highlighting various founders of the Order of the Carthusians, such as St. Bruno and St. John among others. 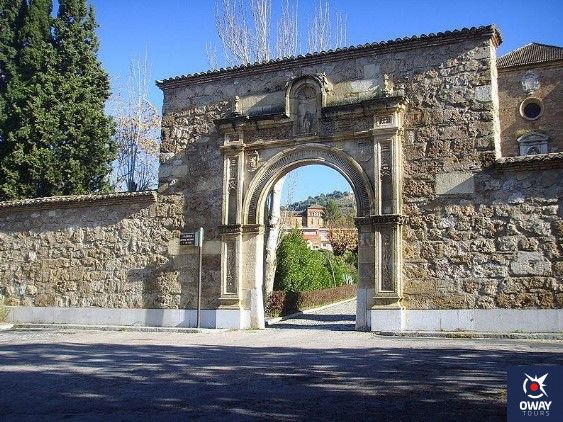 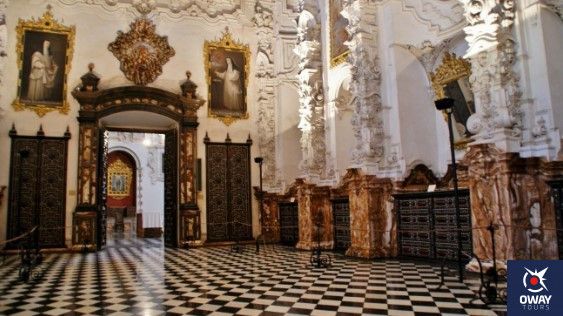 Admission prices vary depending on the type of user. For example, the individual entrance fee for over 13 years old is 5 euros and includes an audio guide free of charge. On the other hand, if we prefer to go in groups, the price is the same: 5 euros, and it also includes the free audio guide. For visits to schools in Granada, entry is free during school hours and by prior reservation. For people with different capacities >33% the entrance is free. Students from 13 years of age, as well as school and university students up to 25 years of age, only must pay 3.5 euros on presentation of their student card. Children up to the age of 12 enter free of charge and, on Thursdays from 15:00 to 17:00, all users can enter free of charge, provided that a reservation is made 24 hours in advance. 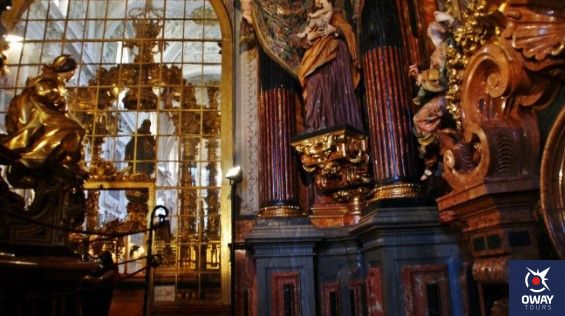 Curiosities about La Cartuja of Granada

The Cartuja from is located on the hills of Aynadamar, a place that was of great importance to the Muslims. It is full of beautiful orchards and gardens that are watered with the waters that come from Alfacar. The Muslims settled there, setting up their recreational estates, and celebrated great feasts and impressive banquets. Its name, Aynadamar, according to L. Mármol, means “Fountain of Tears”, making reference to the homonymous ditch that passes through there and brings its waters from the neighbouring village, Alfacar, also supplying a large part of the Albaicin district along its route. Nowadays, the environment has changed radically due to the construction of university buildings and blocks of flats.

The different Access doors in the 16th century church are due to the fact that one of them was oriented towards the entrance of the faithful and the other two communicated directly with the cloister, so they were used by monks and laymen. The one at the foot, in the narthex, is in the neoclassical style and is very simple, with a semicircular arch framed by Ionic columns and, in the entablature, we find a niche with the image of St. Bruno.

The great captain, who was responsible for the first design of the building, was buried in the former convent of San Francisco, in Casa Grande, in 1515, which is now the Captaincy General. His remains were later moved to the Hieronymus Monastery, but during the Napoleonic invasion in 1810, his remains were stolen, scattered, and plundered throughout the enclave. A neighbour, upon realizing it, picked them up and kept them until the French soldiers left the country in the year 1812. As a result, the remains of the great captain and the rest of his family were moved to Madrid for analysis. The Spanish Ministry wanted to build a Pantheon of Spanish Illustrious Sons, but this was not carried out and the remains were returned to Granada. At present, the remains of this important personage rest in the Monastery of the Immaculate or Monastery of the Hieronymites. 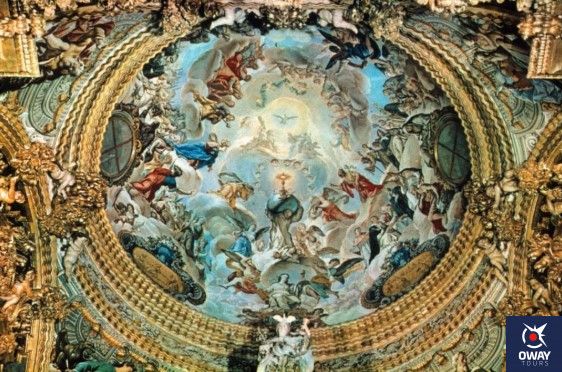