▷ Information about the Museum of Fine Arts of Granada

Granada has thousands of plans to do so you will not get bored. In addition, it is a city that has a lot of history and thousands of famous monuments. You can come and visit the Alhambra, with its impressive Generalife, the Palace of Charles V or the Museum of Fine Arts.

So, if you are an art lover you cannot miss going to the museum of fine arts of Granada, where you will enjoy seeing contemporary art and more than two thousand three hundred works, spread over ten rooms in the museum. In addition, you can enjoy the whole day there since this area has restaurants where you can enjoy the gastronomy of Granada.

Also, in this area of the Alhambra, the Generalife offers night visits so there is no excuse to go to this place and you can also get there by public transport.

Are you going to miss one of the most impressive places in Granada? Come and enjoy this place, which will remain engraved in your mind.

History of the Museum of Fine Arts of Granada

The Museum of Fine Arts of Granada was inaugurated in 1839 and was the first public museum in Spain. This museum was opened with the artistic goods of the religious orders after the disentailment of Mendizábal and this was carried out in the years 1835 and 1837.

Many of the collections that make up this museum are funds of the disentailment of Mendizábal and prevails the Granada painting of religious themes that were made between the sixteenth and eighteenth centuries.

In the 20th century the collections began to increase with new acquisitions or donations. This is divided into two periods, the first of D. Emilio Orozco (1956-1972) and the second, which is the one that is currently there is the one that begins in 1984 with the Museum Collection of Andalusia.

The museum has had several seats until the definitive installation, on the floor of the palace of Carlos V. This was designed by the painter Pedro Machuca with a Renaissance style in the sixteenth century. In 1995, the museum was divided into two parts, the first is the Alhambra and the second is the Generalife.

The museum currently has a renovated appearance. It has several exhibition halls, although not all the works are in place due to space limitations. Therefore, a contemporary art rotation program makes it possible to renew all the contents. 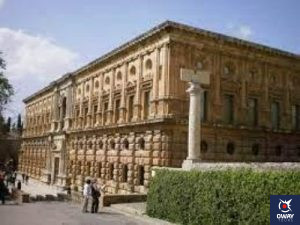 To visit the Museum of Fine Arts of Granada, we must consider two schedules depending on the season in which we are, as they have summer and winter hours.

The price of the visit to the Museum of Fine Arts is 1 ‘5€, but this price has several exceptions.

Some people can enter the museum for free, depending on the conditions of free admission. These conditions are that during the whole year nationals of EU member states, students, people over 65 years old, retired people can visit the museum for free. In addition, persons with a degree of disability of at least thirty-three percent and members of ICOM will also be admitted free of charge throughout the year.

All visitors can access the museum free of charge on the following days: Andalusia Day (February 28), International Museum Day (May 18), World Tourism Day (September 27) and on the day of the European Heritage Days.

People with physical disabilities will also be able to access the museum, as it is accessible to everyone. In addition, you can also book group visits.

Many of the collections that hold the essential part of the museum are the collections of the disentailed funds, in which the painting that predominates is the Granada of religious theme. Many of the works come from monasteries such as La Cartuja or convents such as San Francisco, La Merced, the Trinitarians of the Discalced Augustinians.

The director of the museum in 1956 and 1972 was Don Emilio Orozco Díaz, who managed many of the acquisitions and donations to replace the absence of works by Granada artists.

Many of the rooms of this museum were closed to complement their conditioning and in which they have intervened in a large number of the collections, which has stopped the deterioration of some of its artistic values and many of them have been restored. 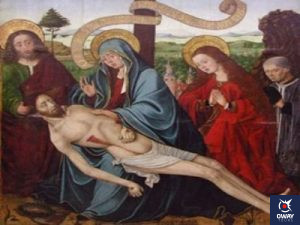 How to get to the Museum of Fine Arts of Granada

To get to the Museum of Fine Arts we can go by public transport or private transport. If we access it by public transport, you must take the city bus, in which the line is with destination Alhambra, as this museum is located inside the palace of Charles V which in turn is within the famous and impressive Alhambra.

Curiosities about the Museum of Fine Arts of Granada

One of the most outstanding curiosities is that this museum is in the Palace of Charles V, in the Alhambra. So, there is no excuse to visit this museum at the same time we visit the impressive Alhambra.

In addition, this museum is composed of ten rooms, and each one is formed by a different theme. One of the rooms is for contemporary art, another room is for temporary exhibitions, then there are rooms dedicated to painters as well. So, this museum has a tour with two concepts, one is the uniqueness of art in Granada and the other is that of Granada in art.

Another curiosity that stands out is that the museum has more than two thousand three hundred pieces, so you will not get bored. And besides, it has a good location, specifically it is located near the Generalife and the Alhambra. 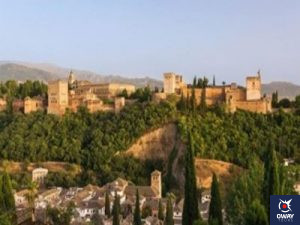