All the Information about the Malagueta Bullring | OWAY Tours

The Malagueta Bullring has been hosting and celebrating bullfighting events for over 140 years. It is a must if you go to the city of Malaga, as it has a great historical tradition, enjoys an impressive presence within the city and is of great beauty. Moreover, it is located in a central area of Malaga and, since last summer, it houses the function of Cultural Centre where many events are held and famous people from the world of Literature and Arts hold conferences in this magical and special place. Therefore, La Malagueta Bullring can become a very interesting visit for all kinds of public. Furthermore, the bullring has been hosting gastronomic celebrations for some years now, such as the gastronomic fairs or “The Gastronomy Square“, in which various companies offer tastings and tapas of typical products of the city of Malaga. 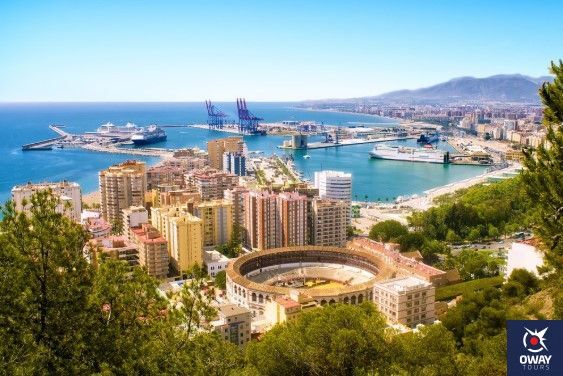 La Malagueta is a bullring located in the province of Malaga, specifically in the area that gives it its name: La Malagueta, next to Paseo de Reding. Its construction began in 1847 by the Spanish architect Joaquin de Rucoba and Octavio de Toledo, who also worked in the Atarazanas Market, Malaga Park and, outside it has made works such as the town hall of Bilbao or the Arriaga Theatre.

The inauguration of the bullring was celebrated on June 11, 1876, with a bullfight led by the bullfighters Rafael Molina Lagartijo, Antonio Carmona y Luque, and Manuel Domínguez. The plans of the project carried out by the architect Rucoba, specifically those of the structure of the building, the pillars, and the balconies, are currently conserved in the Royal Gaudí Chair of the Superior Technical School of Architecture of Barcelona. It is not known for sure why the plans are preserved in Barcelona instead of in the city of Malaga, although the rest of the documentation can be found in the County Council of Malaga.

During the last months of the Civil War, in 1939, the great saturation that existed in the concentration camps for prisoners in Malaga, which were located in the La Aurora factory, led to the bullring being used for this purpose. In 1943, it was again used as a prison housing foreign refugees who had fled from France during the Second World War.

In 1976 it was declared a Historic-Artistic Site, just on the centenary of its inauguration. Later, in 1981, it was declared a Site of Cultural Interest. At present the ownership of the bullring belongs to the County Council of Malaga, since the Council of Malaga made a transfer of rights of possession in order to pay debts it had with the County Council.

The building style of the bullring is neo-Mudejar, and after the reform that was carried out in 2010, has a capacity of 9,032 people. The diameter of the ring is 52 metres, and within the installations of the bullring we find 4 corrals, 10 chiqueros (pens), a corral for the horses, stables, a bullfighting room, and an infirmary. In addition, within its premises is located the Antonio Ordóñez Bullfighting Museum. 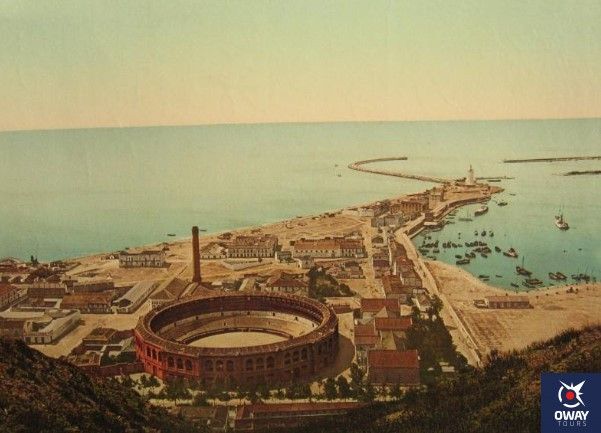 The Bullfighting Museum of Malaga “Antonio Ordóñez” is open from Monday to Friday, from 9:00 to 14:00. However, it is closed on Saturdays, Sundays and holidays. 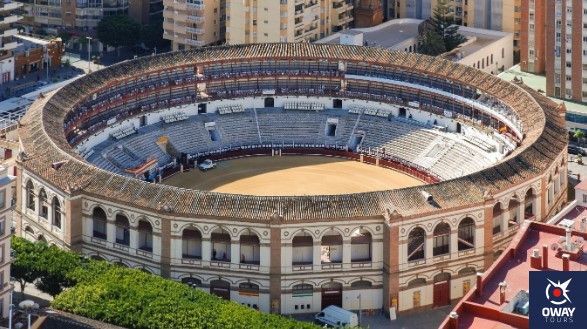 The general price for all visitors is 1.80 euros, while for children under 7 years of age entrance is free.

How to get to La Malagueta Bulrring

The Malaga bullring is in the heart of the Malagueta neighbourhood, that is, practically in the centre. It is a 15-minute walk from the Plaza de la Marina and about ten minutes from the Cathedral, so going on foot is one of the most recommended options if you are in the city centre.

On the other hand, if you are not staying in a central area during your visit to the city of Malaga, there are numerous EMT bus lines that will drop you off at the Plaza de Toros stop, right in front of it. The lines you can take to get to the bullring are 3, 11, 32, 33, 34 and 35. 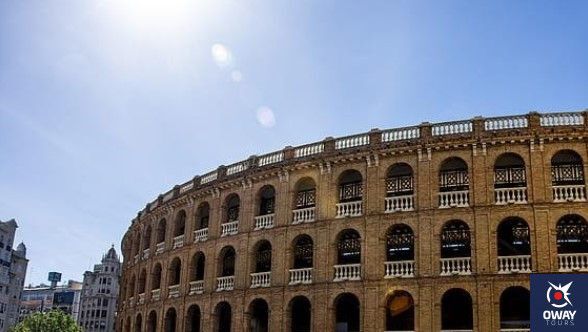 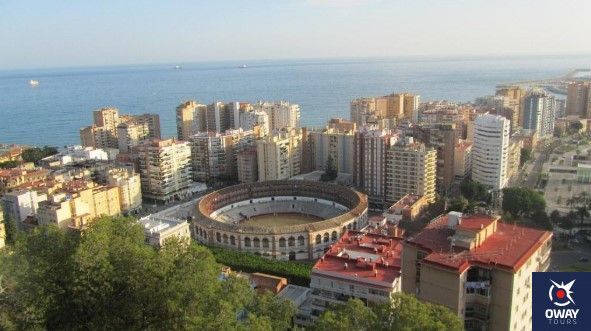