▷ All the information about the Caves of Nerja | OWAY Tours

The Caves of Nerja

In the westernmost part of the Axarquia of Malaga, we find a village more than 42,000 years old. Its name comes from the Arabic Narixa, which means abandoned fountain. This area stands out for being the second residence of many British people who are looking to spend their retirement on the Costa del Sol, where they live the best summers and enjoy an overwhelming tranquility.

But, apart from the sun and the beach, very close to the historic center of this town we find the ideal place for speleologists and nature lovers, the caves of Nerja. Here, paintings that could constitute the oldest images of cave art in the history of mankind appeared. Read on to find out more about this fantastic discovery that took place in the middle of the 20th century. 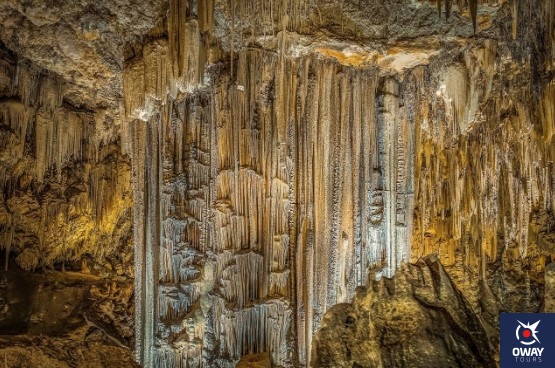 History of the Caves of Nerja

As we have already mentioned, these galleries were discovered in the middle of the last century, in 1959. The discovery was made by a group of young people who went out in search of bats. They entered into a narrow pit just after breaking one of the stalactites that prevented them from passing through.

Inside they found bone and ceramic remains. They left frightened, thinking that they were contemporary corpses without knowing that they had just made one of the greatest discoveries of its kind. A doctor and a photographer were the ones who confirmed the discovery and it was made public for the knowledge of everybody. 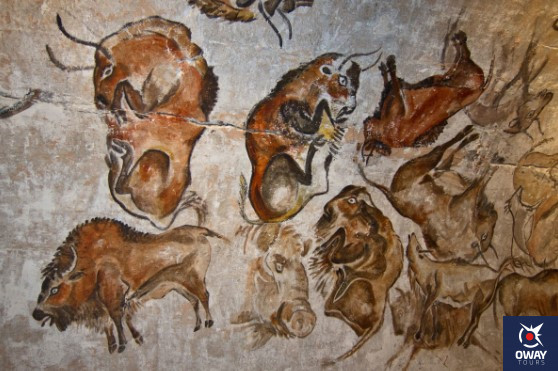 The public entrance was allowed after its inauguration in 1960. They had to locate the original entrance that had been sealed, thus allowing the conservation of its interior. On a geological level, these caves have witnessed the advance of humanity to such an extent that if they were conscious, we would be only an instant of their existence for them.

These caves have been formed by rainwater dissolving the rock as it seeps, something that happened 5 million years ago. At an archaeological level, research is still ongoing and active. In terms of tourism, the town has experienced considerable economic and demographic growth due to the boom that the discovery of these caves brought. They are visited by thousands of people every year and provide a great source of income, becoming the main sector of the area.

Concerts in the Caves

It is surprising that another of the uses to which the caves of Nerja is that it is seat to an auditorium for the Music and Dance Festival to commemorate the discovery of this space. These concerts are held between June and July and the stage is the best host for a spectacular summer night to enjoy music and art. The cave plays the role of a natural auditorium, so the cavities provide a great sound and experience. 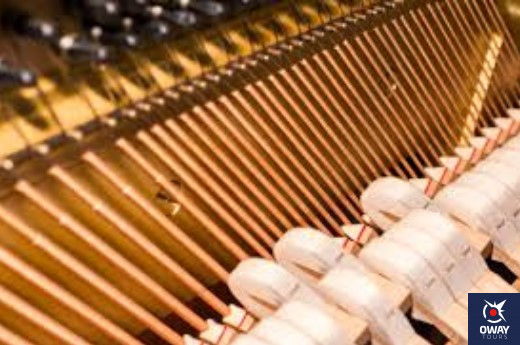 In 2019 the 60th edition was held between 29 June and 3 August. A total of 11 concerts, 9 of which were held outside and 2 inside. The Festival includes high level music and dance performances. For conservation reasons, they are held only exceptionally inside the cave while the rest take place in the exterior enclosure. Among these diverse shows we find Estrella Morente, Ana Belén, Cepeda or Pastora Soler.

Tickets cost range goes from 17 euros to 33 euros and they are available from days before both on the internet and at the ticket offices of the Nerja Museum. You can also buy the tickets at the cave itself. A luxury for all those who love music and speleology that will not be seen on another occasion like this one.

Cursiosities of the Caves of Nerja

Among some of the curiosities of the caves are the following: first of all, the Cave of Nerja is also known as the Natural Cathedral of Malaga. This is so because of its enormous natural vaults full of stalactites. This cave was declared an Asset of Cultural Interest and is part of Spain’s Historical Heritage, which makes it an outstanding place within the Spanish geography.

On the other hand, the largest stalactite in the world is found in these caves. More specifically in the Hall of the Cataclysms and is about 450,000 years old. This single stalactite has already witnessed much of the history of humanity. It measures 60 meters high and another 18 meters in diameter, where the Guinness Book of Records itself recognizes it as the largest of its kind. 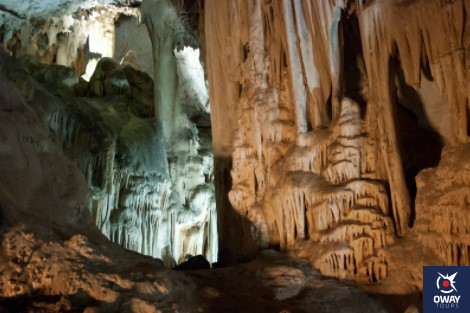 Other curiosities are the excavations and studies of the cave paintings that have been carried out. One of the last is a Paleolithic painting of what looks like a whale. This proves that this cave has been inhabited for more than 40,000 years, making it one of the caves where human presence has been maintained for the longest time. As another curiosity, among the food of those who occupied the cave are monk seals, dolphins and other fish such as gilthead breams, snappers and groupers.

There are several things to know about the prices in the Caves of Nerja. The general entrance fee is 8.50 euros, for children it is 4.50 euros and for groups it is 6 euros per person.

However, there are three different rates:

There are three different timetables:

It is closed on January 1st and May 15th.

The Rooms of The Caves of Nerja

The Caves of Nerja are known as one of the largest caves in Spain, making it one of the most important on the Peninsula. Within these caves, there is a division by galleries that are composed of different rooms. The Low Galleries (also known as Tourist Galleries) are made up of spacious rooms with very high ceilings. You can find inside them:

The High Galleries were opened to tourism later on, they have a peculiar morphology and you can see it there:

Finally, the last area discovered in 1969 and 1970 are called New Galleries. They can be visited since the 90s through a narrow pass located in the Room of the Cataclysm. The rooms that compose it are:

Apart from the galleries, the Cueva de Nerja has more than 500 cave paintings from the Upper Palaeolithic and recent prehistoric periods. 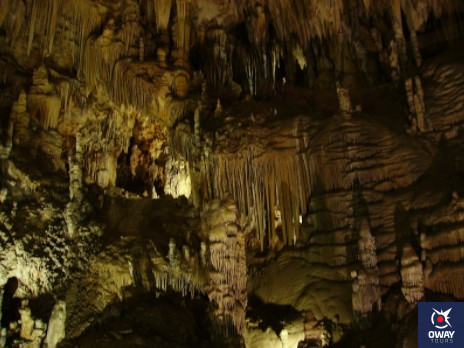 How do I get to las Cuevas de Nerja?

To get to Nerja from Malaga you can do so from the motorway, in addition to bus lines that are available throughout the summer. The only line from Malaga is the M-362.

The Cueva de Nerja is situated 50 km from Malaga and access to it is very easy and is made from the Mediterranean motorway (A-7), direction Almeria. Exit 295 is signposted “Cueva de Nerja” and takes you directly to the cave. 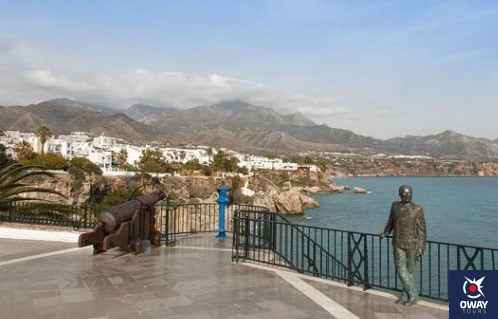