All Information about the Alcazaba of Malaga | OWAY Tours

At the foot of Mount Gibralfaro we find the perfect combination of history and beauty in the Alcazaba. The fortress palace is one of the historical monuments of the city of Malaga. A defensive Moorish castle protected by walls. At its feet is the Roman theatre, from which many of the pieces were plundered for the construction of the castle we are dealing with, and opposite it is the Customs House. It is the perfect example of the union of cultures, Roman, Arab, and Renaissance, which makes this corner of the city special. 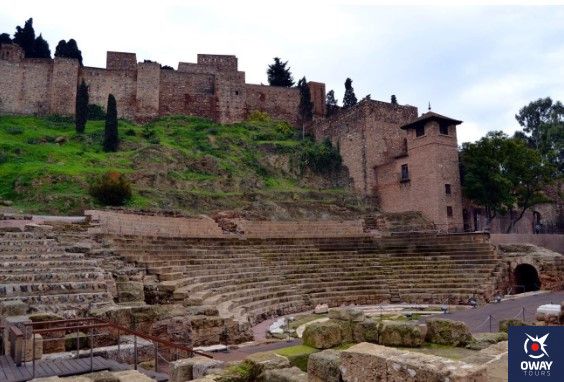 History of the Alcazaba

This fortress palace was built between 1057 and 1063 by the Muslims in the service of the Berber Taifa king of Granada. Materials were used from the old, desolate Roman theatre, which was then used as a cemetery. It is in a strategic place, like most citadels, at the foot of Mount Gibralfaro. From its construction until 1279 it was used as a Moorish defensive castle, but after the conquest of the Nasrid kingdom it was reformed, obtaining the vision of the monument as we can find it today, with its Moorish courtyards and gardens. Its rooms seek in the interiors the alternation of light and shadow to achieve the play of light and shadow so well mastered by the Arab master builders and which clearly followed the traditional architecture of Granada.

We find elements such as the matacanas, the albarran towers with arrow slits and crenellated walls that served as defensive elements. The citadel was surrounded by a whole neighbourhood, which has now disappeared, but which was discovered in the 1931 excavations, which had its own sewage disposal system, with latrines in almost all its houses, which proves that this neighbourhood belonged to a high civilian class in the society of the time. These dwellings occupied 32% of the surface area of the inner walled perimeter, which meant that their layout was conditioned. Today, the interior space that remains is about 15,000 square metres, with 7,000 square metres of buildings.

It has undergone successive reconstructions, some up to the 20th century, and is now open to visitors with an important archaeological display. During the first excavation works, remains of Roman walls, concrete covered with red stucco and small pools carved out of slate, used for the preparation of garum, a fish paste made by the Romans for fish, were discovered. All of this is reminiscent of the Roman theatre.

Curiosities about the Alcazaba of the Alhambra

The Alcazaba of Malaga has its own defence system that makes it considered one of the best of the time. There are three enclosures that protect the palace, one inside the other, which improves the control and defence system.

It is interesting to know that one of the defensive spaces contains dungeons that were used during the night for the Christian captives who worked during the day. Today this space is closed to the public, but it is a meadow path that does not foreshadow the torment they experienced underground.

The palace is in a privileged position, high up, and therefore a well was the official supplier of water when it was not possible to go out in search of it. This well, which many people do not know about, is called Airón, and is about 40 metres deep.

We can also see a sealed door, as this was the king’s escape route in the event of an invasion. It is an intermediate space that allowed the king to cross the city of Malaga until he reached the Torre del Homenaje (Homage Tower). When Gibralfaro was built, the gate ceased to be used and was covered up. 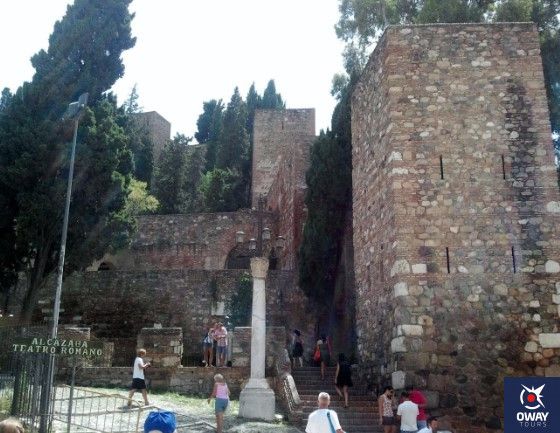 Opening hours to visit the Alcazaba 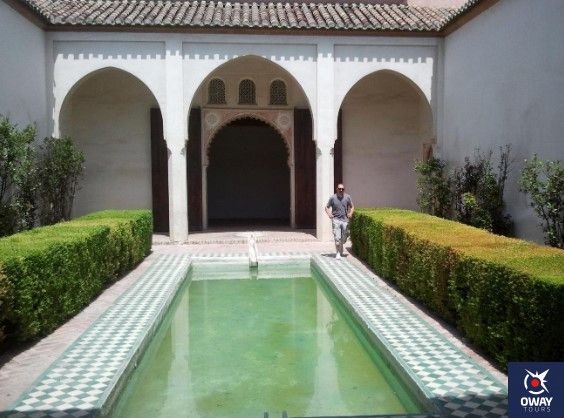 Prices for visiting the Alcazaba

The entrance fee to the Alcazaba is €3.50, but if you prefer a night visit to this historic monument, visited by more than 500,000 people every year, the price is €5. You can also buy a ticket for a visit to the Alcazaba and Gibralfaro for €5,50.

Admission is free every Sunday from 14.00 hours until closing time. Although reduced price tickets are applicable to all residents of Malaga city, children under 12 years of age, people with reduced mobility, school children or student card holders, pensioners and large families, the reduced price is 1.50 €.