All the information about the Acinipo Site | OWAY Tours

A few kilometres from Ronda are the ruins of the ancient city of Acinipo. Most of the remains date from the Roman period and are a delight for any lover of ancient history. Even if you are not a great connoisseur of the Roman world, a walk through the ancient houses of Acinipo allows you to take a look at the past of the area.

History of the Acinipo Site

Acinipo has been occupied from the second half of the third millennium before Christ, corresponding to the Neolithic, until the fourth or fifth century of our era. From the Copper and Bronze Ages it is possible to observe some possible circular dwellings. Although without a doubt the most important stage of the site is the remains2 of the Roman period. It is believed that the city was the capital of its region, due to the large amount of coins that were found. Some of them were minted in the town, which implies an evident political and administrative prominence. Located on a steep slope, it was necessary to develop a series of terraces in order to build on it. They constituted a walled enclosure although only some parts remain today as defensive towers and what is believed to be the southern entrance to the municipality. As for the buildings, two constructions stand out, most probably houses, with a patio and a small pool. Apart from that, what is most striking is the theatre and the thermal baths with their hypocaustum. These are the underground galleries that served to heat the water and the walls of the spa. The site has been known for centuries and in fact was studied by different scholars during the 16th and 17th centuries when archaeology was not even developed. From the 3rd century it began to decline and in the 4th century the testimony passed to Arunda that years later would become Ronda. Nevertheless, the remains of ceramics that have been found in the different excavations suggest that the population did not abandon the town completely until the 7th century. 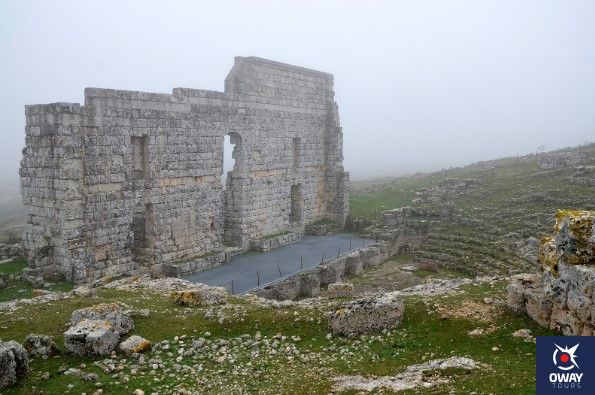 Parts of the Acinipo Site

It must be taken into account that the site represents an entire medium-sized city, so there are quite a few remains to be found. In addition, there are many areas that have not yet been excavated. Therefore, here we will point out the most characteristic buildings of what has been discovered. 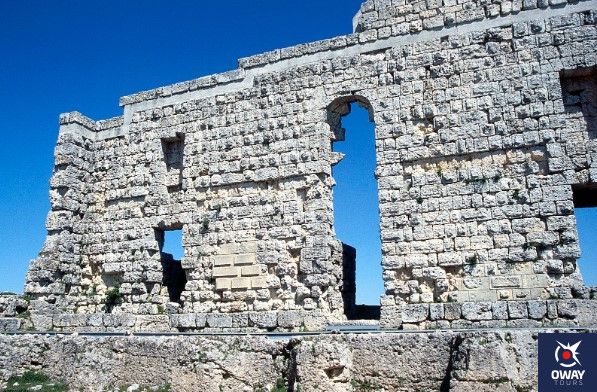 It is practically completely preserved, with the exception of the most important architectural elements, so it is not difficult to imagine how it was. It was Fariña de Corral during the 17th century who identified it although it was already described before. From the Augustan period it could hold up to two thousand people in its stands, which were excavated on the bedrock, so it must have had several exits, called vomitories. Unfortunately, we do not have the rest of them since the perimeter wall was not maintained. Its scenic front is one of the best that can be found at present in ancient Hispania. Generally speaking, it is one of the best preserved buildings in Acinipo, but also in the whole peninsula. Following Vitrubio’s model we can see different parts that composed the typical Roman theater. A semicircular Orchestra with pink marble tiles was the best seat just in front of the scene that was reserved to authorities and where the choir also performed. The entrance corridors to the orchestra, called aditus. The Proscaenium (proscenium) was where the acting work really took place. There are more parts but these represent the essential to know what these ancient theatres would be. 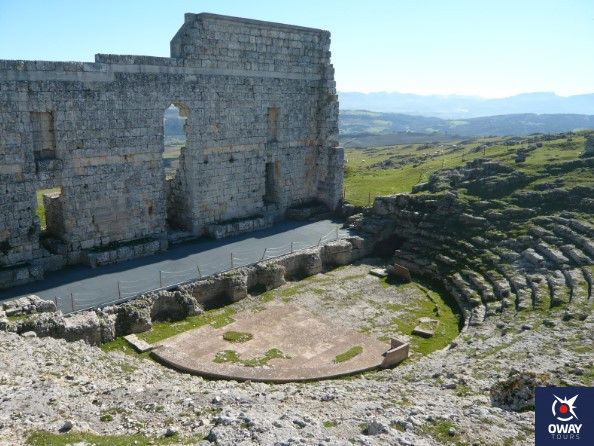 They constitute one of the most characteristic spaces of the Roman past. They were called termas if they were public and balneum if they were private. Those of Acinipo date from I b.C. and follow the traditional structure. Therefore they are composed by a caldarium, the hot water room, the tepidarium, with warm water for preparing the bather, the frigidarium, the cold water room and other rooms for leaving clothes, resting, eating, etc. They are located in the lowest area of the enclosure due to their proximity to an aquifer. As they were quite expensive to maintain, they were in charge of the decurions. With the progressive abandonment of the city they fell into disuse from the 3rd century b.C. It is believed that they were reused as a glass workshop because of the furnaces found inside. 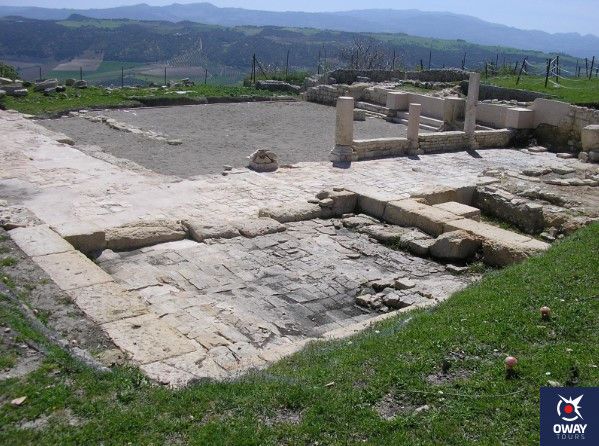 Schedules, Prices, How to get to Acinipo Site

The only way to get to Acinipo is by car. Leaving Ronda, take the A-374 road, direction Seville. After about 8 km take the detour to the MA-7402 and after about 11 km you should see a signposted detour to the left for the site. The journey takes about half an hour, entry is free and it is accessible any day of the year. It is also possible to visit the ruins through the WineBus wine route. It costs 59 euros per person, the price includes the bus, entrance to various wineries with tasting and a guide. 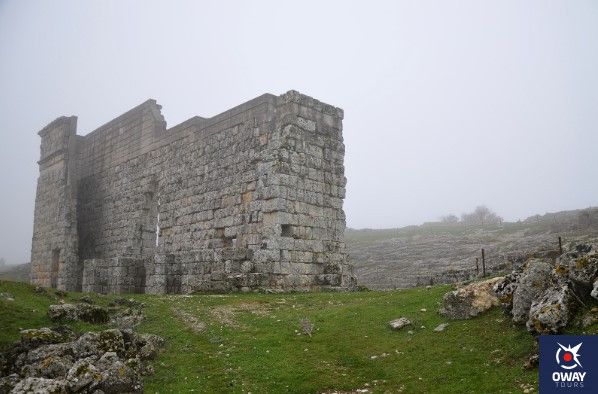 Curiosities about the Acinipo Site

For many years the site was known as Ronda la Vieja, because it was believed to be the original settlement of the town. Nevertheless, it was discovered that Acinipo lived with Arunda, a municipality that would eventually develop into the present city. The name of Acinipo appears for the first time in the sources of Ptolemy and Pliny the Elder although its etymology has been studied mainly through the coins of the archaeological site.

Nowadays there are two theories about what its name could mean.Some argue that it comes from Acini which would mean picacho and the word tartesa ippo which would be translated as city.  Thus Acinipo would be the city of the inhabitants of the picacho.Through numismatics another conclusion has been reached. Since the iconography of the municipality appears with a bunch of grapes, Acini would actually come from the Latin word for grape. 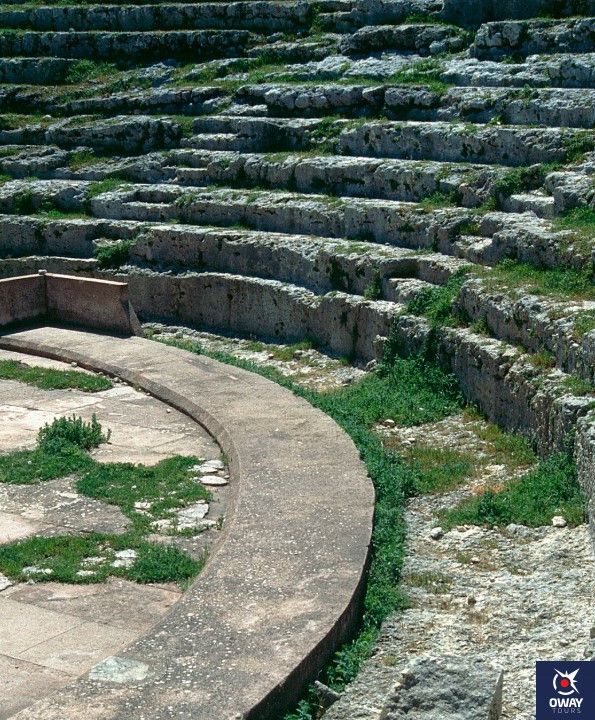