All the Information about the Convent of Santo Domingo in Ronda

The Convent of Santo Domingo in Ronda

The Convent of Santo Domingo, now the Palace of Congress of Ronda, was the seat of the Court of the Inquisition for a long time, and its construction dates to the 16th century. It is a building full of history, it was commissioned by the Catholic Monarchs and it has now been restored to accommodate the needs of small and medium sized gatherings. In addition, it is possible to visit today both the cloister area and the church, which are the best-preserved parts of the convent. 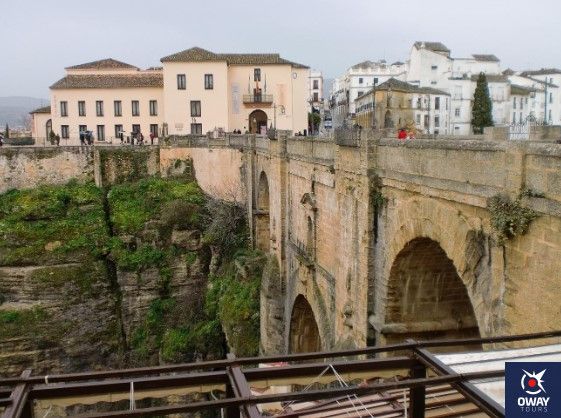 History of the Convent of Santo Domingo in Ronda

It was ordered to be built by the Catholic Monarchs on July 25, 1485, although construction would not begin until the early 16th century. It was carried out for the order of Santo Domingo under the invocation of San Pedro martyr. At the end of the 18th century it was very devastated, in a deplorable state of conservation, and a large part of the convent was given over to the widening that gives access to the New Bridge of Ronda. It was in the 19th century when it was privatised and a supply square was installed, for which it was necessary to demolish part of the convent. At the beginning of the 20th century it suffered a serious fire, and in the 1950s a carpenter’s cooperative moved into the preserved remains. Later it was acquired by the City Council of Ronda in the eighties, and they proceeded to rehabilitate it by means of an intervention that consisted in, through the preserved elements, making a new building.

The convent originally consisted of several parts: the Church, still preserved, was the main one, and it is situated to the southeast. It has a rectangular floor plan and is divided into three naves, the central one being wider and higher, covered by a polychrome Mudejar armour. The naves are separated by Gothic arches that are held up on pillars with beams and semicircular arches, which in turn rest on rectangular pillars. The entrance to the church is on one side, introduced by a simple doorway. The rest of the convent is the cloister, formed by semicircular arches and supported by columns with a smooth shaft and Corinthian capital.

The new rooms are perfectly equipped to accommodate a not too high number of people, namely meetings from 10 to 200 people. Its facilities are versatile and can be adapted to the needs of each event to be held. It has been used for congresses, conventions, working days, meetings, courses, seminars, forums, press conferences, exhibitions, presentations, etc. 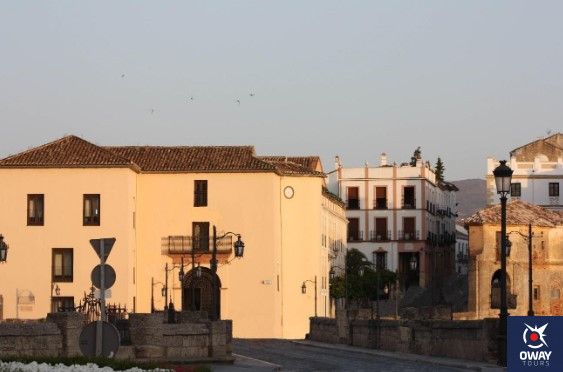 Timetable to visit the Convent of Santo Domingo in Ronda 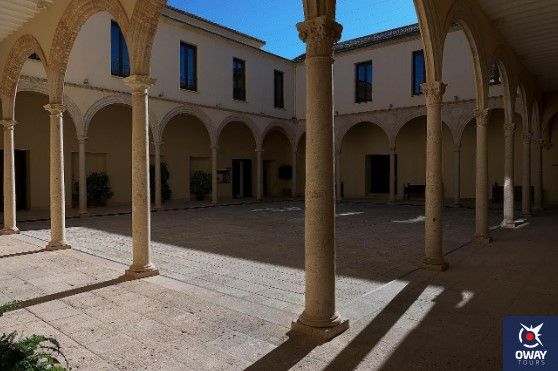 How to get to the Convent of Santo Domingo in Ronda

This emblematic building of the city of Ronda is located at the edge of the Tajo’s cornice, in an end of the New Bridge, that is to say, inside the historical set and, at the same time, very close to the commercial area of the city. Specifically, it is in Armiñán Street 1, in the Congress Palace of Ronda. Therefore, getting there is very easy, as it can be reached by public transport and we can find places to park our vehicle if we prefer. 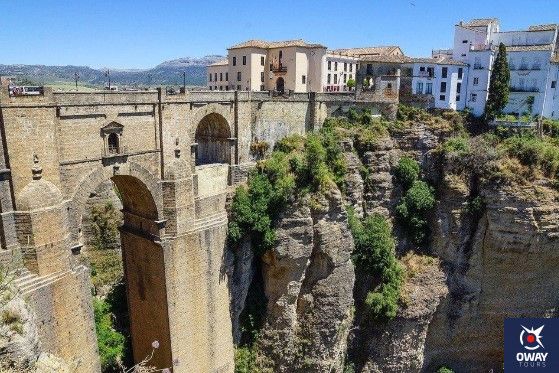 Curiosities about the Convent of Santo Domingo in Ronda

The convent, founded by the Catholic Monarchs in 1485, preserves the church from the first third of the 16th century, built in a Gothic-Mudejar style, despite the fact that it underwent numerous reforms, especially in the Mannerist and Baroque periods. Its naves, as we mentioned, are divided into three by arcades. The Gospel nave is separated by three semicircular arches, and the two closest to the presbytery are slightly higher, supported by rectangular pillars with attached pilasters.

The central nave is covered with a majestic Mudejar armour, typical of the technique of white carpentry so widespread in Spain and Latin America, inlaid and ribbon. The main chapel, on the other hand, is covered by a ribbed vault with tiercerons. The Renaissance cloister is made with semicircular arches and, unfortunately, is in an advanced state of deterioration since it was where the carpentry of the Furniture Cooperative of Ronda was installed.

After the definitive abandonment of the convent by the religious in 1836, it had different uses: prison, barracks, market, workshop… In addition, it presents several styles in the same building: Gothic, Renaissance and Mudejar are the main ones.