The Church of Holy Spirit

Although its small size does not let you see this simple church represents one of the most decisive moments in the history of Ronda, its conquest. Furthermore, its character as one of the first temples of Christianity in the area highlights its symbolic importance, which is reinforced by its status as a historical monument. It is very easy to ignore this small parish but it is a pleasant visit for those who have decided to walk the streets of this significant municipality of Malaga.

History of the Church of the Holy Spirit in Ronda

The construction of this temple is due to a direct order from the Catholic Kings. As in other places after the conquest, the monarchs decided to impose their victory by ordering the raising of a church on the land previously occupied by the mosque. In this way they symbolically replace the Muslim government with a new Christian one. In general, the church has a great homogeneity along its plateresque style structure. It has a single nave divided into three starred ribbed vaults and two side chapels dedicated to the Virgin of Fatima and the Sacred Heart. They have a rectangular floor plan and are covered in a similar way to the central nave as they serve as a transept for the church. They contain movable art as a sculptural set on the Holy Burial where the image of a lying Christ stands out. This is one of the floats that are paraded during the Holy Week. The High Altar contains a Byzantine-influenced Rococo altarpiece depicting Our Lady of the Ancient and the Holy Spirit. One of the most remarkable features is the area of the presbytery which already responds to a baroque taste. It is covered by a hemispherical vault with eight ribs over semicircular arches. A star appears in its keystone. The exterior of the church has a very solid image due to the sobriety of its walls with strong buttresses finished off with Renaissance pinnacles still of a certain Gothic style. The facade, very much in the taste of late Gothic, is in general quite simple. On the door, the only Mudejar detail stands out, a half arch framed by an alfiz. On the top there is a window that still maintains a certain Gothic feel and it is finished off with a pediment with a central oculus. 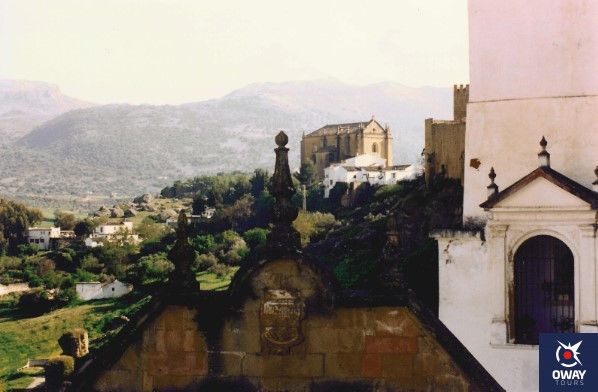 Timetables, prices and location to visit the Church of the Holy Spirit in Ronda

Like many religious buildings the church is only open in the mornings, from 10:00-14:00, although you have to be careful when you visit. This type of monument is still used as a place of prayer so it is possible to arrive and have a mass. In these cases it is best to wait since it is possible to interrupt. Unlike other larger or more touristy Catholic monuments here, visiting and prayer times are not as well managed. Although for this reason too, entry remains free. The church is located at 15 Holy Spirit Street (Calle del Espíritu Santo) in one of the oldest neighborhoods in the town. This is just five minutes from the Duchess of Parcent Square (Plaza de la Duquesa de Parcent), where the town hall is located, and only ten minutes from the New Bridge, one of the main tourist attractions. For this reason, the best way to get there is on foot, by taking a walk through the historic centre of the town. 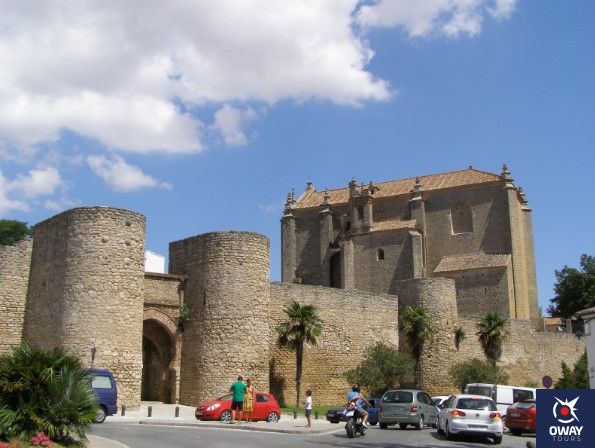 Curiosities about the Church of the Holy Spirit in Ronda

Due to the speed with which its construction was ordered it became one of the first churches of Christianity in the area. In addition, the work was completed relatively quickly only 20 years after the first stone was laid on 1405. Therefore, for a while it was used as the Main Church since the temple of Santa Maria was still being built. The invocation of the Holy Spirit was decided as a way of remembering the day when the municipality fell under Christian rule, on the Easter of the Holy Spirit. Above the semicircular arch that frames the entrance door there is a niche where a dove is placed in reference to the dedication of the temple. During the 19th century, the intention was to unite this parish with the Saint Mary’s Main Church, since the number of parishioners was scarce. However, the neighbors refused because they considered it a nuisance and a danger to have to go through the ruins of the castle in order to reach mass. This protest was also joined by the inhabitants of the San Francisco neighborhood that was going through a similar situation. Finally, due to these difficulties, it was decided to leave the church as a separate temple. 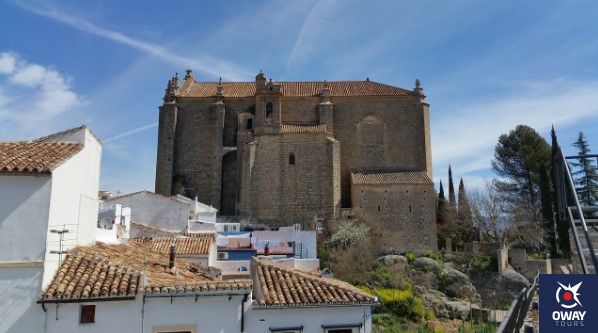