Museum of Fine Arts of Seville

The Museum of Fine Arts is one of the greatest exponents of the artistic legacy of this very cultural city. It is located in the old Convent of La Merced Calzada and its collection includes works ranging from Gothic to the 20th century. The collection of the Museo de Bellas Artes of Seville has been gathered over the years, mainly thanks to disentailed ecclesiastical assets, private donations and public acquisitions. In its numerous rooms, it is possible to contemplate brilliant works by painters such as El Greco, Pacheco, Velázquez and Alonso Cano, among others. Within the exhibition, the space dedicated to Murillo and the Sevillian school of the 17th century and the religious paintings of Zurbarán stand out. 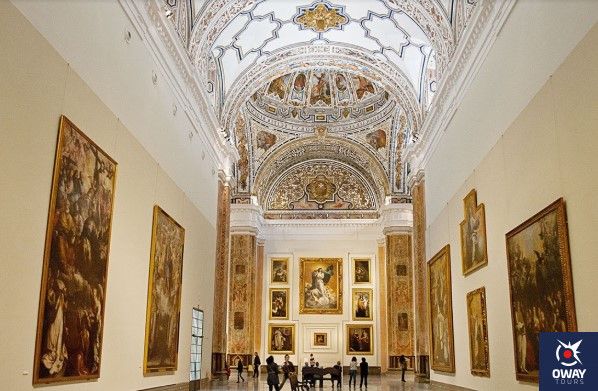 History of the Museum of Fine Arts

The Convent of La Merced served its ecclesiastical functions until 1835, when it was disentailed in the disentailment of Mendizábal, which meant the definitive exclaustration and loss of the convent. The Provincial Museum was created by the Royal Order of September 16, 1835, with the purpose of gathering the works belonging to the suppressed religious orders. However, the Convent of La Merced was not accepted as accommodation for the museum because it was already occupied by the Royal Sevillian Economic Society of Friends of the Country. While the definitive site was being chosen, the paintings and artistic objects collected from the convents were divided between different buildings in Seville and Cadiz, which had negative consequences for the future museum. Finally, on October 7, 1838, the establishment of the museum in the former convent of La Merced was signed and it was also decided that the objects found in the Roman city of Italica should be kept in the convent. This was in force until 1941, when the Provincial Archaeological Museum was moved to the Fine Arts Pavilion of the Ibero-American Exhibition of 1929, in the America Square of Maria Luisa Park and the Convent of La Merced was then exclusively, as the Fine Arts Museum.

Since then, the museum has simply been home to a multitude of artistic works from different periods and styles. Thus, the museum houses everything from medieval jewels from Seville to the series of convent paintings by Zurbarán and the 8 baroque compositions by Valdés Leal.

Likewise, the old church of the convent is dedicated to the Sevillian painter Murillo and the great masters who preceded him in the first half of the 17th century. In this room it is possible to enjoy the set of paintings that it made for the church of the Sevillian convent of Capuchinos, that is one of the best of its production and the most important that conserves the museum.

Curiosities about the Museum of Fine Arts of Seville

In addition to all the great baroque works and ecclesiastical motifs found in the Museum of Fine Arts in Seville, it is important not to forget the Andalusian costumbrist paintings of the 19th and early 20th centuries, which are found in rooms 12, 13 and 14. These paintings are a great exponent of the Andalusian costumbrist style that represents the traditional art and culture of the region, in which the cigarette cases, bullfighting and bandit prints and fair scenes stand out.

On Sunday mornings, an art market is set up in the museum’s plaza to complete the experience for art lovers. 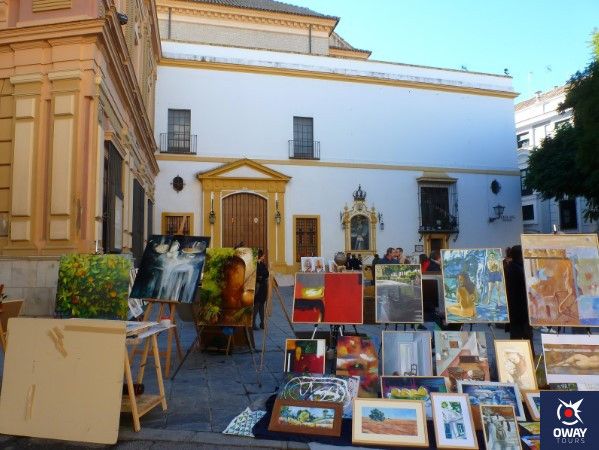 Hours to visit the Museum of Fine Arts in Seville

The schedules to visit the Museum of Fine Arts vary according to the time of the year. Thus, from January 2 to June 15 the opening hours are from Tuesday to Saturday from 9:00 to 20:30. On Sundays and holidays, the museum will be open to the public from 9:00 to 15:30 h.

However, remember to visit the official museum calendar on the website of the Museo de Bellas Artes de Sevilla or any official website of the Junta de Andalucía to check the opening and closing days of the museum. 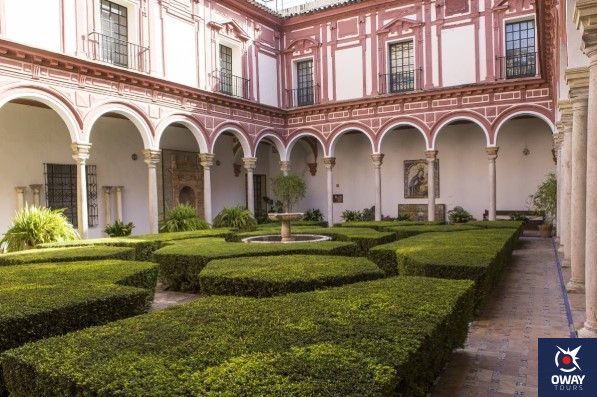 Prices for visiting the Museo de Bellas Artes in Seville

The price of the general ticket is 1.5 euros. However, the museum is free for all members of the European Union who can prove it with an identity card. If you want to make a reservation you can do it previously on the museum’s website. 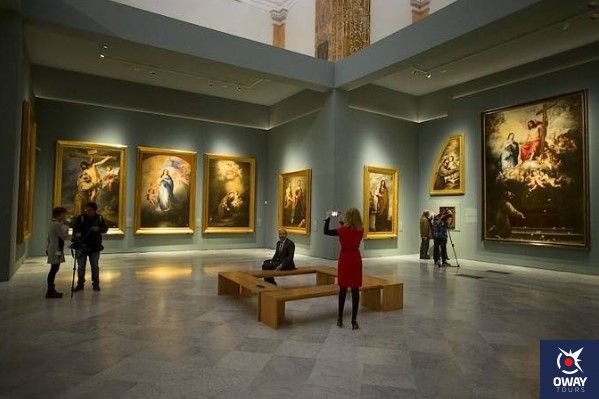 How to get to the Museum of Fine Arts

The address of the Museum of Fine Arts is Plaza del Museo, number 9. The Plaza del Museo is located in the heart of the historic center of Seville, a few steps from the Corte Inglés of the center, about 10 minutes walk from Plaza Nueva and just over 15 minutes from the Cathedral of Seville. However, if you prefer to use public transport to get there, the Plaza de Armas Bus Station is just a few minutes away from the museum, so you can take the Seville city bus lines 3 or 27, which will leave you quite close to this magnificent museum. 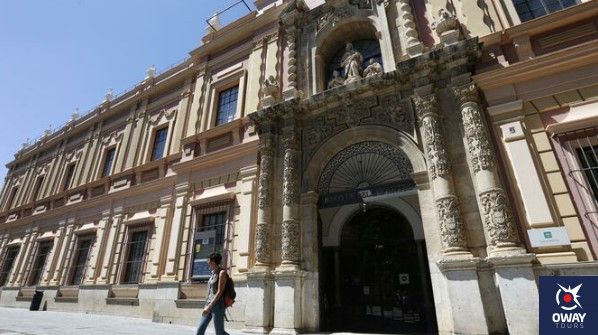