▷All the Information about the Ruins of Italica | OWAY Tours

The Ruins of Italica

Italica was one of the great cities in Hispania (Spain) during the Roman Empire. Located between Hispalis (Seville) and Ilipa (Alcalá del Río), in what is now Santiponce, it is considered by many to be the Pompeii of Seville. With its more than 52 hectares it is a clear example of the power of the Roman Empire during that period.

History of the ruins of Italica

This city was founded in 206 BC by Publius Cornelius Scipio on a hill in the lower Guadalquivir. It was also the birthplace of the emperors Trajan and Hadrian. During the reign of Emperor Hadrian (117-138 AD), it became a colony, equivalent to a metropolis. It was a city that continued to be active during the Muslim period and was renamed Taliqa until the 12th century when it was abandoned.

During the following years, it fell prey to continuous despoilment and became known as Seville the Old, until 1810 when it was occupied by Napoleonic troops and in 1912 it was declared a National Monument. The Junta de Andalucía delimited the area belonging to Itálica in 2001, and it was discovered that more than 50% of it is still unexcavated. 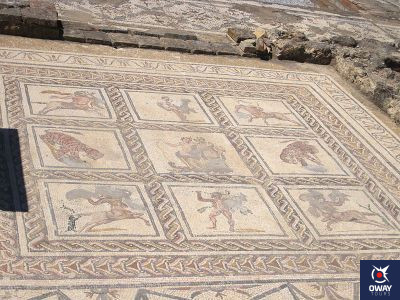 We have a very wide timetable and at the same time, very varied due to the temperatures that we can find in the province of Seville.

From 16 September to 31 March the opening hours are as follows:

From 1 April to 15 June the opening hours are:

From 16 June to 15 September the opening hours are:

It is important to know that the ticket office closes half an hour before the end of visiting hours. In addition, the complex is open on all public holidays except: 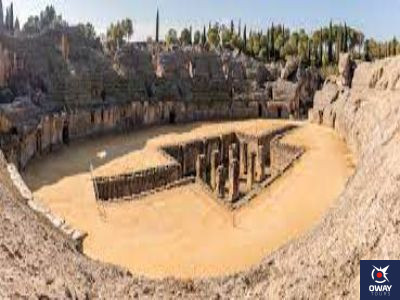 Price of the visit

If you are a citizen of the European Union, the visit will be completely free of charge. It is necessary to provide proof of nationality, i.e. a passport or identity card from your country of origin. For visitors who are not European citizens, the price is 1.5 euros per person. 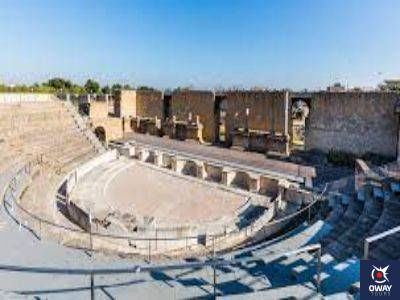 There is also the possibility of booking different types of guided tours such as the Free Tour, the Game of Thrones Route and the Roman Carmona. For these types of tours, you need to book in advance. Discover our routes through Monumental Seville!

How to get to the ruins of Italica

If you wish to come by car, the best option is to take the road to Mérida (south-west motorway or A-5). There is a large parking area in front of the complex where you will have no problem leaving your vehicle.

Another option is to take public transport to reach your destination. As the complex is very close to the town of Santiponce, we can take two metropolitan buses from the Plaza de Armas bus station in Seville. The two lines that leave us at the complex are the M-172 Sevilla-Santiponce and the M-172 B Sevilla-Las Pajanosas. 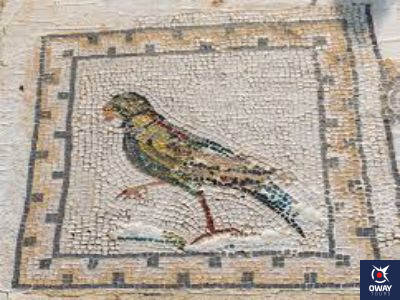 Curiosities about the ruins of Italica

It has one of the largest amphitheatres of the time with a capacity to hold up to 25,000 people. It also has the peculiarity that under the wooden floor there was a moat that was used during the gladiator and wild beast shows.

The Venus of Italica, currently in the Archaeological Museum of Seville, was carved in this city during the reign of Emperor Hadrian. It was not discovered until 1940, half-buried under a house, whose owners used the shoulder of the sculpture to crack nuts. 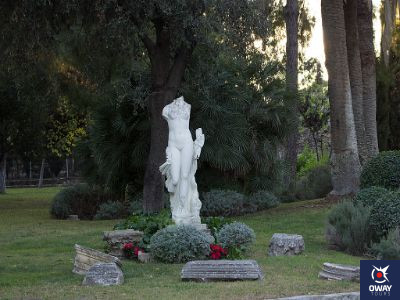 Emperor Hadrian left his mark on Italica, as he had houses built for wealthy local families. These houses are filled with beautiful mosaics worthy of admiration.

On the pavement of the main amphitheatre, we can see replicas of votive tablets or votive offerings. For many, they represent the cult of the goddess Nemesis, whose temple is annexed to the amphitheatre. For others, it symbolises the gladiatorial offerers and the arrangement of the footprints facing each other marks the entrance and exit of different gladiators. 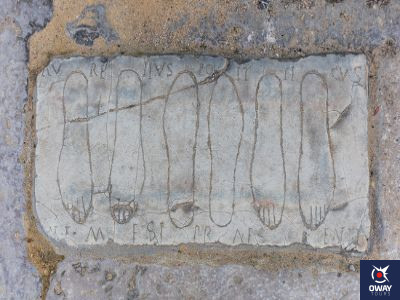